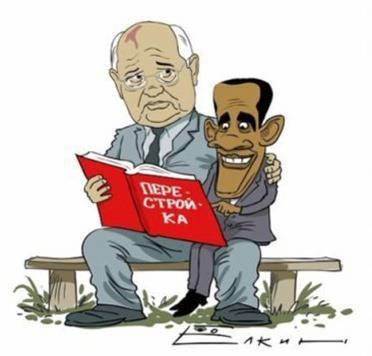 It seems that Ben Bernanke, the head of the Fed, is thoroughly confused in the forecasts about the American economy. On July 17, he not only pleased the American public, but at the same time a certain part of the world community with various pleasant prospects for the US economy, but also scared the congressmen with the uncertainty about the asset buying program. He said that there was no planned buyout rate, but he immediately noticed that the plan could change in one direction or another, depending on the economic outlook. Analysts have brains exploded: what is Mr. Bernanke trying to tell? Have a plan or not? Is there a course or no course? As for economic forecasts, they are issued ... Ben Bernanke.


How is 18 July correspondent ITAR-TASS Andrey Bekrenev, according to Bernanke, the Fed currently adheres to the accepted course, according to which it is planned to complete the asset buying program by the middle of 2014. “Our asset buying program depends on the economic and financial situation and does not comply with any pre-planned course,” Bernanke said at a hearing in the Financial Services Committee of the US House of Representatives.

As Maria Trifonova writes (Utro.ru), Ben Bernanke agitated the world community, stating that the Fed could begin to curtail the asset buying program in 2013, if the situation in the economy contributes to that. But the original plan may undergo changes “both in one and in the other direction” depending on changes in the economic outlook.

It seems that Ben himself does not know what to do: stop the program of "quantitative easing" (QE), or continue.

The global economic community is annoyed by the Fed ’s rush, notes M. Trifonov. So much so that the question of the predictability of the monetary policy of the countries issuing reserve currencies can be raised in Moscow at a meeting of finance ministers and central bankers G20. This was said by the Minister of Finance of the Russian Federation Anton Siluanov.

American vacillation, we add, is characteristic not only for the economy of the world “hegemon”, but also for its policy. The revelations of Manning and Snowden alone are worth something. But Obama is just as stagnant and stubborn as Bernanke. It would seem that the economic and industrial crisis, when the city of Detroit has almost reached bankruptcy, is the time to curtail the programs of the NSA and other special agencies. But no. The NSA will “listen” further.

A US court extended the NSA right to regularly collect data on phone calls from US citizens. The term of the previous permit, existing under the Foreign Intelligence Observation Act, expired last Friday. As transmits "RT", with a request to extend permission for data collection to the court asked the administration of Barack Obama.

Some analysts who specialize in futurological forecasts about the post-global world believe that the United States has amassed great potential for destabilization. This is written by George Derlugyan, a professor of sociology at New York University, a participant in the Post-Globalization initiative. His article is published in a journal. "Expert". According to the professor, what is happening today in the United States indicates a large accumulated potential for unexpected destabilization.

Derlugyan, a historical sociologist, is interested in the answer to the question “why?” If we proceed from this question, then the main thing in Snowden’s revelations is not at all the scale of surveillance, but “fabulous allocations for this hopeless thing in principle”.

“The amount of data collected is inversely proportional to the ability to comprehend them - remember the East German Stasi with its bags of unread eavesdropping materials. But if even a young contract soldier, Snowden, could afford a house in Hawaii, what echelons of more serious people should be perfectly fed from the US counterterrorism budget? ”

Here, the scientist also adds "the financial sector that has been bought out from himself," as well as the "fantastically equipped army, which was unable to restore the expected order in Iraq and Afghanistan."

At the same time, the federal budget is being cut down in the United States on other items, from education and science to the maintenance of national parks.

As the professor recalls, historical experience shows that "imperial systems on the verge of overvoltage are subject to rapid self-destruction." As examples, the scientist cites Ancient Rome and the Soviet Union. The culprits of the collapse of state systems are not openly attacking armies and not internal dissidents.

“Decay comes so suddenly, precisely because it is produced by those who do not themselves expect such consequences of their actions. For example, the most loyal Armenians of Russia who asked only for the transfer of Karabakh from one Soviet republic to another, or foremen of perestroika who sincerely believed in the renewal of the Soviet system. ”

Today, the recession amid dead-end wars has put the United States in roughly the position of the USSR at the start of the 1980s. In addition, as Derlugyan notes, the political elite in the United States is divided into irreconcilable factions who don’t want to negotiate.

The collapse of the USSR was possible largely because it was considered impossible, the scientist writes. That is why the policy of "perestroika" and behaved recklessly.

Indeed, let us add, Obama and Gorbachev in their policies are very similar in many respects. Mikhail Sergeyevich advocated the reduction of nuclear arsenals - this is what Barack Obama is talking about. The Communist Secretary General advocated for the friendship of peoples - Obama, who proclaimed a “reset” between the US and Russia and sent Mr. McFaul to Moscow, constantly repeats the same. The General Secretary of the CPSU Central Committee in the 1986 year at the XXVII Congress proposed the country of developed socialism to “accelerate” strategically, which very soon caused hidden inflation, and the inhabitant of the Oval Office approved the initiative of Ben Bernanke on accelerated inflation of the economy with green paper-dollars in crisis time, the consequences of which still ahead. Mikhail Sergeevich, looking at America, spoke of democratization and glasnost - Barack Obama tirelessly repeats freedom of speech and calls the United States "a ray of hope." Gorbachev loved to give speeches, because of which the “Time” program on the first channel of the TV was stretched for an extra hour, - Obama, too, was ready to speak, and the American budget contains a special speechwriter for him - Cody Kinana (whose predecessor, by the way, left to work as a scriptwriter in Hollywood). Gorbachev withdrew troops from Afghanistan in 1989 — Obama will lead them from there to 2014. Gorbachev was given the Nobel Peace Prize in 1990, and the current American president received the same in 2009. The General Secretary of the CPSU Central Committee, the first and only president of the USSR, has destroyed the state socialist system. Obama, quite possibly, is on the verge of the collapse of the capitalist system.

“America succeeded most of all when she set an example to others. During the Cold War, we built the largest arsenal weapons all over the world, and this weapon kept the Soviet Union at bay. But the war was won not by a weapon, but by the example that we served. When the people on the other side of the iron curtain finally managed to look behind it, they saw that our system was providing a better standard of living, and soon the wall collapsed. These people did not want rockets and bombs - they needed dishwashers and the best schools. Unlike ours, the communist system could not provide them with all of this. They needed an American model of life. ”

Then Schiffer is transferred now:

“But when I look at the growing list of what Washington was screwed up with — immigration reform, assistance to farmers, student loans, budget deficit reduction, the tax system, regardless of its fairness or injustice, is so complex that no one can understand it; a health plan that even the ministry that produced this very plan cannot implement; the air force, a third of whose combat squadrons are standing idle, since Congress cannot find a way to finance them, it becomes interesting to me: who will want to imitate this example? ”

It seems, let us add, the American state is bogged down in its own inability to be a state. At the same time, the main actors in the White House continue to believe that their management is effective, because it simply cannot be otherwise. The US government machine is moving like an inertial toy, but Obama, like Fukuyama as a sociologist, continues to believe that the model of American democracy is something like a perpetual motion machine that is constantly working, the model of which the whole backward planet is ready to "rebuild".

Observed and commented on Oleg Chuvakin
- especially for topwar.ru
Ctrl Enter
Noticed oshЫbku Highlight text and press. Ctrl + Enter
We are
Results of the week. “Do you have brains or kyu in your head ?!”Europe is attacking the US economic rake. Will Russia come on them?
Military Reviewin Yandex News
Military Reviewin Google News
202 comments
Information
Dear reader, to leave comments on the publication, you must to register.