Marine base in exchange for a loan 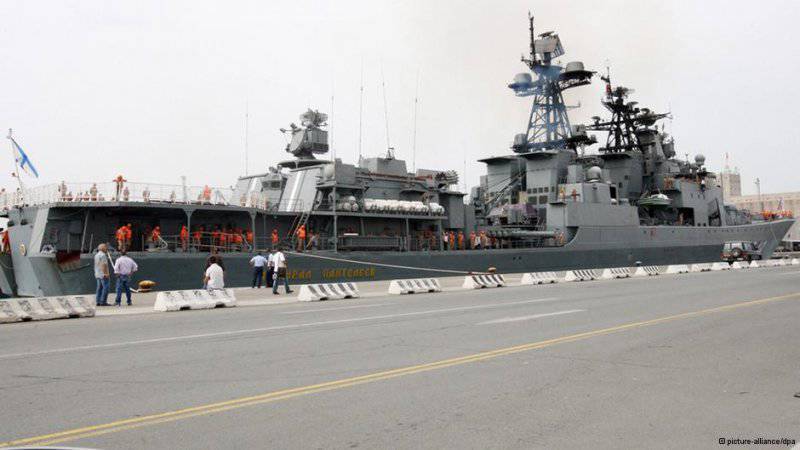 Recently, it was reported that Russia had planned the formation of the Mediterranean squadron, which was a very high-quality system for deterring potential adversaries (read the USA). Such measures have led to the fact that this very enemy decided to take over not only the Mediterranean Sea, but also the entire world ocean, thus realizing its plans and achieving its goals.

Of course, when such information appeared, most of the country's citizens didn’t react to this event, because most of them were concerned with how to feed their families, and not at all with how many submarines and surface ships sailing in the Mediterranean.

It should be noted that over the past two decades, the Mediterranean region has become one of the most intense in the world. In it, with a certain periodicity, bloody conflicts arose that did not at all contribute to a peaceful life. Suffice it to recall Yugoslavia, Lebanon, Libya, Tunisia, Egypt, Northern Cyprus, Syria, Palestine and Israel. In the absence of restraining forces, this region has become a broad path through which representatives of various radical and extremist organizations continually penetrate into Europe. Initially, once in Spain, Italy and Greece, extremists travel around Europe in search of a better life, and all this is done under the patronizing views of the so-called owners of the region. In addition, the Mediterranean is gradually turning into a zone of deployment of the American anti-missile security system, the main purpose of which is to prevent the threat from either Iranian or Korean nuclear weapons.

It is quite obvious that if the situation continues to develop in this direction, then very soon the region will turn into a center of the spread of radicalism, sponsored by the same well-known state. In turn, this can become a serious threat to the security of Russia, which has repeatedly had to deal with manifestations of extremism and radicalism. Obviously, precisely such conclusions were made by the Russian military department after analyzing the situation. Therefore, S. Shoigu stated that in the near future it is necessary to restore the work of the marine grouping of Russian ships in the Mediterranean Sea. In addition, he said that the Mediterranean group is expected to consist of two-thirds of the ships of the North fleet and one third - from the vessels of the Black Sea Fleet. The headquarters of the group will be located in St. Petersburg, and the operational command will be carried out from the flagship.

After such an initiative, there were many critics who expressed their opinion on this issue. So, in particular, in the opinion of the ex-head of the General Staff of the Navy of Russia, Viktor Kravchenko, such a decision is no more than ambition, and his country in the coming years is simply not able to. According to him, before the formation of the Mediterranean grouping begins, it is necessary to determine the status and deployment of the Black Sea Fleet in the Crimea, and for this, it will again be necessary to conduct difficult negotiations with Ukraine. True, it is not entirely clear what the essence of these negotiations will be and what does Ukraine have to do with it? Indeed, on the one hand, there are agreements with Ukraine on the deployment of the Black Sea Fleet in the Crimea before 2042, and secondly, in Russia there is a Novorossiysk base that can be modernized in parallel with the development of the idea of ​​creating a Mediterranean squadron.

According to other critics, the country simply cannot afford to create a new squadron, because in recent years the fleet has not received a single new warship, and if it did, they were very few. Therefore, according to these critics, instead of creating a new grouping, it makes sense to think about sufficiently equipping the already existing bases, and modernizing their crews to the level of the ships of a potential enemy.

Of course, there is some truth in these words, but no one talks about leaving the fleet in a state of under-supply. Moreover, at a meeting of the military department with representatives of the United Shipbuilding Company, it was decided that in the next seven years several dozen surface ships, eight submarine missile cruisers and sixteen multi-purpose submarines would go into service with the navy. Such a replenishment will allow not only to equip the fleet with modern military equipment, but also to create an efficient Mediterranean grouping that will be able to defend Russian interests in a strategically important region for Russia.

In the context of the development of the idea of ​​creating a grouping, information also appeared that the information made public earlier that Russia intends to withdraw the military staff from the naval base in Syria and replace it with civilian personnel is not true. According to representatives of the Ministry of Defense of Russia, the base in Tartus remains the Russian naval base in the Mediterranean region.

At the same time, for quite a long time, rumors have been circulating that Moscow has already found an alternative to it. As it turned out, the Russian government is negotiating with its counterparts in Cyprus on expanding bilateral military cooperation. The result was a statement by the Cyprus Minister of War, Ioannis Kasoulides, who at the end of June of this year declared that the Russians could use the naval base located in Paphos. He also noted that the countries intend to discuss all the details in the near future, and cooperation agreements may be signed in the near future.

For those who are closely monitoring the situation, Russia's choice did not come as a surprise at all. The Russian government has long considered Cyprus as a place of possible deployment of the Mediterranean base. These two states have rather close economic ties. Recall that a few years ago, Russia had already granted Cyprus a billion loan, and in the spring of 2013, when the state was on the verge of bankruptcy, the President of Cyprus once again went to Moscow to agree on the possibility of a new loan. Moreover, at the end of June, information appeared in the press that the Central Bank of Russia had already prepared an agreement under which Cyprus, before 2014, would receive five billion euros as a loan to stabilize the national banking system. According to experts, this proposal was made very on time. After all, even if the European Union can provide assistance to the country in the form of money, in return it will require the fulfillment of tough conditions, as was the case with Greece, Portugal and Ireland. Among such conditions are the introduction of a balanced state budget, which will necessarily lead to the introduction of cost-saving measures so unpopular among the population: a reduction in social benefits and budget expenditures, an increase in the retirement age, and a reduction in government employees. This, in turn, will lead to a deterioration of the domestic political situation and social tension in the country.

In addition, the Cyprus authorities will be forced to cut defense spending, which will make the country even more vulnerable and vulnerable to Turkey, which still supports the regime of the Turkish Republic of Cyprus.

Trying to analyze and understand why the Cyprus government is seeking help not from the EU, but appeals to Russia, and why the latter so willingly and promptly provides financial assistance to the country, the experts came to the conclusion that the Russians are pursuing several important military-political goals. In addition to obtaining a naval base in Cyprus, Russia will be able to maintain the main offshore zone, where most of the capital goes to Russia. Russian mining companies, in addition, will be able to receive a priority opportunity to produce gas in the Cyprus territorial waters. But the total value of deposits is too tempting - it is equal to 600 billion euros.

Therefore, cooperation with Russia has its benefits for Cyprus: the government will not have to introduce unpopular measures, reduce military spending, and in addition, the country will be able to return to the contract with the Russians to buy C-300 anti-aircraft missile systems, which were frozen back in 2010 year .