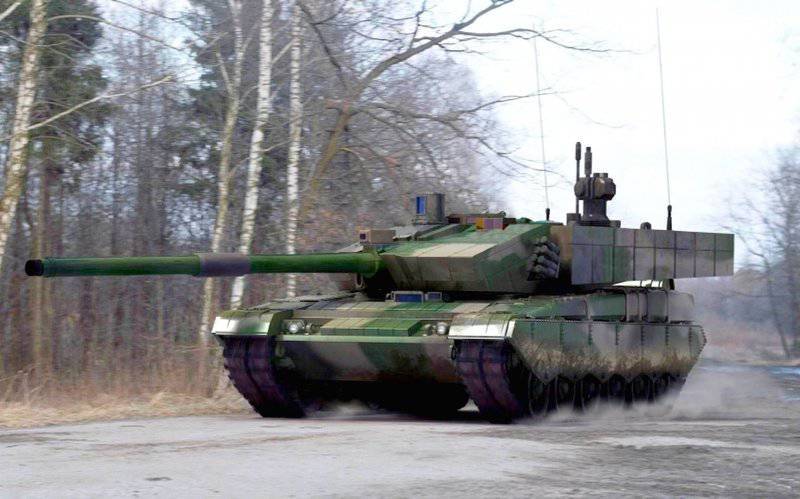 China has been developing a modification for five years tank Type 99A2 based on the main battle tank Type 99, the website cnwnews.com reports.


Currently, the works are at the final stage of testing. Military experts believe that the tank can be equipped with a 140-mm smooth-bore gun capable of penetrating the frontal armor of modern tanks. The gun is capable of firing projectiles of various types, including armor-piercing feathered sub-caliber shells (BOPS) with a uranium core, as well as laser-guided anti-tank missiles imported from Russia. But the technology of this gun is still not very mature, and therefore the existing 125-mm gun or its elongated version may remain as the main armament. It was also reported that in 2009 a small batch of tanks Type 99А2 was put into trial operation in the PLA.

The difference of the tank Type 99А2 from the base model is the presence of a larger number of dynamic protection panels, which are installed on the front and sides of the tower. Armor protection should ensure tank survivability from damage by improved

120-mm armor-piercing shells of South Korean and Japanese tanks. Also on the tank will be installed a new active protection system.

The tank is equipped with an anti-aircraft machine gun QJG-02 caliber 14,5 mm (instead of QJC88 caliber 12,7 mm on Type 99). Most likely, the new version of the tank received an improved automatic loader, more simple and reliable in operation.

The 140 mm caliber gun can pierce the front armor of the American tank M1А2, not to mention other third-generation tanks. But China is still holding on to the 125-mm tank gun Type 99, which limits the firepower of the next versions of the combat vehicle. This gun, developed using the technology of the Russian 125-mm gun, is already "not very good" for confrontation with modern American and European third-generation tanks. China previously announced the creation of a BOPS with a uranium core, its technology is almost as good as the American one. It was also reported that BOPS with a uranium core fired from the experimental 140-mm cannon, at a distance of 1400 m, penetrated the frontal armor of the M1-2 tank. Compared to the base model, the Type 99А2 has a turret with an increased volume in the front, its chassis is enhanced against the effects of anti-tank mine explosions. The tank is equipped with a millimeter-wave radar designed for the new active protection system. But how this system will counteract laser-guided missiles is still unclear. The tank is equipped with a multi-fuel hp 1500 diesel engine. and CH-1000 transmission.

The fire control system (LMS) is also improved. The MSA includes a sight with independent stabilization of the line of sight, a laser rangefinder, a thermal imager, a digital ballistic computer, a large number of sensors, including monitoring weather conditions and the degree of curvature of the gun, an automatic tracking system. The tower is equipped with a color monitor in the form of a console. Images from the imager are transmitted to the driver’s display and the gunner’s sight. In addition, the tank is equipped with an inertial and navigation satellite system, the data of which can be displayed on the displays long before the electronic map lining. The tank is equipped with a modern radio communication system. 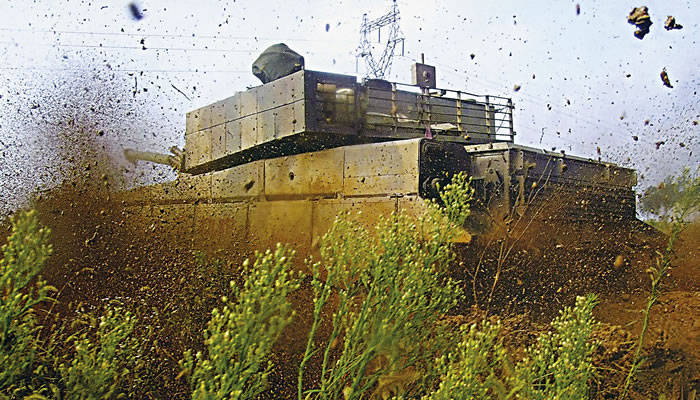 The second-generation infrared imager is capable of producing images of objects located at a distance of 7-9 km. MTBF is 4000 hours.

The tank can use the data of the American satellite GPS system, but in the future it is possible to use the data of the national system “Beidou” 9602, then the positioning accuracy will be less than 20 m. The system will significantly increase not only the accuracy of determining the location of the tank, but also the level of crew situational awareness on the battlefield .

Tanks Type 99 have a longitudinal engine (longitudinal arrangement of the power system), which occupies a large internal volume, limiting the modernization potential. In 1990's The China North Industries Corporation (China North Industries Corporation) has created an export tank MVT-2000 with a transverse layout transmission system. The length of the hull of this tank is only 6,487 m, engine power - 1200 hp In the course of long trials, it was revealed that the transmission of the MVT-2000 is the best Chinese development in this area, only slightly inferior to the best world models. Some photos of the tank Type 99А2 show that the tank uses the MVT-2000 chassis, but it still needs to be checked.

Probably, the Type 99X2 tank will receive a new chassis along with a new, more powerful powerplant. Such an engine can be created on the basis of 1200-strong diesel 150НВ tank Type 99. Its boosted power version of the 1500 HP its characteristics are close to the German MTU MT883. The new diesel engine was tested on a tank Type 98, which showed the maximum speed of the highway 80 km / h, off-road 60 km / h. The engine's air cleaning system of the Tank Type 99А2 has a double filter, as in the American M1A2.

Development of the tank Type 99А2 is conducted against the background of the creation of new tanks in South Korea and Japan. China is moving away from the practice of producing large quantities of military equipment in the direction of producing high-tech samples in smaller quantities. The Tank Type 99 was developed in just under ten years (since 2000), the development time of the tank Type 99А2 was less than five years. The analysis shows that the PLA will use the cheaper 96 Type and their modifications as the main tank fleet, and the more expensive and complex 99А2 Type will be used for effective strikes in critical areas.