Armored vehicles at the Battlefield festival 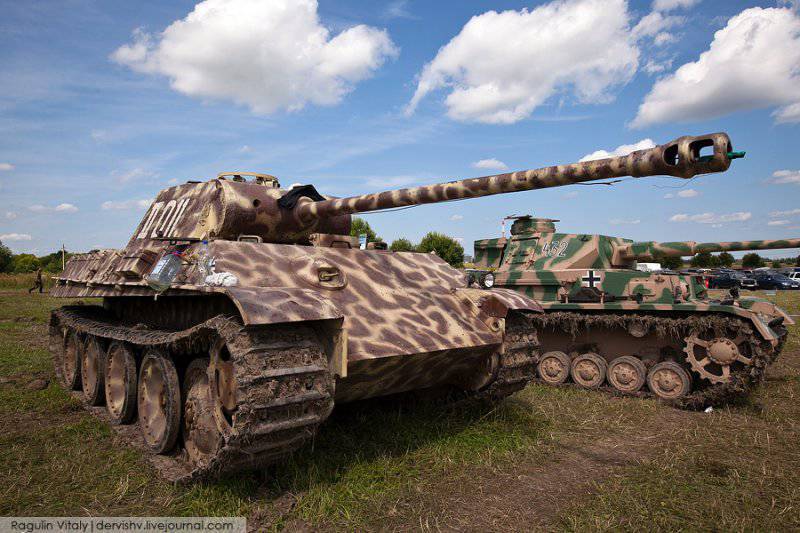 13 and 14 in July in the Volokolamsk district of the Moscow region, on the historic field near the Dubosekovo junction, the international festival "Battlefield" was held.
More than a thousand people from the militaryhistorical clubs of Russia, Ukraine and Belarus took part in the reconstruction of the battles of the Second World War.
A few photos of the equipment that was involved in the festival "Battlefield".

2. In the foreground, the T-IV is a German medium tank.
The most massive tank of the Wehrmacht and the only German tank, which was in serial production throughout World War II. 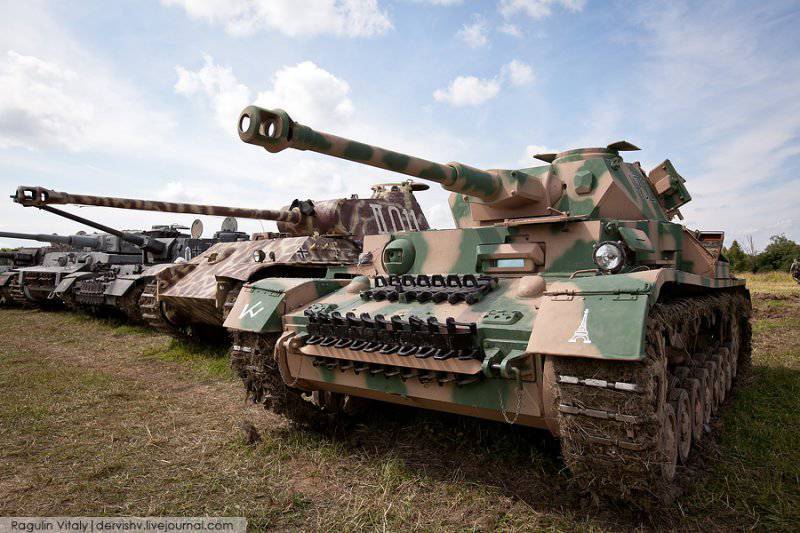 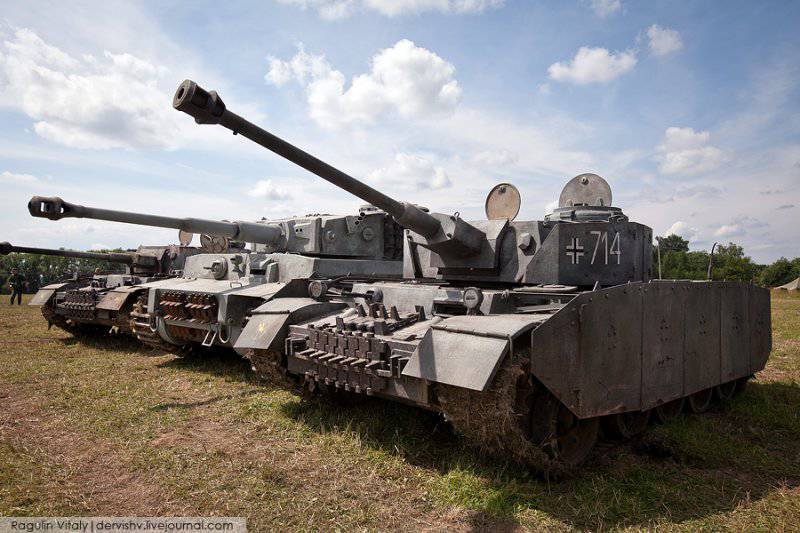 4. Tiger - German heavy tank.
Впервые Tanks The tiger went into battle on August 29, 1942 at the Mga station near Leningrad, began to be used in large numbers from the battle and the capture of Kharkov in February - March 1943, and were used by the Wehrmacht and SS troops until the end of World War II. 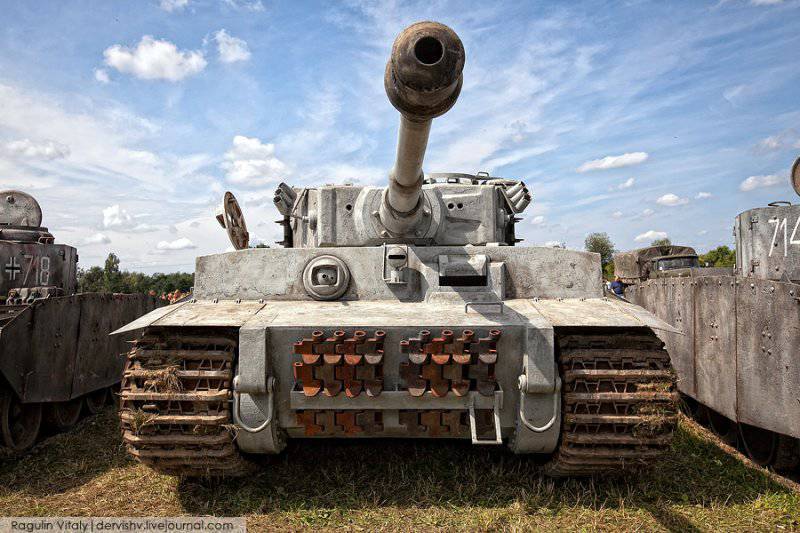 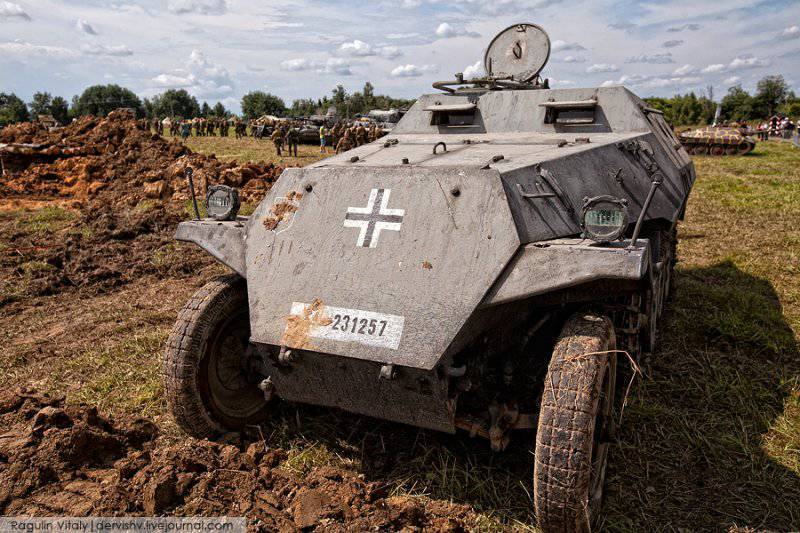 6. 7,5 cm Pak 40 - German 75-mm anti-tank gun.
In 1942 — 1945 the gun was an effective tool against any of the allied medium tank that had fought; therefore, its production continued until the very end of World War II. Reliable protection against its fire was realized only in the tanks EC-2 and T-44. 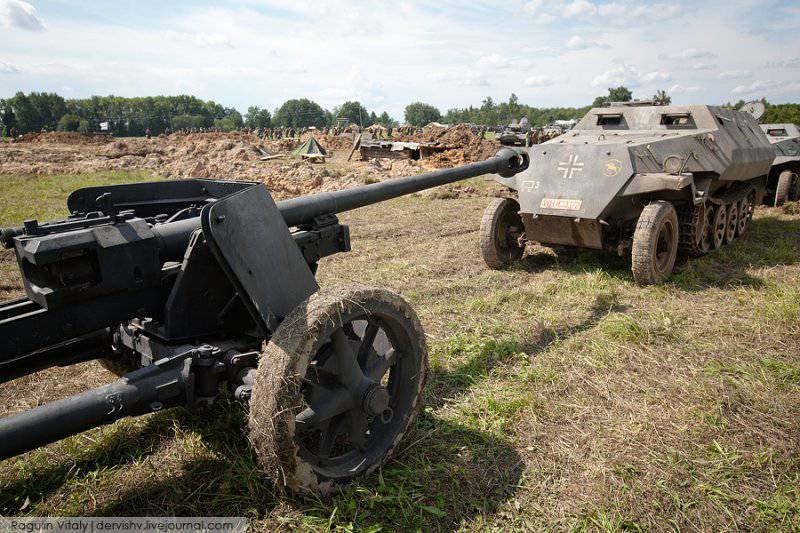 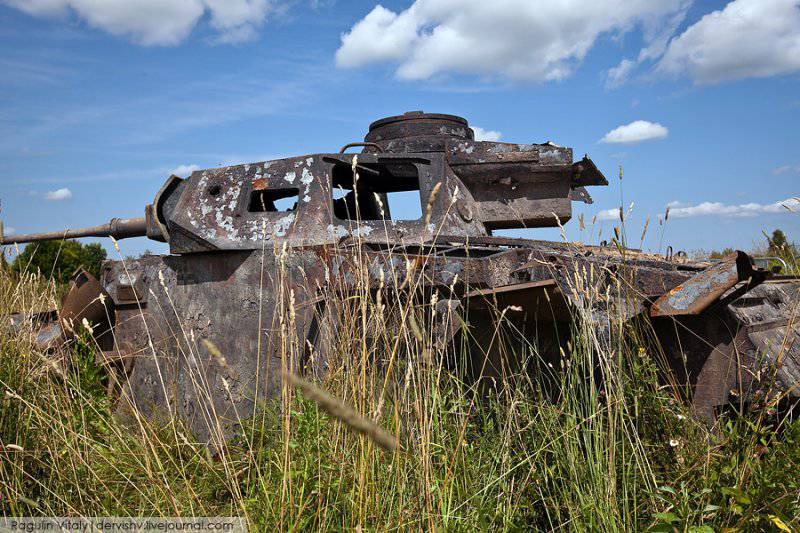 8. The lightweight wheeled-tracked tank BT-5.
BT-5 appeared in 1933 g. He was fast, had a high power density (the ratio of engine power to the mass of the tank) and good weapons, consisting of 45-mm cannon with a high initial velocity projectile and coaxial machine gun DT. 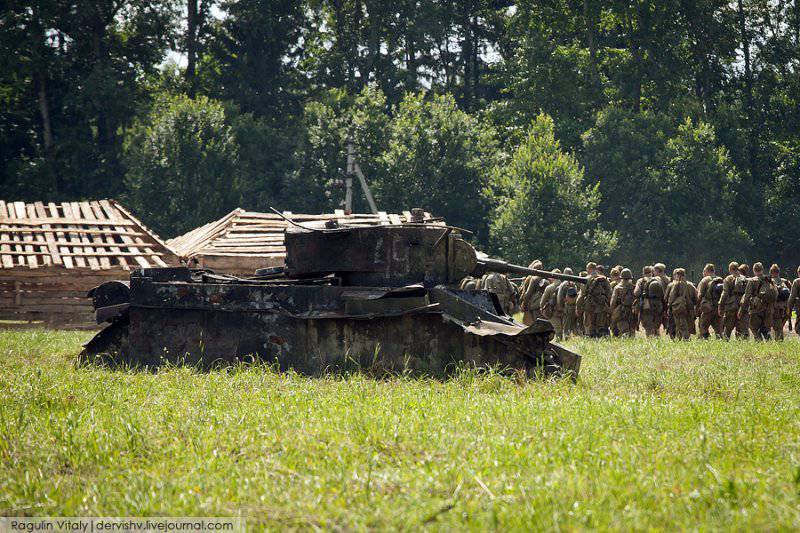 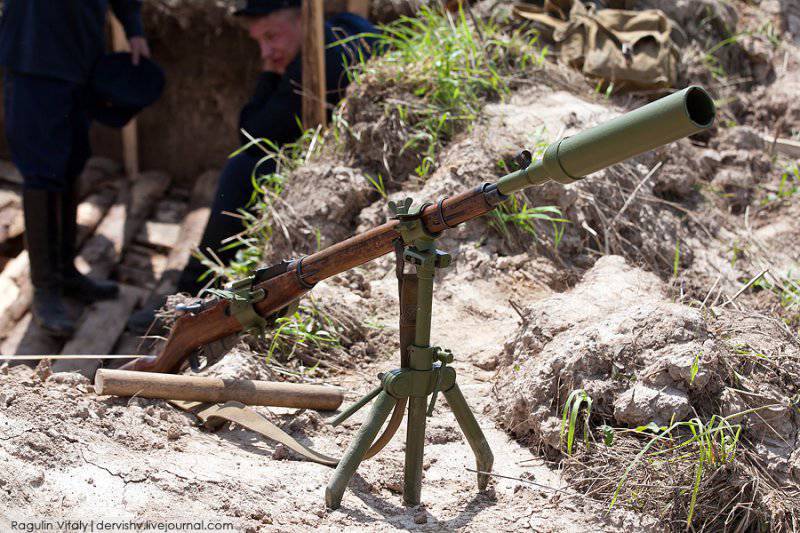 10. BTR-40. Postwar.
In addition to the transport of personnel of motorized rifle units, the BTR-40 was used primarily as a multi-purpose reconnaissance, communications or command vehicle, as well as an artillery tractor. 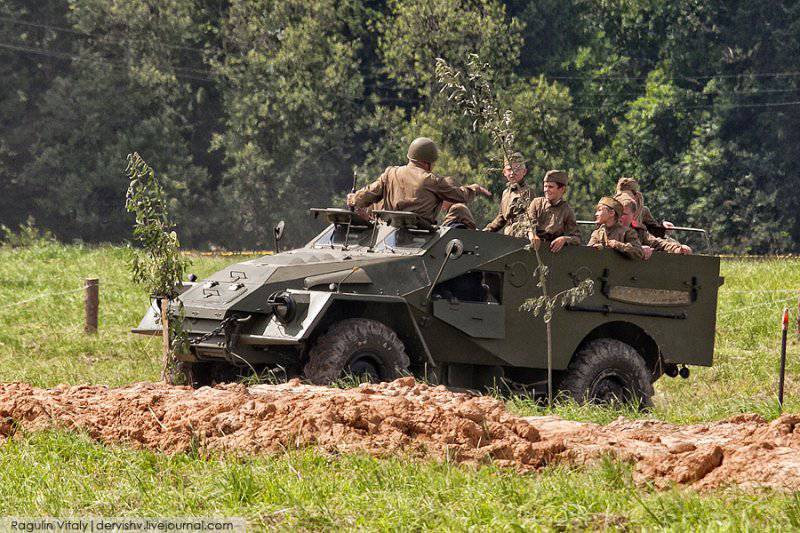 11. The hull of the EC-2M with the mounted model of the KV-2 turret.
KV-2 - Soviet heavy assault tank of the initial period of the Great Patriotic War.
Abbreviation KV means "Clement Voroshilov"
Total built 204 tank KV-2, which are actively used in hostilities 1941, and then almost all were lost.
To date, only one copy of the KV-2, currently on display at the Central Museum of the Armed Forces in Moscow, has been fully preserved. 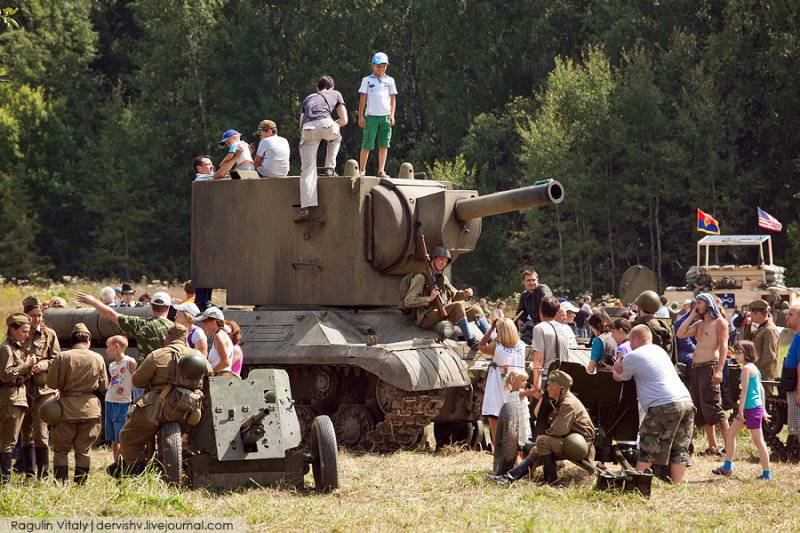 12. T-38 - Soviet small amphibious tank.
The T-38 was intended for communications, reconnaissance and combat guard missions on the march, as well as direct support for infantry on the battlefield.
T-38 were massively used during the Polish campaign of the Red Army 1939 of the year, the Soviet-Finnish war of 1939 — 1940 and in the battles of the initial period of the Great Patriotic War. The single surviving tanks of this type fought on the front right up to and including 1944, and in the rear training units and subunits they were used until the end of the war 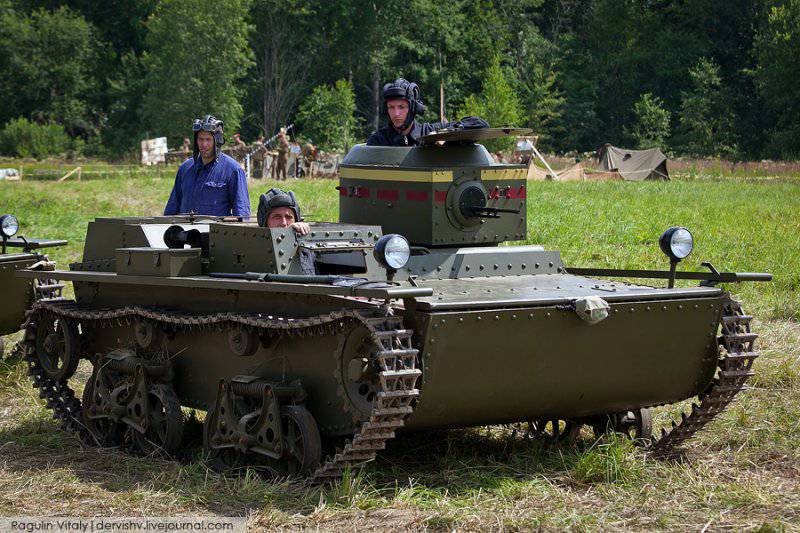 13. The BMP-1 is the first Soviet serial combat armored waterfowl tracked vehicle.
The armament of the BMP-1 includes the 73-mm smoothbore 2А28 "Thunder", the twin machine gun 7,62-mm PKT and the anti-tank 9М14М "Malyutka" guided missile, the Zenumo missile unit also means the time and the background of the unit. 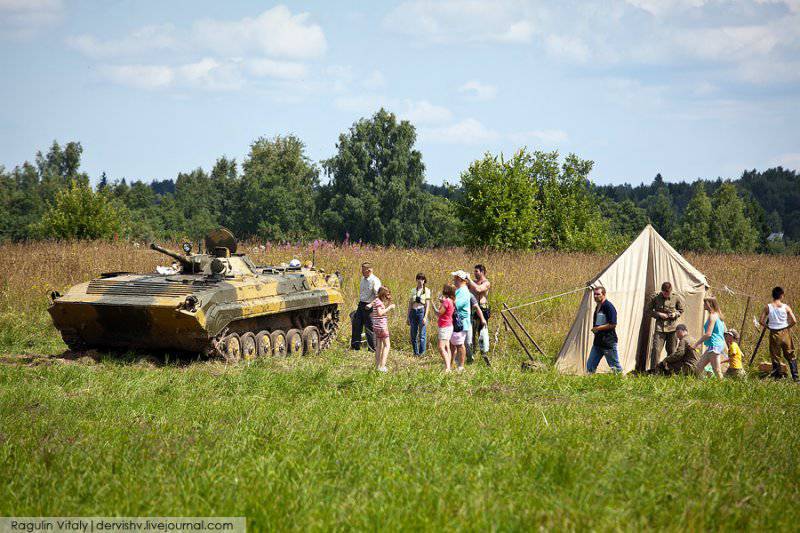