US Secret Games in Syria 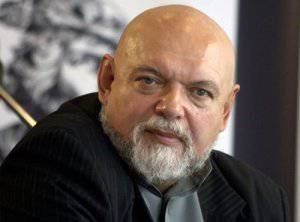 World media, as well as analysts who are following the development of the situation in the Greater Middle East, noted the clear satisfaction with which Syrian President Bashar Asad met with the overthrow of his Egyptian counterpart by the military. The military coup in Egypt was commented on by Assad unusually. “This is the end of political Islam,” he said.

Unusually in this statement, the Syrian leader, instead of reacting to specific events - military intervention in the political fate of the legitimately elected president - makes a generalization of historical and philosophical nature, the meaning of which goes far beyond the current events in Egypt. The obvious satisfaction that Assad experienced from the overthrow and arrest of Mursi cannot be explained only by the reaction to the unfriendly demarches of the Egyptian President to the official Syria. In the end, we are talking about mistakes committed by a particular politician, a man completely inexperienced in international affairs and clearly not understanding the background of what is happening in the world. At worst, you can have claims to the very movement of the Muslim Brotherhood in Egypt, but from such claims to a loud statement about the end of "political Islam" is a very big distance!

US hand in the Egyptian coup [/
b]

Perhaps the main reason for the defeat (by the way, far from final) of the Muslim Brotherhood in Egypt was their weak rootedness in real political Islam, their extreme ideological and methodological naivety. In fact, the Muslim Brotherhood in the largest country in the Arab world behaved much more like the Salvation Army or Opus Dei in the Western world, rather than a political Islamic organization that sets itself the specific tasks of the struggle for power both inside and - perhaps more importantly, outside their own country.

At the moment, it is well known that the initiator of the overthrow of Mursi by the army is the United States. Susan Rice put an ultimatum to the Egyptian president, cornered with the staff of his government. Mursi’s refusal led to an immediate order from Mrs. Rice to order Abdel-Fattah al-Sisi to begin the defeat of Ikhvanist power in the country. The Americans handed over to the Egyptian army three separate proscription lists. In the first, Mursi and the closest figures of the Ikhvan Movement were listed, in particular, the Murshid (supreme mentor) of the Movement and his deputy; the second list featured the three hundred most prominent figures of the Muslim Brotherhood; the third list demanded that the Egyptian armed forces “clean up” seven thousand acting officials who had managed to enter the state apparatus for that year that Mursi was in power.

President Assad could not, of course, be unaware of the key role that the United States played in dismantling the "Islamist" government in post-Mubarak Egypt. For a superficial observer, it may seem that there is a clear discrepancy here: after all, Obama is considered almost the main opponent of official Damascus, who constantly require Assad to go into political oblivion. It is customary to think that it is the evil will of the White House that stands behind the coalition of the "Friends of Syria", who allegedly are investing "huge amounts of money" and "mountains of armaments" in support of the anti-Assad opposition. This popular stamp doesn’t correspond only to the fact that several actors involved in the Syrian events have received serious political blows, while, despite the powerful anti-Assad coalition led at once by “all Western governments”, Damascus has been fighting off all attacks with big losses for the representatives of "political Islam" fighting against him.

[b] “Political boomerang” for members of the anti-Syrian coalition


The main victim in the Syrian civil war is the international movement "Muslim Brotherhood" (al-Ikhwan al-Muslimin). Erdogan's regime, who enthusiastically led Turkey into a bloody destabilization on the territory of its neighbor, eventually received, figuratively speaking, “a hole below the waterline”. Massive speeches of liberals in several dozens of Turkish cities, launched by the “environmental provocation” mechanism, one of the traditional reasons for unwinding the “color revolutions”, sharply lowered both the rating of the Prime Minister and his party inside the country and Turkey’s international rating as a stable, powerful state claiming to be one of the regional poles of the modern world. But after all, of all non-Arab Islamic politicians, Erdogan is closest to the political philosophy and spirit of Ikhvanism, being practically a partner of this movement, albeit in a “neo-Ottoman” version.

The second scandal directly related to the Muslim Brotherhood in big politics was the abdication of the Emir of Qatar, the sponsor and patron of Ikhvanism in Egypt itself, but also in Palestine and Libya. In fact, this renunciation was a recognition of the failure of Qatar’s policy in Syria and it also took place at the request of the United States shortly before the Egyptian army received an order from overseas to defeat the protege of the now former emir.

The third component of Ikhvanism suffered by Syria was Hamas. His leadership split in its position on the Syrian civil war. Some figures, such as Marzouk, opposed Assad, while others, such as Khaled Mash'al, disavowed them. It would be naive to assert that the status of Hamas, as the leading force of the Palestinian resistance, was not affected by this split.

The final at the moment was a military coup against their wins in Egypt. It is impossible to ignore the fact that it took place exactly after Mursi designated his anti-Assad (and anti-Shiite) position and called on the Egyptians to participate in jihad against official Damascus. In this context, Erdogan’s indignation about the fate that befell his Egyptian counterpart is understandable and logical. But the joy of Bashar al-Assad seems no less understandable: too many facts indicate that Obama’s real goal is not a change of power in Damascus, but, first and foremost, the defeat of political Islam, as in the field where there is armed confrontation between the Syrian Arab army and a wide range of "Islamist" forces, and in international politics, where "political Islam" (or what replaces it today) managed to move into real power structures.
Consequences of the Egyptian coup for the region


Against the background of a uniquely negative assessment of the displacement of Mursi, given by the Prime Minister of Turkey, the Iranian leadership takes a rather dual position. This duality reflects the fact that, undoubtedly, Mursi, as it is not regrettable to speak about the Muslim, who is in his current situation, suffers, first of all, through his own fault. Nothing more than political inadequacy can be attributed to his flirting with the US (part of which was an attempt to join the anti-Syrian coalition), his sabotage to lift the blockade from Gaza and the shameful undermining of the tunnels that are Palestinians in isolation there. Against this background, the call for confrontation with Shiites looks like the smallest faux pas, although it should be noted that in this case Mursi also scandalously violated the tradition of the Muslim Brotherhood, coming from their main ideologue Said Qutb. After all, this thinker who became a shahid (insha'Allah) spoke out against “Umayyadism” in the writings of Ibn Teimiyah and Muhammad bin Abdel-Wahhab, which is the basis of the anti-Shiite hate syndrome in Salafis.

This is on the one hand. But on the other - and this is much more important - on the orders of the United States, a regime was destroyed that opposed the interests of Saudi Arabia and objectively, at least in the short term, weakened the general positions of the West in the region. The overthrow of Mursi, according to Obama, should lead to the restoration of the Neomubarak regime, which will be supported by Saudi Arabia. Relief to the Palestinians will not bring it, but the overall balance of power will worsen, of course, in favor of the United States and Israel.

Why did the US ignore all, to put it mildly, Mursi’s unwise attempts to label himself as a non-hostile politician interested at any cost in peace with Israel? First of all, it’s not a fact that Obama highly appreciated Mursi’s willingness to bend over to the Zionist entity. In the end, a serious restriction of free hand in relation to Netanyahu and his right-wing gang is also on the agenda of the current owner of the White House. But most importantly: Mursi and the Muslim Brotherhood simply did not appear in the American project of the Egyptian Future after Mubarak. Mursi did not fit the plans.

Comparing the fate of the presidents of Syria and Egypt should be sufficient for the understanding: on the one hand, the “whole West” with its Arab allies and Turkey, in addition, relying on the armed force of enthusiasts who are not afraid of death, cannot move the president of a relatively small country for two years on the other hand, the president legitimately elected by the majority of the population of the largest country in the Arab world is “reset” in a matter of weeks. Isn’t it time for political scientists to reconsider their views on how the Western “agenda” actually reads?

Ctrl Enter
Noticed oshЫbku Highlight text and press. Ctrl + Enter
We are
For a revolution or a counter-revolution? The role of the military in the politics of EgyptInterview by President Bashar Al-Assad to the Sunday Times
Military Reviewin Yandex News
Military Reviewin Google News
47 comments
Information
Dear reader, to leave comments on the publication, you must to register.