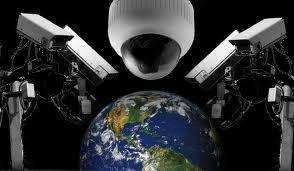 Recent events increasingly show that the global elite is moving to open control over humanity based on the latest information and computer technologies.


The scandal with Edward Snowden erupted in the days of the meeting of the Bilderberg Group, which in turn gathered immediately after the annual Google Zeitgeist conference, which summed up the analysis of billions of Google user requests. And on the same days, 15-16 of June, New York hosted the Second International Congress of the Global 2045 Future Forum, which brought together experts in the field of neuroscience and nanotechnology to discuss cybernetic methods to achieve human immortality ... The goal of the congress participants is to create an Avatar megaproject , which includes the development of anthropomorphic robots, the brain-computer interface, telepresence systems, neuroprosthetics and brain modeling, the study of consciousness and ways of transferring a person’s self to a non-biological substrate - the suit governmental body. The main topics at the congress were spiritual development, cybernetic life extension technologies, “cybernetic immortality”, “meta-reason”, “non-humanity”.

While the first congress of the Global 2045 Future Forum took place in Russia in 2012, almost unnoticed, in New York 200 was accredited to journalists from leading media for this event. Such well-known futurologists and scientists acted as inventor Ray Kurzweil, director of technical development at Google; writer and entrepreneur, the largest individual philanthropist at Oxford University, James Martin; co-founder of the Laboratory of Artificial Intelligence at the Massachusetts Institute of Technology Marvin Minsky; Brain Prosthetics Technology Developer Theodore Berger, University of Southern California; the founder of the first Russian brain-computer interface laboratory, Alexander Kaplan; artificial intelligence developer entrepreneur Ben Herzl; creator of the theory of substrate-independent mind Randal Kuhne; Stewart Hameroff, the developer of the theory of possible quantum teleportation of consciousness into an alternative body; United Therapeutics CEO Martin Rotblat (the company plans with 2016 to begin mass transplantation of human-made organs printed on 3D printers) and many others.

The forum’s organizer and president is Russian billionaire General Director of the Internet company Newmedia Stars and the founder of the Russia-2045 movement Dmitry Itskov, setting out his credo as follows: “A person must be free from the limitations of biological nature, death, gravity”. To do this, Itzkov preaches, human bodies must be replaced by non-biological carriers, in whose heads implanted the brain of earthlings, and thus the evolution of humanity will be directed towards achieving immortality.

The forum participants presented the results of their activities. Japanese robotics Hiroshi Ishiguro demonstrated the capabilities of the humanoid robot Heminoid HI-1, invented by him, representing an exact copy of him. This copy was presented as a pioneering initiative in terms of human gaining immortality to 2045. The first man-cyborg, Englishman Nigel Ekland, the owner of the bionic prosthetic arm, showed the possibility of integrating cybernetic technologies with the human body. Finally, an android (that is, human-like) head, a twin of Itskov, constructed by the American inventor David Hanson in the first stage of the Avatar A project, was demonstrated here. Itskov's humanlike head is controlled by 36 motors.

The global future of 2045 is part of an international transhumanism movement that has proclaimed its goal to achieve such changes in the nature of Homo Sapiens with the help of the latest technologies that make a person into a “postman” or “superman”.

That is, we are talking about an attempt to translate the global outlook into practice, which is focused on the strategy of changing the “reasonable person” type. Central to the 2045 Global Future Forum is the idea of ​​creating a “new world consciousness” and a “new world civilization”. Before the congress, the forum participants sent a letter to the UN Secretary General, urging him to provide them with the support of the UN General Assembly. The letter indicated that the world is on the verge of global change, the essence of which should be the realization of a new development model conducive to the evolution of the individual’s consciousness and the transition to “non-humanity”. It is planned to achieve this with the help of breakthrough technologies designed to ensure the extension of life up to immortality on the basis of an artificial body-avatar, which will allow creating a new civilization. This strategy, the authors of the letter emphasize, should be “An alternative to nationally-oriented ideologies and to unite nations, to make the service of everyone the service of humanity the meaning of life”.

The presence of Ray Kurzweil at the congress was of particular importance: he is considered the guru of modern transhumanism, although in fact the idea has long roots. This notion was established at the end of the 50s of the XX century, and in its modern meaning it began to be used by American scientists in the 80s. Within transhumanism, there are different directions: some crave for immortality, others dream of super-intelligence, still others believe that people will be able to overload their intelligence in machines with artificial intelligence, while computer networks will recognize themselves as superhuman intelligent entities (!). The most significant financial resources are invested in research, the purpose of which is to completely change human nature, which is planned to be carried out using the so-called NBIC convergence - nanotechnology, biology, computer science and cognitive sciences.

A characteristic feature of these studies is that their authors extremely arbitrarily interpret human rights, considering the citizen as an absolutely autonomous being, which belongs only to itself and has the right to decide for itself what changes it wants to make with its body and with its brain. A person in these conditions turns into an experimental object for applying NBIC technologies, the use of which is not limited to any ethical considerations, to the extent that a person can be turned into just a certain web site. As Nick Bostrom, a professor at Oxford University, stated at the First Congress of the Global Future of 2045, there are two ways of immortality - biological and digital. Digital - is a complete reproduction of the human brain on a computer, allowing you to create spare copies of a person. The biological method is intermediate, and the digital method is the main one.
Today, the most active transhumanist lobby operates in California, China and South Korea, that is, where the centers for the production of NBIC technologies are concentrated. Google becomes one of the most active architects of the transhumanist revolution. In 2008, with the financial support of this company, its co-founder Larry Page provided 250 thousand dollars, and other employees - on 100 thousand dollars (5) for training - “potential leaders seeking to promote the development of technologies to solve global problems of humanity ". Singularity University (6) was created, which is located at NASA's Ames Research Center, two steps from the Googleplex in Silicon Valley. And it was headed by Ray Kurzweil, who made the main contribution to the development of the idea of ​​singularity.

It is argued that the “singularity” (a hypothetical moment after which technical progress is supposedly so fast and complicated that it will be inaccessible to understanding) should come after technologies exceed the computational capabilities of the human brain and artificial intelligence appears. According to Kurzweil, 2045 will occur. And then, as he writes in the book “Singularity is already close,” people “will transform biology and will exist in the Universe as immortal cyborgs”.

In July, 2012 Mr. Kurzweil met Google CEO Larry Page to show him a draft of his new book, How to Create Thinking, and admitted that he wants to open a company that could build a truly smart computer, but for that he needs data on each of 2 billion Internet users, and even better - about each of 7 billion Earth dwellers, including those who are not aware of the existence of networks and mobile phones (7). Page agreed to collaborate, and in January 2013 of transhumanism’s guru became the technical director of Google, turning artificial intelligence into a key research area of ​​the company and having the opportunity to use information about 2 billion Internet users.

Now the Kurzweil team is working on creating a computer that can reproduce the human nervous system. To do this, the computer is “trained” not only to respond to search requests, but to understand the natural language and analyze semantically meaningful text. “The system will know on a semantically deep level everything that you are interested in,” explains the developer. “I suppose that in a few years the system will be able to give the user answers to most of the questions before these questions are asked.” The user will be able to receive individual responses to requests that take into account his experience on the Internet, his range of interests, his character, and his temperament.

This is what Kurzweil calls “emotional intelligence,” which in his opinion is capable of influencing interests more than a thirst for information and analytical skills. Having collected all the information about how the user works, and having compiled his full portrait, the Kurzweil system will be able to work as an “emotional robot” that will guess what the user needs according to his mood. This is conceived as a merging of a person with a computer, which Google Executive Director Eric Schmidt spoke about, and in which the initiative will pass unnoticed from person to machine, the manager - under the guise of "guessing" - by the interests of the person.

Google provides the apologists of transhumanism with a financial and information base, and they provide Google with more effective means of controlling the consciousness of Internet users. In the light of the revelations made by Edward Snowden, this further expands the capabilities of American intelligence agencies, working closely with Internet companies.

To what extent, however, can these disclosures change anything in the created system of total control over the world community, if this control represents the content and essence of the information and post-information society? Transhumanists continue to diligently weave their transnational web, working on the restructuring of human consciousness. And they do not hide their goals, about which Professor Nick Bostrom frankly says: “As for the attitude towards transhumanism, this is now a political label that, as it develops, will become a popular movement. Further, a single language is needed, which should become a world order, where at the highest level of the organization there is only one decision-making body. It can be a world democratic government, or a dictator, or a universal moral code with the power to enforce the law (I have singled out - O.C.) ”(8)

And here is the last news about the projects of Dmitry Itskov on the transplantation of the human mind into an artificial body: “Transferring the personality to a hologram gives a number of advantages already known today. Patients will be free to cross walls, state borders and travel at the speed of light (like non-cash money). Given the great military potential of future inventions, Itskov intends to cooperate with the DARPA - the military unit of the US Department of Defense for advanced research "(I highlighted. - O.Ch.) (9). DARPA is engaged in, among other things, the invention of video surveillance cameras to identify individuals based on programs simulating the functions of the human brain.

Ctrl Enter
Noticed oshЫbku Highlight text and press. Ctrl + Enter
We are
Is man to man a cyborg?From Bilderberg to Guglberg: the technocratic restructuring of global elites
Military Reviewin Yandex News
Military Reviewin Google News
54 comments
Information
Dear reader, to leave comments on the publication, you must to register.