Volyn Massacre as an illustrative lesson for Ukrainians: the concept of the people-victims does not work at the international level 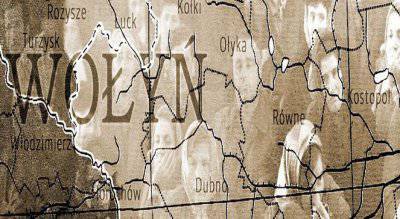 The 70 anniversary of the Volyn tragedy (massacre) spoiled the Ukrainian-Polish relations and resumed the hysteria of politicians and politically concerned Internet users that were barely calming down in May.


However, behind the international side of this issue, we missed one important point: not constant disputes over Victory Day, namely, the internal Ukrainian reaction to the discussion of the Volyn tragedy was probably the first serious crisis of the concept of “victim people and denial of the Soviet past.”

To the top news In the tapes of Ukrainian sites, the topic of the Volyn tragedy came up because of the initiative of a number of Polish politicians, who demanded that the Sejm define the events of 1943 as genocide against Poles by Ukrainians, in particular, the Ukrainian Insurgent Army.

Briefly: 70 years ago, in the midst of the Great Patriotic War, thousands of Ukrainians and Poles died in Volhynia. Former citizens of the Polish Republic of different nationalities methodically killed each other. The problem now is to determine the degree of guilt of each side and try to reconcile the peoples in this matter. That is not easy, because there is always a mass of arguments in favor of the fact that the opposite side is the first to start or more to blame. Details about the events 40-s in Volyn can be read in the "Wikipedia".

A number of Ukrainian politicians, public figures and publicists, who took the liberty to speak on behalf of the entire Ukrainian society, expressed disagreement with the Polish initiative, proposing instead to begin an inter-ethnic dialogue in order to reach a conciliatory formula like “forgive and ask forgiveness”, agreeing share responsibility for those events. By the way, these are mainly those Euro-oriented citizens who believe that such kind of conflicts should in no way hinder the advancement of Ukraine to the West.

But the Ukrainians responded non-standardly: citizens who adhere to right-wing, center-right, and nationalist views opposed any form of reconciliation and mutual forgiveness. And the absolute majority of citizens remained indifferent.

The reaction of the former comes from the widespread historical a concept that desubjects the Ukrainian people, presenting them as the eternal limp and innocent victim of aggression and violence from neighbors and conquerors.

This is not just a desk myth that can be, if not denied, then ignored. This is a school and university program, which at least one and a half generations of Ukrainian citizens have already managed to absorb.

The essence of the concept is best illustrated by a new interpretation of the Cossack era, which even in Soviet Ukraine was imbued with a heroic spirit. But thanks to the activity of President Viktor Yushchenko, not the outstanding military feats and even the battle of Konotop, in which Hetman Vyhovsky defeated Moscow troops, became its symbol, but the plot of the destruction of the Hetman's capital Baturin by Menshikov's troops in 1708 year. Millions of hryvnias were spent on the excavation of mass graves of those killed during the assault, on the construction of a dubious fortress from a historical point of view. But the film about Taras Bulba with the Gerard Depardieu in the lead role, promised by the same Yushchenko, remained in the plans.

After Baturin, the concept focuses on the elimination of the Sich and Hetmanat, a number of unsuccessful peasant uprisings (the emphasis, of course, on the word “unsuccessful”); then Valuev Circular, Ems Act, experience of state construction in 1917 – 1921 (well, you understood what), famine of 20-ies, collectivization, the Holodomor, etc.

And suddenly the Poles are trying to classify the Volyn tragedy of the year 1943 as a genocide on the part of the Ukrainians! Now imagine the bewilderment in which our contemporaries, accustomed to the concept of the people-victim, must remain. The accusation of genocide, whatever one may say, by default provides for a serious organization, political will, decisiveness and action. Somehow it does not fit into the concept of a limp object, which was tortured before and will still be tortured half a century after.

“This is not genocide, because there was no Ukrainian state capable of organizing it,” adherents of the concept began to speak in this spirit. They say that all the worst things in this world are from Leviathan, and since in the region only Poles and Russians were state Slavic peoples, by definition they are the only ones who can commit genocide.

The desubjection of the history of Ukraine is politically motivated. The young state urgently needed a new story. Desirable unlike the one taught before. As a result, not every textbook found a place for Chancellor Bezborodko, but Ukrainians declared such characters as Leopold von Sacher-Masoch. At some stage in Kiev it was decided that the image of a weak and weak-willed Ukrainian, who had been spread rot, killed and tortured for thousands of years, would bring more dividends. Ukrainians-victims of the negative side can not be by definition. Sacrifice makes them holy. And saints cannot do bad deeds. Therefore, faced with plots like the Volyn massacre or the Holodomor, users are advised to look for the reason outside. For example, among the Poles. Or in the Kremlin, who wants to quarrel two fraternal peoples, always living in peace and harmony.

The carriers of such views are most outraged by the proposal to admit at least part of the guilt of the Ukrainian side for the events in Volyn.

But the absurdity of this approach has long become obvious. A few years ago, I already wrote in a blog on the site However, as two groups of historians standing on different political platforms, synchronously opposed the concept of the people-victims. They say it's time to stop forming a flawed perception of Ukrainians about themselves - one cannot deny the past, one cannot eliminate a positive experience and refuse to analyze one's own mistakes.

For whom to ask for forgiveness?

Despite the logical pitfalls in the concept, the first group of dissenters (rightists, right-centrists, nationalists) can theoretically be discouraged to reconciliation. For example, explaining that this scandal is beneficial to the Russians, who are greater enemies than the Poles. To hire But what to do with the "indifferent", which is either not interesting in principle, or they identify themselves with the Soviet side in that war?

It is completely incomprehensible why the latter must agree to accept the sins of the UPA. Especially after the Institute of Historical Memory under the Cabinet of Ministers, relying on archival documents, proved (!) That the UPA fought at the same time against the Germans and the Red Army.

Why should the last of the veterans who liberated Poland have to apologize to the Poles for the actions of a subject who was on the other side of the front? On what grounds should a representative of the Ukrainian state or part of the Ukrainian intelligentsia apologize to our allies in that war on behalf of those veterans and their descendants for the actions of the UPA?

Maybe because of the ethnic criterion? They say that our Ukrainians died there too. But more recently, during the war in Transnistria, many civilian Ukrainians died at the hands of snipers, who, like Ukrainians in the second Commonwealth, lived there for centuries. However, for a sovereign Ukraine this is not enough to mourn for the tribesmen as for the innocent victims. For Kiev, this is an internal Moldovan conflict. Is it any wonder then that for the majority of Ukrainians the Volyn tragedy was and remains a local conflict on the territory of a foreign state. This applies not only to residents of Naddnipryanskaya Ukraine, but also to Bukovyna, Bessarabia, Transcarpathia, Crimea.

“Our”, universal, this tragedy can only be within the framework of the Soviet view on the formation of the Ukrainian state, when reunification took place in 1939. Only in this way the events of 1943 will become a tragedy on the territory of the Ukrainian SSR, which was practically not mentioned in Soviet times, but now historians can and should speak. But if in the 1939 year - according to the “new” reading of history - there was an occupation of Poland, armed aggression from the USSR, in which Soviet Ukrainians took part, then this is still Polish land and Polish history. For residents of Naddnipryansky Ukraine, Bukovina, Bessarabia, Transcarpathia and Crimea.

It is impossible to establish normal communication between the Ukrainian and Polish scientists within the framework of the concept of the people-victims. Absolutely artificial, it was built not so much on the interpretation of facts as on the negation of those that did not suit her. This was enough for internal propaganda, but it turned out to be useless, it was worth reaching the interstate level. While adherents of the new historical doctrine argued with their pro-Soviet colleagues or Russians, various inconsistencies could be attributed to "Kremlin propaganda", undermining the young state. But the Poles cannot be blamed for playing up to Moscow. If only because they recognized the famine as genocide before the Verkhovna Rada itself ...

The desubjecting of history makes, in principle, meaningful contact at the international level impossible. After all, history is not only Volyn tragedy. The same Poles have complaints about the events of the 1939 year, and they do not avoid the possibility of talking about it. But on what basis and in what status should the Ukrainians take part in the discussion? A nation that refuses to consider itself a participant in those events can only listen to what the Poles will talk with the Russians, who have not broken the continuity.

And desovietisation makes it impossible for the task for which in schools they tell about the past in principle - the formation of a community united by a common history and looking into the future together.

Ctrl Enter
Noticed a mistake Highlight text and press. Ctrl + Enter
We are
Shadow of UkraineVolyn's tragedy: why "it is difficult to believe the Poles ..."
91 comment
Information
Dear reader, to leave comments on the publication, you must to register.