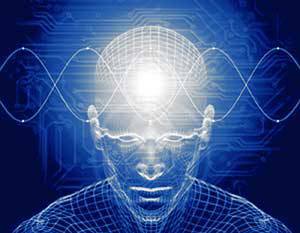 The activity of non-governmental organizations (NGOs) in the territories of the countries that were part of the USSR and other countries close to them is a very interesting topic for political science research. NGOs, which in essence should have been the basis for the creation of democratic institutions in independent states, instantly turned into an instrument of direct resistance to the current authorities, and sometimes even an organizer of mass acts of civil disobedience. What is the reason for this "use" of NGOs? As a result, the actions of organizations proclaiming good deeds actually prove to be the conductors of the will of foreign governments?


In this sense, the example of Kyrgyzstan is the most indicative. Today, more than 15.000 non-governmental organizations are operating on the territory of this state with a population of just over five and a half million citizens! That is, in fact, ALL the population of the country, including infants and elderly veterans, can be divided into organized groups of 300-400 people who can fulfill the will of those who pay money at any time. As a result, Kyrgyzstan became not only an absolute record-holder in the number of non-governmental organizations, but also in the number of coups, which have no end in sight. In a word, instead of a democratic society, a whole system of parallel government was created in the country.

Of course, this has nothing to do with democratic institutions, about which Kyrgyz “oppositionists” shout loudly, absolutely similar to those who have been operating in Azerbaijan for many years. Moreover, in Kyrgyzstan, the “oppositionists” are the same prosperous “figures”, traveling around the countries criticizing the current authorities and throw mud at any initiative. The machines they have, however, more modest than the Baku "colleagues". But just like the Azerbaijani leaders of the "dissenters", the Kyrgyz opposition bosses NEVER participate personally in any acts of civil disobedience. What for? Young people can be sent to the square and to rallies to fight with the police, with the state, into jails, ruin their lives and health ...

This was clearly shown when the former president of Kyrgyzstan Askar Akayev gave the green light to various NGOs, hoping to develop democratic traditions and at least provide the poorest part of the population. As a result, the flow of various charitable organizations with huge funds poured into the country. Only for some reason, the funds practically did not reach the people, but settled in the pockets of the new “opposition” (how all this reminds Baku!). Like mushrooms after the rain, the Public Foundation "For International Tolerance", the Foundation for Assistance and Support of Legal and Economic Reforms, the Network of Central Asia Human Rights Defenders, the Lawyers of the Fergana Valley without Borders, and the Association of Civil Society Support Centers "," Ray of Solomon "," Citizens against corruption "," Justice "and thousands, thousands of other organizations.

With all the diversity, the main and unified for all these NGOs task is politics, control over the government in the interests of "customers" from abroad. For example, a non-governmental organization with a loud title “Justice” simply collected information, often of a compromising nature, for the OSCE headquarters in Bishkek. Another organization with the no less “democratic” name “Center for Human Rights“ Citizens against Corruption ”actually turned out to be an elementary center for collecting information. The NGO with the loud name“ Ray of Solomon ”under the guise of the project“ Providing legal and other assistance to vulnerable people "just worked for the Soros Foundation-Kyrgyzstan."

Absolutely identical situation today in Turkey. The opposition well-paid from abroad used the theme of the reconstruction of the city, instantly turning it into the theme of "political struggle with the existing system." In fact, in obvious irony, it is Taksim Square and the entire central district of Istanbul that is a model for those who want to have a modern, beautiful city. But now the youth rushes under the hoses, throws stones at the police, and, as always, is ready to "fight" - just for what ?!

The Turkish government has already announced that it is ready to listen to people involved in the riots. But it turned out that it’s not just anyone to communicate with - the riots are successfully paid for and organized, and those who pay, prefer to stay in the background. "Heroes" with good foreign money do not go to the square - for this there are young people. And for the organizers, the main thing is for there to be unrest, and even better, for people to die during the unrest ... For everything, as they say, paid. And paid in fantastic amounts.

For example, in Russia, where, just like in Central Asia, in Azerbaijan or in Turkey, non-governmental organizations put all their efforts into filling their own pockets and undermining the state system, only four months after the adoption of the law on the activities of NGOs to the accounts of these organizations from abroad Received 28,3 billion rubles. That is almost $ 1 billion! At the same time, 855 million rubles were transferred to the “oppositionists” through diplomatic missions. Should this cause alarm in the government of the country - this is, excuse me, a naive question! It is also naive that the leaders of these non-governmental organizations explain that the funds received are intended "to improve democracy." In general, who in Russia, Azerbaijan or Kyrgyzstan saw how millions of dollars entering non-governmental organizations are spent on people who really need financial assistance? This has never happened! Faster, you can find cases of direct sales and speculation of those drugs that come into the country in the form of free aid from the same Europe than a couple of dollars or euros transferred to the maintenance of children in needy families. And because of these people, who think only about their own pockets, young people go to the square under batons and tear gas ... And who is the “commander” of them? For example, in Kyrgyzstan, non-governmental organizations with the support from abroad are already confidently breaking into power.

For example, the deputy from the Ata-Meken faction Asiya Sasykbaeva is the former chairman of the board of directors of the Soros Kyrgyzstan Foundation. Another Ata-Meken deputy, Natalya Nikitenko, started the same “blood” as the manager of the fund Junior Achievement Kyrgyzstan, and later the director of the public foundation Academy of Higher Education TeachEx, and as the crown of the career, the deputy. Where does the money for their own promotion? Yes, from the same omnipresent Soros, Albert Einstein German Academic Initiative Fund for Refugees, Danish Institute for Human Rights, European Union TACIS, Norwegian Helsinki Committee, DCA (Danish Church Aid), Democratic Commission of the US Embassy in Kyrgyzstan, World Bank and many other organizations , simply turning in their own interests the state structure of Kyrgyzstan.

It is interesting how the authorities of the United States react when they see the predictable reaction of the authorities of Kyrgyzstan, Turkey, Azerbaijan to the activities of NGOs. Cries for the defense of democracy are immediately heard from the pages of all well-known newspapers, from television screens, in electronic media, and in international organizations. At the same time (apparently out of modesty), the State Department for some reason does not like to remember that the American law on the activities of NGOs has been developed, adopted and has been in force in the United States since 1938! Moreover, if in Azerbaijan and in Russia the activities of these organizations are checked by the prosecutor's office, in the USA the special services are engaged in this in the form of the Counter Intelligence Unit to combat espionage of the Ministry of Justice. That is, the activities of political NGOs are predetermined as representing a direct threat to the government, and at the slightest sign of such activities they will not be called to the prosecutor’s office for conversation, and the special forces of counterintelligence will level the office and the “oppositionists” themselves ... There was no American legislation regarding non-governmental organizations dealing with political issues, it is obvious that only such a very harsh reaction against political speculators justifies em yourself. But at the same time, the same American lawmakers object to the governments of other countries, urging not to interfere in the activities of the same NGOs at all. That is, in our country we recognize not only harmful, but deadly, and destroy at the root. As for other countries, let them work, and we will give money for this in billions.

Ctrl Enter
Noticed oshЫbku Highlight text and press. Ctrl + Enter
We are
Military reform as an integral part of the security concept of the Russian Federation: Systematic dynamic assessmentFunctional stupidity and national stupidity
40 comments
Information
Dear reader, to leave comments on the publication, you must to register.