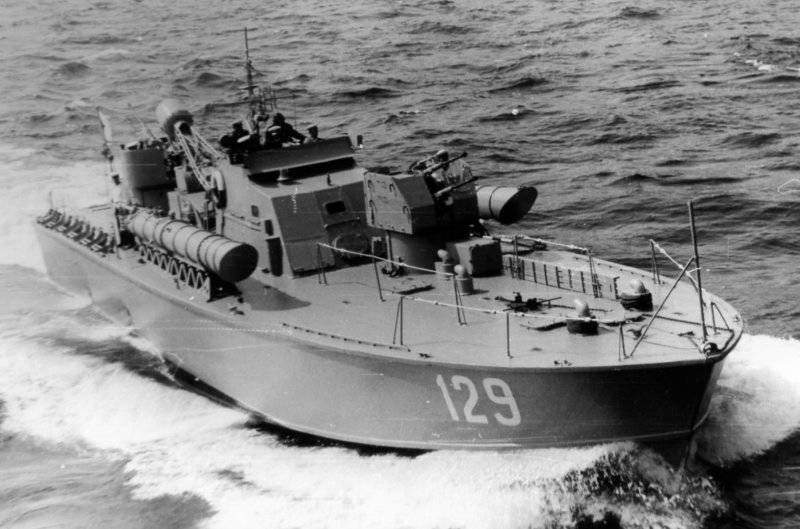 At the end of the 40-ies, the Special Design Bureau (OKB-5) of the NKVD, headed by P.G. Goinkis, began work on the creation of large torpedo boats. They were supposed to replace planing boats of prewar construction, which were not very successful.

The development process took into account the experience of using Lend-Lease American-made boats of the “Elko”, “Vosper” and “Higgins” types, which had high combat and operational characteristics.

In the manufacture of the hull of the designed boat, wood was used, and in order to increase seaworthiness, the hull was made unlimited and with sharp lines. Bulletproof armor was installed on the bridge and wheelhouse. The total displacement was 66.5 tons.

The total power of the power plant is 4 800 hp This provided the maximum speed in the 43-44 node. The autonomous navigation range reached 600 miles at a cruising speed of an 33 node, and an economical speed at 14 nodes provided a range of 1000 miles. 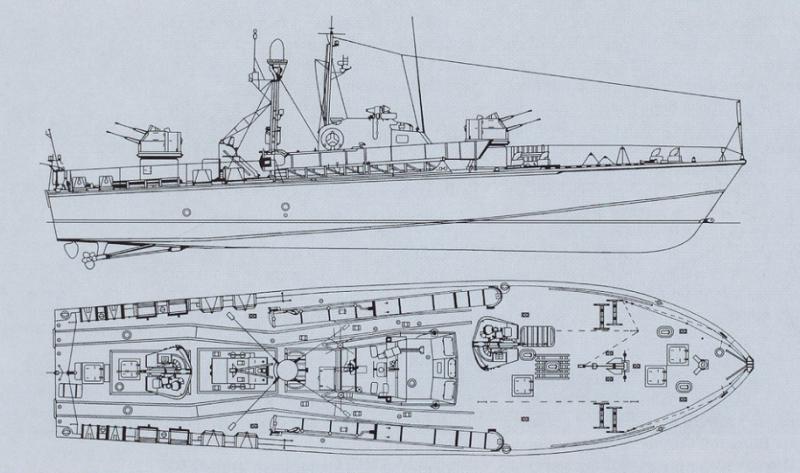 As the main armament of the boat, two 533-mm single-tube deck torpedo tubes were used, which were located at an angle of 3 degrees to the center plane.

To protect against aviation the enemy used two twin 25 mm anti-aircraft automatic fire installations. In addition, the boat could take on board up to six KB-3 sea mines, eight - AMD-500 or 18 - AMD-5. Instead of torpedoes, it was possible to take up to eight BB-1 depth charges.

After the completion of state tests and corrections of deficiencies, from 1952 to 1960 a large batch of torpedo boats pr.183 "Bolshevik" was produced - more than 420 units. Throughout their entire service life, they were used at all fleetsawarding great references.

On the basis of this project, improved models and boats for other purposes were also created.

The boat of the 183-T project was used to test an additional gas turbine afterburner power unit with an HP 4000 power, which raised the speed to 50 nodes. In 1955-1957, 25 boats were built at the production facilities of Leningrad according to a revised project.

Border troops received 52 boats in the modification of the "small hunter" without torpedoes. There was also a staff version pr. 183-Ш.

One of the serial samples of the boat on pr. 183-A received an outer sheath of arcticite, an analogue of bakelised plywood, into which metal wire is pressed.

It was also built sixty radio-controlled surface target boats pr. 183-C. They were used as targets during training in the process of combat training.

But the world's most famous was the first serial missile boat in the world with guided anti-ship missiles, 183R Komar. 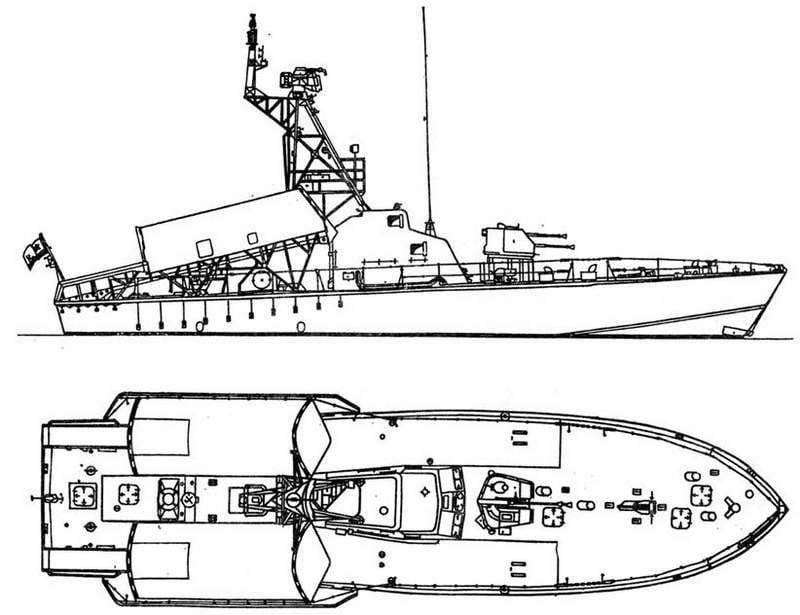 The design of the boat was approved in August 1957. The hull, the main systems and the power plant of the prototype boat remained in the same form. The changes affected the armament of the boat: he received two rocket hangars with P-15 missile launchers instead of torpedo tubes, a new radar for detecting surface targets and missile control equipment. 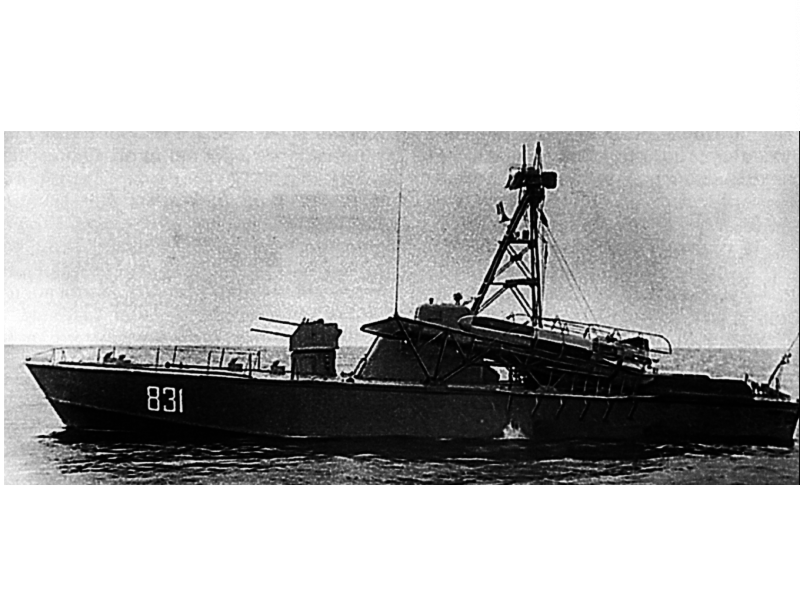 The use of a hangar type launcher was due to the fact that this type of anti-ship cruise missile did not have wings. The launchers had a constant elevation of 11.5 degrees, and their own weight was 1100 kilograms. The rockets could be launched at speeds up to 30 nodes during the swell up to 4 points. Also, only one 25-mm 2М-3М installation - the bow one was preserved on the boat.

This RCC was created in the ICB "Rainbow" headed by the chief designer A. Ya. Bereznyak. The complex with the P-15 rocket was adopted in 1960 year.

The P-15 rocket used a sustainer liquid-propellant jet engine, which was created under the leadership of A. M. Isaev. The engine used fuel TG-02 and oxidizer AK-20К and worked in two modes: accelerating and “maintaining” speed.

On the P-15 rocket, an autonomous guidance system was installed, which included the AM-15A autopilot, a radar homing head and a barometric altimeter, which was later replaced by a radio altimeter, which allowed sight in height.

High-cumulative warhead rocket weighed 480 kilogram. The rocket reached subsonic flight speed in 320 m / s, and the maximum range of the first modifications reached forty kilometers at an altitude of 100-200 meters above the water surface.

It is worth noting that among foreign specialists rocket boats and anti-ship missiles caused neglect. This kind weapons produced only in the USSR. 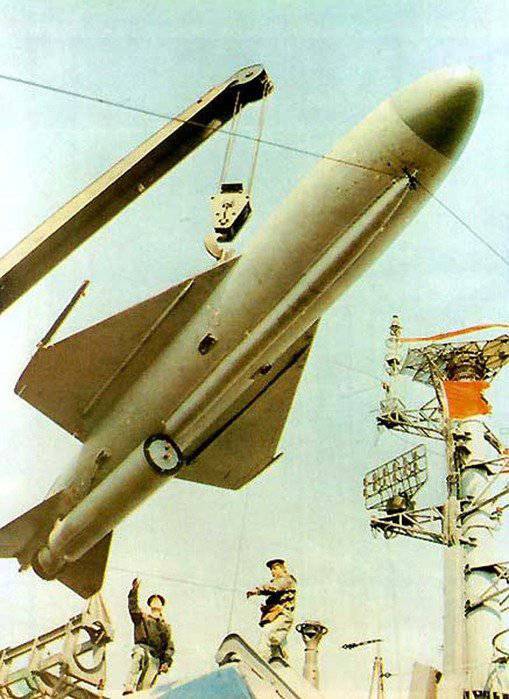 Officially, the missile system was put into service in the 1960 year, but already at the end of the 1958 year, without test results, two factories launched the construction of missile boats of the 183Р project. Production lasted almost nine years. At the end of 1965, 112 boats were built according to the 183P project. In addition to the Russian Navy, these boats were in service with the allied countries: Algeria and Egypt received 6, 9 transferred to Indonesia, 18 went to Cuba, 10 to North Korea, 20 to China, where they were later manufactured under license. Most countries have already removed them from service, but in Algeria they continue to be used as patrols, and the DPRK uses them for its intended purpose. 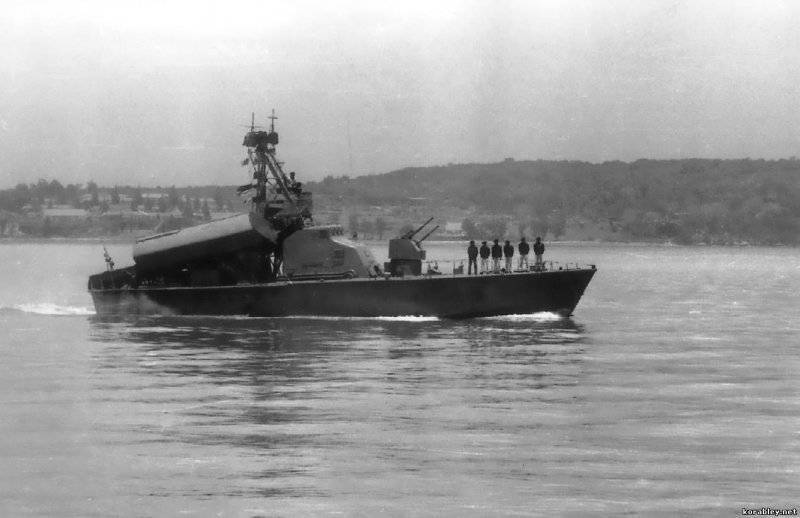 October 21 The Israeli destroyer Eilat 1967 conducted reconnaissance of Egyptian defense electronic equipment, moving in zigzags and crossing the border of the territorial waters of Egypt. 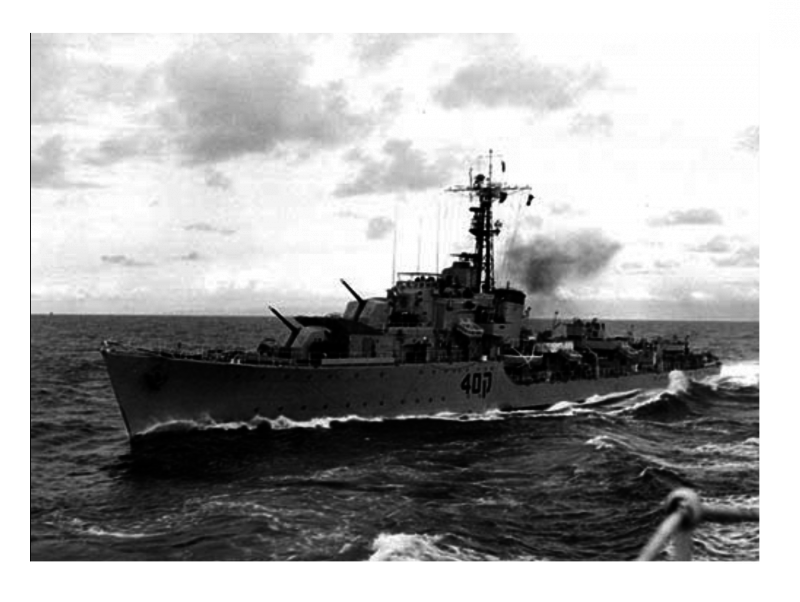 In the end, he went very far, so the Egyptian Navy decided to attack the offender. At five o'clock in the evening local time, the Egyptian missile boats, pr.183Р, who were standing at the pier in Port Said, raised an alarm. Radar boats found the destroyer at a distance of about 23 kilometers. Two boats departed from the pier, which formed the combat course. In 17 hours 19 minutes the first rocket was launched, and after five seconds - the second. 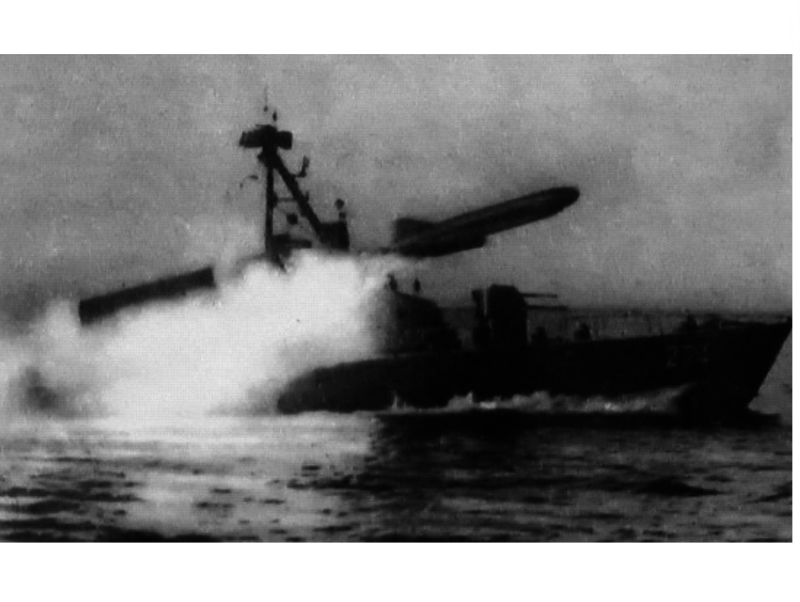 The destroyer was able to detect missile launches against smoke plumes and flares, but the intensive fire from anti-aircraft guns and movement at full speed in zigzags did not save the ship. Within sixty seconds after the launch, the first rocket hit the engine room of the ship, and after a few seconds the second rocket joined it. The ship began to sink due to critical damage, but it was not possible to save it.

Five minutes later the rocket launched the second boat. The third rocket hit the sinking destroyer, the fourth hit the sailors and the wreckage of the ship. As a result, 47 crew members from 199 died, and 81 people were injured.

After the attack, the boats at full speed formed a course of withdrawal. The first boat managed to get to the base safely, and the second one cut the bottom, jumping onto the coastal stones due to a crew error.

This incident turned into a world sensation. In the Western media, it was noted that a new era had begun in the naval war. 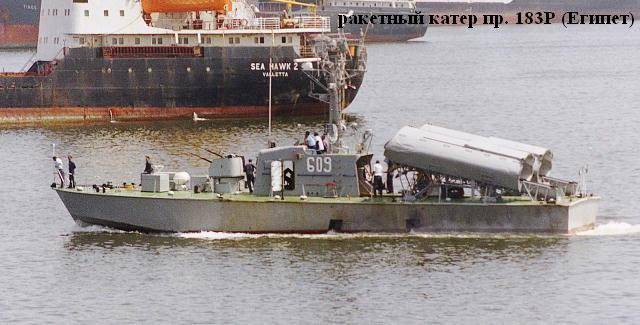 In May 1970, the Egyptian military reported that they had managed to sink another Israeli warship, the Orit trawler, which was fishing in al-Bardavil Bay.

It is worth mentioning that the Israeli Navy was able to fully recoup for the losses. The Arabs lost several boats due to tactical illiteracy and poor technical condition.

Subsequently, anti-ship missiles P-15 of various modifications were successfully used in other conflicts. For example, in 1971, with their help, the Pakistani destroyer was sunk during the Indo-Pakistani war, as well as several civilian ships and minesweepers. 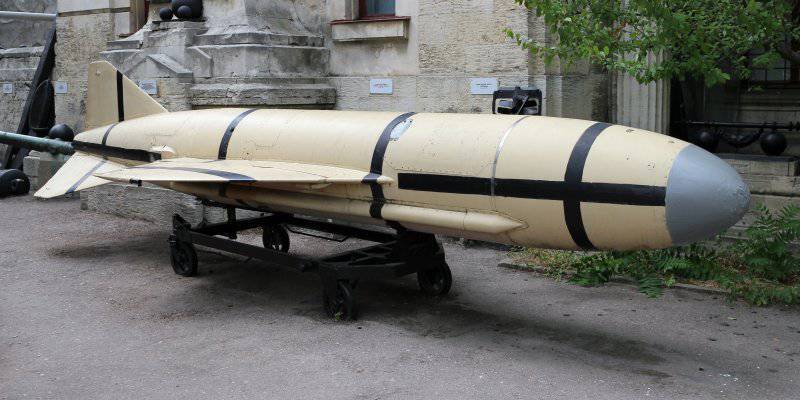 The successful use of Soviet weapons in battle greatly influenced naval theorists all over the planet. Feverish development and construction of anti-ship missiles, as well as their carriers, began.

Ctrl Enter
Noticed oshЫbku Highlight text and press. Ctrl + Enter
We are
Features of the combat use of torpedo boats on the Black Sea"Svetlana". History of creation
Military Reviewin Yandex News
Military Reviewin Google News
20 comments
Information
Dear reader, to leave comments on the publication, you must sign in.