The Russian army will change again 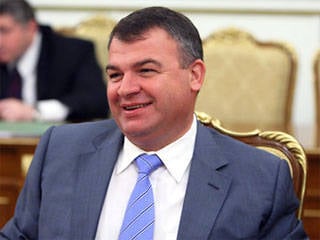 The last day at a meeting with representatives of civil organizations, held in the Public Chamber, the head of the Russian Defense Ministry, Anatoly Serdyukov, spoke about the upcoming changes in the Russian army.

According to him, in the department’s plans, the creation of such a mode of operation in which a soldier would be engaged in combat training, physical training, five working days a week, mastered weapon and technique. And on weekends - Saturday and Sunday - would have the right to go to layoff in civilian clothes. However, this measure of encouragement would not concern those who violate the rules of military service or poorly perform the duties assigned to it. In this case, he will be deprived of the right to leave the military unit for a period of time.

For those who serve in remote garrisons, instead of days off, additional vacations are provided due to accumulated unused layoffs.

However, the innovation offered by Serdyukov on the eve is not limited to this alone. Now, he said, the soldier will also have the opportunity to have an afternoon rest. Moreover, the rise and end times will also advance by an hour. Now the servicemen will get up at seven in the morning and go to bed at 23.00.

Also, in connection with the transition to one year of service by the defense ministry, the training program for recruits was revised. Now they finally decided to release from the implementation of unusual functions (cooking, cleaning of territories and premises). From now on, civilian commercial organizations will deal with these issues.

At the same time, the minister also expressed his opinion about the rumors that have recently intensified that the current term of military service, which, we recall, is 12 months, will be increased. That will not happen, - Serdyukov assured.

In addition, according to him, the soldiers serving under the contract can be equalized with the officers in terms of the payment of money allowances. As the minister said, the contractor should be interested in its extension, and not leave the army after the first expiration of its term. Thus Serdyukov hopes to create a layer of professional military.

At the same time, the military official also noted that the army cannot “recruit anybody”, as contract servicemen must work with complex and expensive equipment. In addition, as the Minister acknowledged the number in 150 of thousands of professional military men who have repeatedly appeared in the media, his department cannot afford it. It will be about 100 thousands of contract servicemen, who receive money allowances at the officer level.

In general, the plans for innovations voiced by the Minister of Defense almost immediately received support from members of the public chamber. According to them, Serdyukov's initiatives, in fact, are "the real humanization of the army." The release of soldiers from the performance of functions unusual for them will have a beneficial effect on their overall level. Soldiers - conscripts will receive an additional opportunity to communicate with relatives, which will help them psychologically.
Ctrl Enter
Noticed oshЫbku Highlight text and press. Ctrl + Enter
Military Reviewin Yandex News
Military Reviewin Yandex Zen
15 comments
Ad