July 19 2013
115
On the night of last Saturday, July 13, the surprise exercises of the troops of the Eastern Military District, the most ambitious in recent decades, started. The maneuver scenario was scheduled for a week, until July 20. However, the first results of the events became known now. The main events of the exercises took place at the beginning of this week and, by now, the troops are performing additional tasks, and will soon go to their bases. 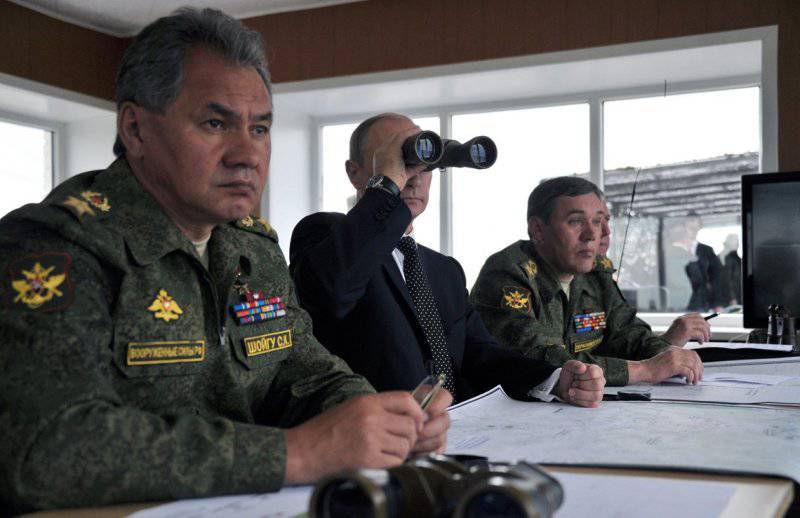 After all the troops arrived at their assigned positions, on Monday, July 15, the active phase of the exercise began. During this part of the maneuvers, for example, on Tuesday 14 Su-25 attack aircraft and 8 Mi-24 combat helicopters flew to the Mukhor-Kondui training ground in Transbaikalia, where they conducted a combat training attack on ground targets. During the strike on training targets, the pilots spent more than three dozen bombs of various calibers and fired over 800 unguided aviation missiles. According to the press service of the Ministry of Defense, preliminary information about the accuracy of the strike made it possible to assert that the pilots of the aircraft and helicopters successfully coped with the task and destroyed the mock enemy.

Around the same time, in the Sea of ​​Okhotsk, the Pacific fleet solved other problems. According to the legend of the exercises, the Guards missile cruiser Varyag, the large anti-submarine ships Admiral Vinogradov and Marshal Shaposhnikov and other boats and ships were attacked from the air. To hit a target imitating anti-ship weaponArtillery systems were used. Conditional ammunition was successfully destroyed. 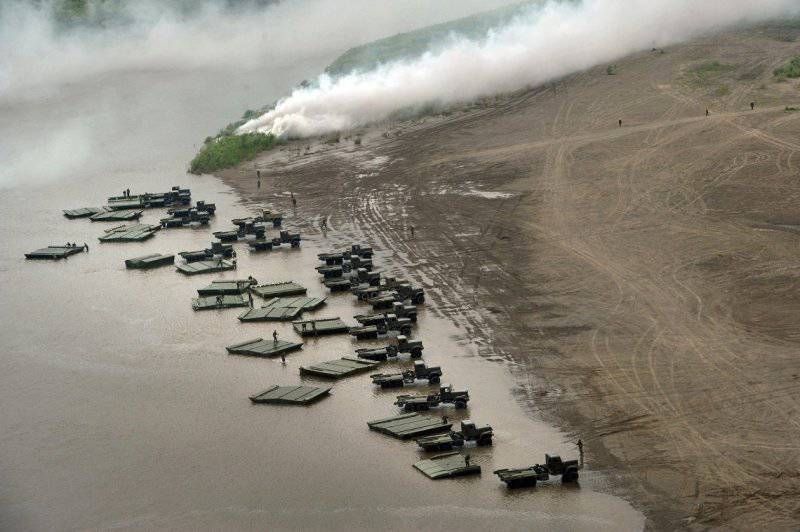 The military training work of the troops was observed by the President of Russia V. Putin. On Tuesday, 16 July, he arrived at the Uspenovsky training ground located on Sakhalin. The head of state listened to the report of the commander of the Eastern Military District, Admiral K. Sidenko, and, accompanied by his commanders, climbed the observation tower. According to the scenario of the exercise, on this day, the troops of the SBR were to carry out the defense of the coast from the naval landing of the conditional enemy. The attack was able to repel.

The following day, on Wednesday, V. Putin visited the Tsugol proving ground in the Chita region, where the troops of the Central and Eastern military districts practiced offensive operations. In this event, within the framework of a sudden check of the combat readiness of the troops of the BB, more than three thousand soldiers and officers participated, more than 200 armored vehicles, several dozen strike aircraft and helicopters, as well as other military equipment. During this stage, it was planned to land an airborne assault consisting of two Airborne troops. However, military transport aircraft Il-76, departing from the airport Vostochny (Ulan-Ude) returned the fighters back. By the time of the proposed landing, a strong wind had risen, due to which the President had ordered not to risk and cancel the landing. The Chief of the General Staff, Colonel-General V. Gerasimov gave the appropriate order.

After the maneuvers at the Zugol training ground, the exercises entered the final stage. The troops must complete a few more tasks and then return to their places of deployment. According to the Chief of the General Staff during the exercises at the test site near Chita, at that time the units of the Central Military District and the Higher Military Training Organization held about a hundred different training events of a relatively small scale. 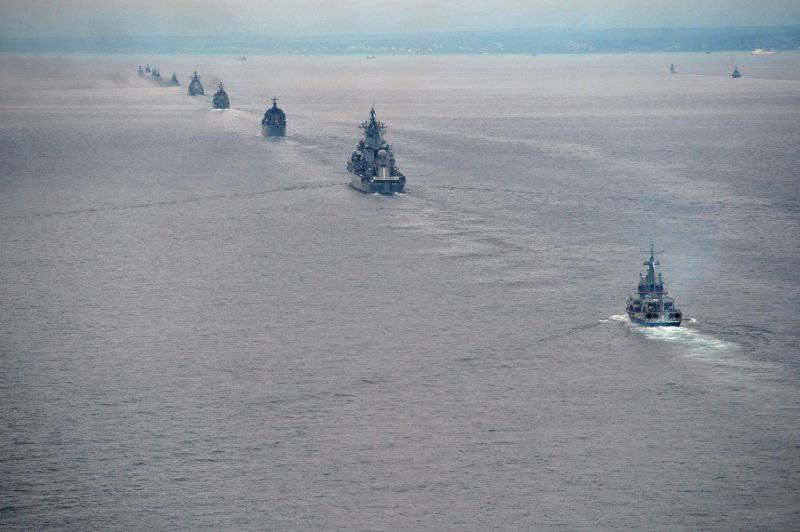 Shortly after the end of the maneuvers in the Chita region, President Vladimir Putin spoke to journalists and expressed his point of view on current events. He noted that such large-scale exercises were not yet in the newest stories and possibly in Soviet times. In addition, the head of state stressed the importance of such maneuvers. According to him, the army and navy must be in motion and improve their skills. The importance of the exercises is increasing in the light of the fact that now the army and navy are developing new weapons and military equipment.

Also, V. Putin drew attention to the fact that it was not just exercises, but a sudden check of troops. This means that the divisions, after receiving the order, had to go up and go to the indicated place. Such a transfer is associated not only with the movement of technology and people, but also with a lot of related issues. In this case, it is necessary to organize the supply of food, ammunition and medicines. The president spoke well of the work of railroad workers, seamen and military transport aviation, which ensured the timely delivery of troops and everything necessary to the places of maneuvers. 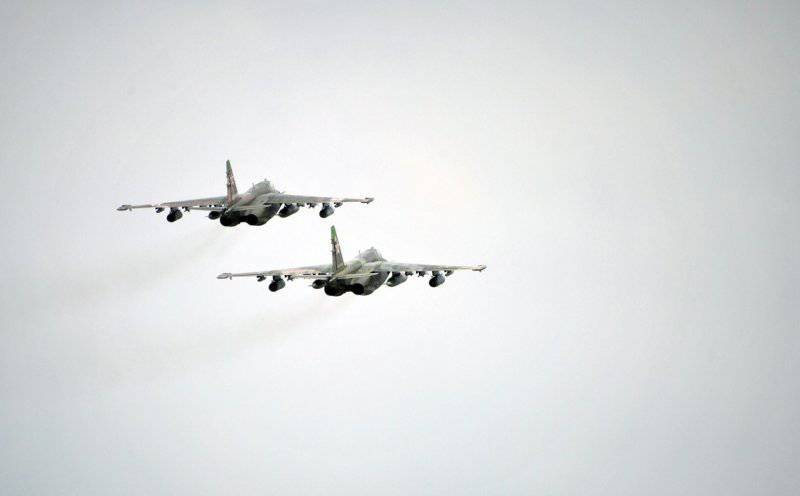 The president also summed up the preliminary results of a sudden check. Despite the fact that the teachings themselves end only on July 20, he spoke about some common aspects. According to V. Putin, “the teachings are held harmoniously, there is not a single serious violation.” The objectives of the exercises have been practically achieved - the servicemen have trained to work in unfamiliar areas. Because of this, for obvious reasons, not all plans could be implemented at one hundred percent. Nevertheless, as the head of state noted: “They did not hit every target, but they fulfilled combat missions.”

Finally, Vladimir Putin raised another interesting topic concerning the attitude towards the army. As the head of state said, the other day he had the opportunity to communicate with civilians and they were actively interested in the course of a sudden check of troops. According to the president, this indicates respect and interest in the army, of which we can be proud. Even before the end of the exercise, V. Putin thanked all the commanders, officers and soldiers who took part in the surprise test for the training they had shown. 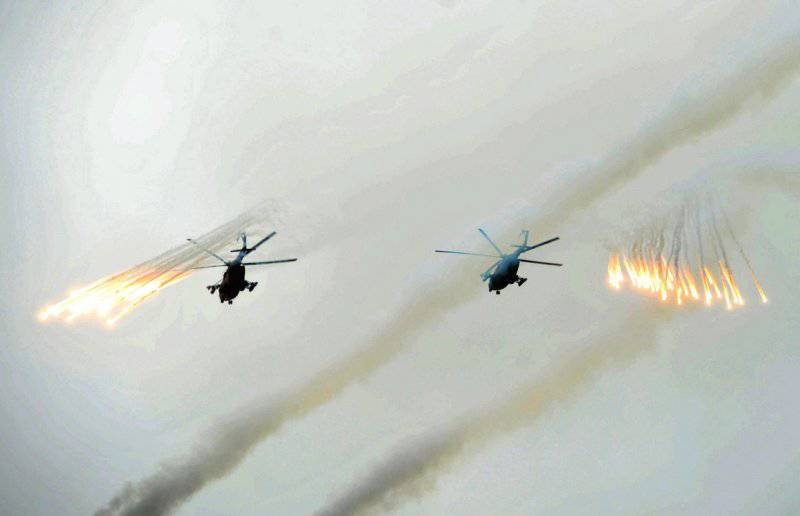 Already after the start of a surprise check, the Ministry of Defense made relevant statements regarding the international legal status of the maneuvers. As the head of the Main Directorate of International Military Cooperation of the Ministry of Defense, S. Koshelev, said, Russia had notified its foreign partners in advance of the imminent start of the exercise. At the same time, Koshelev noted that our country does not have strict obligations regarding informing other countries about its plans. The only such document (“Shanghai Agreement on Confidence Building Measures in the Border Area”) was signed in 1996 and obliges the Russian military to promptly notify official Beijing about events in the vicinity of the Russian-Chinese border. In the case of countries belonging to the CFE Treaty, a different procedure for informing applies, but this time Russia voluntarily warned its partners.

According to the plan of the current exercises, the military personnel, fulfilling the training and combat tasks assigned to them, will stay at the testing grounds until July 20. After that, they will make a march again, but this time to their bases. Within a couple of days, all personnel and equipment should return to their places of deployment. Thus, railroad workers, seamen and pilots of military transport aviation will have to repeat their recent work again. The command of the armed forces, in turn, will be engaged in summing up the results of a sudden inspection of the troops of the Eastern and Central military districts. 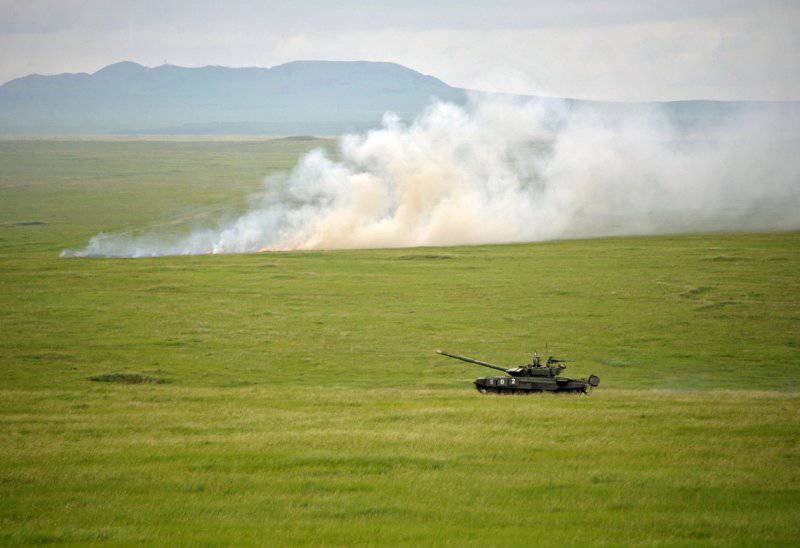 Ctrl Enter
Noticed oshЫbku Highlight text and press. Ctrl + Enter
We are
Sudden verification of the combat readiness of the Northern Fleet, ZVO and Airborne TroopsCompleted a surprise check of the troops of the Central Military District
Military Reviewin Yandex News
Military Reviewin Google News
115 comments
Information
Dear reader, to leave comments on the publication, you must to register.