Frigates for the Baltic Fleet: why they should be and will be more 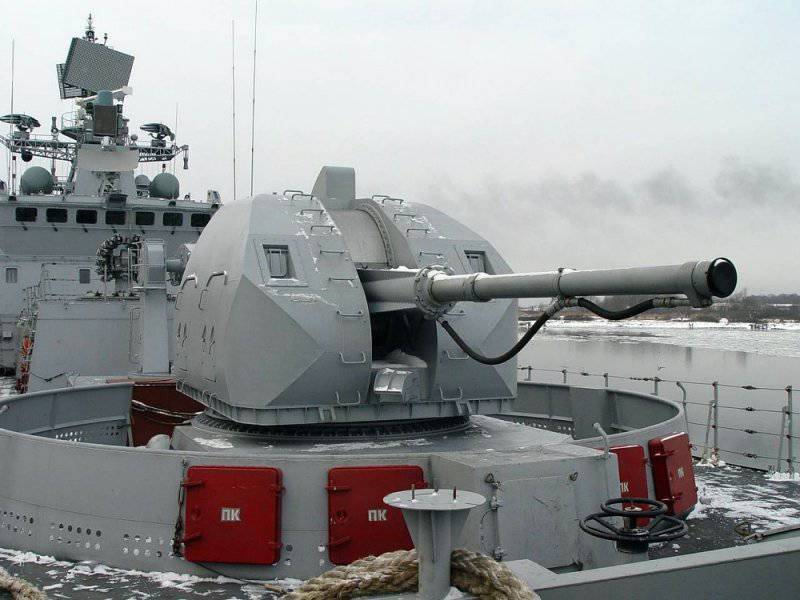 At the groundbreaking ceremony for the Russian Navy, the fourth frigate of the 11356 project ("Admiral Butakov") sounded important newswhich cannot be ignored. It relates to the renewal of the military personnel fleet.


A series of frigates project 11356 for the Russian Navy will be increased. A spokesman for the management of the United Shipbuilding Corporation (USC), Yakov Berezhnoy, told reporters: “There are plans to build three more such ships here in Kaliningrad’s Yantar plant, in addition to the six frigates of this project.”

That is, in the near future, not six, but nine such ships can be built. And really soon. The frigates of this project are mastered in a series for an Indian customer and can be built at a good pace (approximately by ship per year). They are also very quickly commissioned - the entire process of retrofitting, testing and debugging the operation of systems and mechanisms is perfectly mastered on Indian ships. Six units for the Indian Navy were practically "baked like hotcakes." And today we have a serial ship, which is so needed to upgrade the combat strength of our fleet.

We previously wrote about frigates of project 11356. This is a medium displacement ship that formally continues the series of Soviet patrol ships. However, it is able to act both in the near and far sea zone (determined by the range of the coastal aviation), and on the ocean. As the chief designer of the 11356 Northern Design Bureau project, Pyotr Vasiliev, said: “... These frigates were tested by our Indian friends, they made crossings across the Atlantic, the Pacific Ocean and proved their viability and reliability in the sea and ocean areas.”

In addition, the composition of weapons frigates 11356 project significantly superior to the Soviet patrol. Their weapons complex is fairly balanced and allows you to effectively deal with both surface ships of the enemy and submarines, to repel attacks of air attack weapons. Armament should be compared with the Soviet destroyers of the 956 project (“Sarych” - by the name of the project cipher, or “Modern” - by the head destroyer of this series). Yielding the latest in artillery (two double-barreled 130-mm units on the Sarych against one 100-mm on the 11356 project), they are superior to destroyers in offensive and anti-submarine weapons. And they are at least equal in the anti-aircraft system (the same Uragan rocket complex and a more advanced short-range rocket-gun complex). The 11356 frigates carry eight Kalibr-NK (Club-N) or Onyx (Yakhont, Brahmos) anti-ship missiles. Both complexes are superior to the Mosquito missiles carried by 956 destroyers. A complex "Caliber" to the same universal purpose - in the ammunition can include both anti-ship missiles and anti-submarine missile torpedoes, depending on the combat mission. If necessary, the frigate can take and missiles of this complex, intended for attacks on coastal targets. However, the standard ammunition, limited to eight launch cells, makes it possible only a point use along the shore.

Thus, up to 2020, we can get nine completely modern and versatile ships. Moreover, the first (“Admiral Grigorovich”) can be accepted into the fleet at the beginning of next year. Its launch is expected just a few days ago, and mooring trials are planned for the autumn.

It should also be noted that the first three ships of this series will be part of the Red Banner Black Sea Fleet, and the next three will remain in the Baltic. Previously, all six frigates planned to transfer the Black Sea. As Yakov Berezhnoy said at the groundbreaking ceremony: “The first three frigates will go to serve in the Black Sea Fleet, the second is likely to remain on the shores of the Baltic”.

This decision is most likely due to an increase in the series to nine combat units. It should be considered correct, and this is why. At present, the twice red banner Baltic Fleet is in dire need of renewing its combat strength. And if for actions in the Baltic it will be enough already included in the composition and only under construction corvettes (patrol ships) of the 20380 project, then to ensure and strengthen the heterogeneous groups of ships operating in the Atlantic, something more serious is needed. At the moment, the Baltic Fleet patrol ships Fearless and Yaroslav the Wise are perhaps the most sought-after ships in various sea and ocean cruises. They are close in class to the frigates of the project 11356, in fact, being their predecessors (more on this here). And it is simply necessary to strengthen the Baltic Fleet with such ships.

At the moment, NATO forces consider the development of their forces in the Baltic area as a priority. Here Russia directly borders on the NATO member states, not having “buffer territories” that were created under Joseph Stalin as a necessary condition for strategic security. And under these conditions, as a “buffer” capable of meeting enemy forces far from our own borders, we can only rely on the fleet. NATO has superior forces in the Baltic. However, the land and air component of NATO’s power in the region is highly dependent on sea and air supplies through the Baltic area. And the Baltic Fleet needs to be strengthened so that it can, if not nip, then at least constrain NATO's actions in the Baltic Sea basin.

Perhaps, the Russophobic part of the population of the Baltic states, who are already constantly talking about the “Russian threat”, will not like this very much. However, the direction of the threat is just the opposite. We are only forced to respond to threats that come close to our borders. And Latvia, Lithuania and Estonia should understand that the only goal for which their countries have taken into the North Atlantic military alliance is the need for a strategic foothold at the borders of Russia. Well, a little more extra "cannon fodder."

Russia will restore its military potential, including in the Baltic. But the Baltic states instead of “security”, the promises of which local politicians explained their joining NATO to their residents, receive the status of the front line of an aggressive military bloc. With all the consequences. If they were neutral, they would feel calmer.