About new de-Stalinization: how it will be 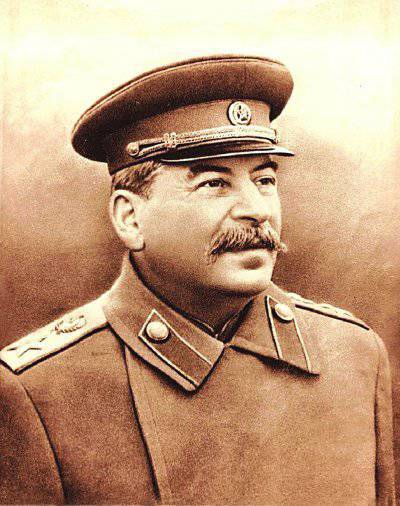 Do you like Latvian politicians and publicists, as I love them?


Just imagine that you and a friend are hunting, say, a hare. Here you sit in an ambush, look, as the unsuspecting hare approaches a shooting line. Here the hare made another step and became closer, another step, another ... And at this moment, when you are all like a stretched string and get ready to make an accurate shot, your friend loudly declares his dreams about the hare: "Zaychatina stewed in red wine with onion!"

About the same thing happens in politics. Russia has long been trapped, waiting in ambush, suffering, watching, luring, wrapping, working with the fifth column, with international opinion and organizations, trying not to betray themselves, disguised. And at that moment, when, it would seem, everything was almost done, it remains only to wait for the last fatal step ... And at that moment a voice with a Baltic accent is heard from the ambush: “Ooh! Compensation-a-sation ca-a-ah occupancy-a-ation! Many ooo! ”

Well, how can you not feel the deepest gratitude to Latvians?

So this time something similar happened. The dangerous for Russia program has resumed. Here it would be just to keep quiet, wait for the moment when it will be late ... But we are not talking about someone, but talking about our intellectual neighbors.

Therefore, they warned us. Our Latvian comrades have handed over their accomplices, one might say, with giblets.

“Russia already this year will begin to implement a powerful state program, in which condemnation of the Soviet regime will be expressed. Her title: "On perpetuating the memory of victims of political repression."

Russian President Vladimir Putin is expected to present it in the fall to international-level political scientists from several countries at the Valdai Forum. This was announced by its founder and political analyst Sergei Karaganov, close to the Kremlin ... But will the international crimes of the Stalinist regime, including the occupation of Latvia, be recognized under this program? Hopefully. In any case, this idea is suggested by the statements of the participants of the presentation, which took place in RIA-News". So, for example, Karaganov spoke about the fact that the Bolshevik regime of the USSR gave rise to another totalitarianism - the regime of fascist Germany, and also created the prerequisites for the start of the Second World War. His associate, a member of Putin’s Council on Human Rights, Sergei Krivenko specified, indicating that the cause of the outbreak of World War II was the Molotov-Ribbentrop Pact.

So it is too early for Latvia to fall into pessimism, despite considerable attempts in Russia to exalt and rehabilitate Stalin. Also, one should not be particularly afraid of Russian declarations on Latvia. ”

In my opinion, great. It seems to me that the author of this note, Maris Krautmanis, deserved a small order from the Federal Security Service and a plaque in the workplace with the text: “Here worked Maris Krautmanis - an assistant of Russia”.

So, what did Maris tell us?

He reminded us that the past attempt to “de-Stalinize” ended, though not with triumph, but still had consequences - namely, created by order of then-President DA. Medvedev working group led by a hard-working handshake Sergei Karaganov. If you remember, I have already said that it was planned then: to bypass approvals and visas of ministries and departments to push through the “de-Stalinization” program by presidential decree. It was necessary to push through because, for example, the Foreign Ministry would never put its visa under this case simply because if “the Bolshevik regime of the USSR gave rise to another totalitarianism — the regime of Nazi Germany, and also created the prerequisites for the start of the Second World War,” the postwar legal structure of Europe, all the efforts of the Ministry of Foreign Affairs over the past 15 years and all the results of Potsdam, Yalta and Nuremberg. MFAs are people who are not engaged with abstract ideas about whether the universe is square or round, but with the specific use of the “Russia” state. And among people who work with specifics - specific problems and specific people, specific politicians and organizations, specific interests and concrete intrigues, there are far less crazy dreamers than among people who like to call themselves ideologues.

The second approach on “getting through” is waiting for us at the Valdai forum.

How is Comrade Karaganov going to turn this thing?

A hint on the technique gave us all the same Latvian journalist Maris.

If we look a little at the composition of the Valdai Forum, we will see that its central part is the so-called “Council on foreign and defense policy” - a structure fully subordinate to the interests of Sergey Karaganov and having the ability to set the tone for the entire forum, on the one hand, and give consultation with the president on the other.

Simply put, this very council is going to convince the president of the exceptional benefits of “de-Stalinization” in the sense of foreign policy: “This, Vladimir Vladimirovich, is a rebranding like that!” And the final will be the Valdai forum, in which the president will be put in a hopeless situation, in front of the whole forum, put papers for signature. And this is after throughout the whole course of the forum Karaganov and his accomplices will paint Putin’s charms as a de-Stalinizer. The president will have to either admit that he has no idea about what the forum he is going to do, or sign in order not to make a scandal.

The scheme is reminiscent of the classic layout of the timeshare. This is when you are invited to a place where they are watered with champagne, they smile and wish you only good, and you leave the place where the owner of the devil knows what, in some tiny fraction on the other side of the world for a hell of a lot of money. Only in the case of the upcoming Valdai Club, the consequences are more serious.

And all this could have been done quietly, if it were not for the touching peculiarity of the Latvian beneficiaries to dream loudly and aloud about a bear fur coat in the presence of a not yet dead bear.

Ctrl Enter
Noticed oshЫbku Highlight text and press. Ctrl + Enter
We are
What you didn't want to know about EnglandOn the other side of the “red” and “white”. Izborsk Club Report
Military Reviewin Yandex News
Military Reviewin Google News
84 comments
Information
Dear reader, to leave comments on the publication, you must to register.