Afghan operation as a triumph of American democracy

July 22 2013
50
Next year, the US contingent will leave Afghanistan. The withdrawal operation is quite expensive. It will cost the White House, or rather the American people, 80 billion dollars. Moreover, military equipment will be used for scrap metal, which the commanders consider risky to leave the Afghan security forces. The fate of "recycled materials" expects almost two thousand cars worth 7 billion dollars. The total US expenditure on operations in Afghanistan amounted to 800 billions of dollars. 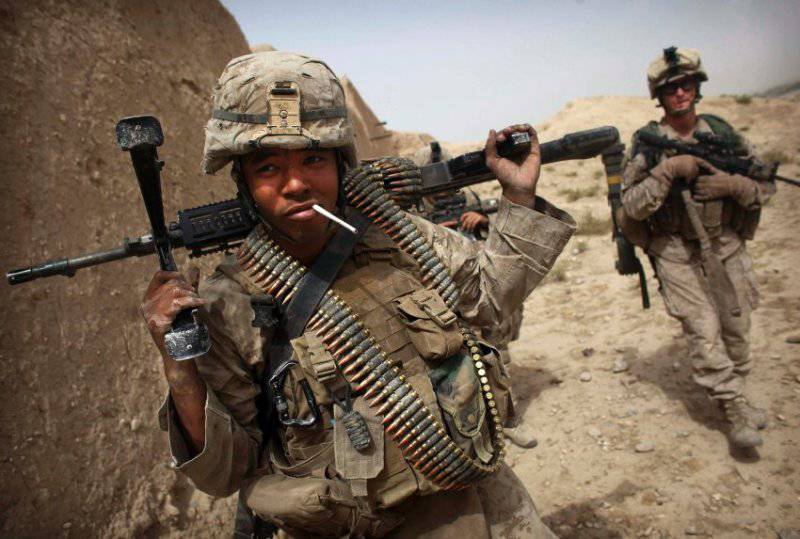 As Andrei Veselov points out (Russian Reporter), the US spent 640 billion on fighting and security in Afghanistan. This is the amount spent on the maintenance of the ninety-thousandth group of American troops and equipment in the ISAF, as well as those thirty thousand soldiers that are not included in the ISAF. This includes American tranches to NATO allies and payments to the Afghan Northern Alliance during the first stage of hostilities.

55 billion dollars was spent on arming and training the Afghan army. The backbone of the Afghan National Army consisted of Northern Alliance fighters who fought with the Taliban.

Expenditures on the new administration of Afghanistan amounted to 20 billion dollars. Recently it turned out, the journalist points out that Hamid Karzai’s personal office was also receiving money through secret CIA channels.

110 billion dollars was spent on infrastructure projects in the country. This includes, for example, assistance in the construction of railways. However, July 30 2012 in the US Congress heard the report of the inspector for Afghanistan, John Sopko. This comrade stated that there is no control over the quality of construction financed by Americans in Afghanistan.

Americans spent money on the fight against drug trafficking (25 billion dollars). In the middle of 2012, the Afghan Drug Police, the US Drug Enforcement Administration, and the Russian Federal Drug Control Service conducted an operation to destroy the network of drug laboratories in the north of Afghanistan. However, Moscow accuses Americans of failing to stop drug trafficking from Afghanistan to Europe through Russia. 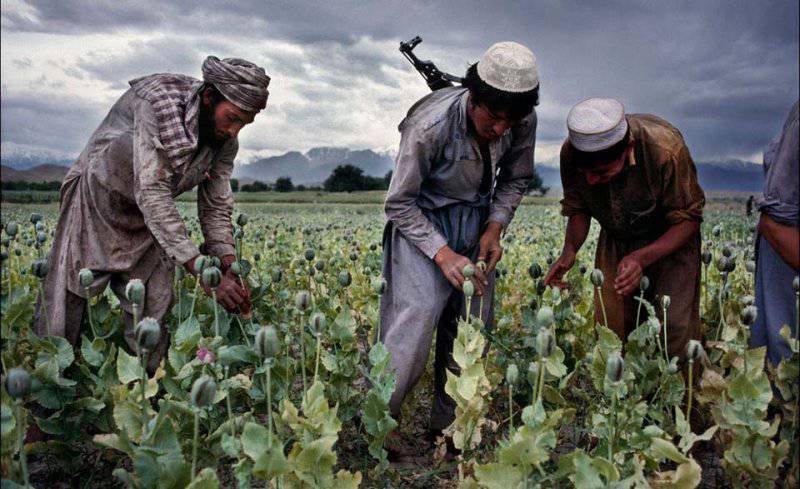 In a report by Sergey Duzya ("Voice of Russia") cites the opinion of the director of the Center for Socio-Political Studies, Vladimir Yevseyev, who highlighted the problem of utilization of military equipment and equipment brought to Afghanistan by the Americans. The analyst said that several options were being considered for what to do with the American weapons. The option of transferring heavy weapons to the Afghan military has not been considered: there is a danger of a part of the military moving to the side of the Taliban. The possibility of transferring arms to Pakistan was considered. However, in this case Washington would have aggravated relations with Kabul. The option of transferring weapons to certain states of Central Asia was also considered (it was about Tajikistan, Uzbekistan, and to some extent Turkmenistan). But the maintenance of weapons requires large financial resources, so weapons will not be transferred to post-Soviet countries in significant quantities, the expert said.

Therefore, the only option - scrap metal.

About two thousand combat vehicles with mine and ambush protection will go for scrap. By the end of 2014, the US military was “utilizing” 7 billions of equipment in this way. 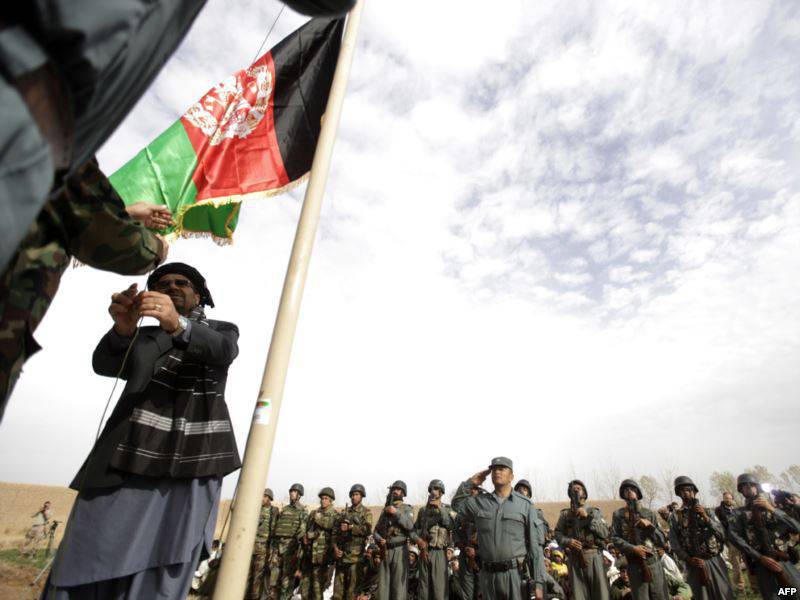 55's spending of billions of dollars in arming and training the Afghan army to Nikita Mendkovich, an expert at the Center for the Study of Modern Afghanistan, seems to be effective. The analyst says:

“I can not call these expenses ineffective. Because in Afghanistan, power structures with a total of about 12 thousand people have been created in Afghanistan from almost nothing over the past 300 years. Of course, they are not equal in quality to the American army. But, on the other hand, they do not need to fight the US Army. They need to confront the terrorists. I hope that they will somehow cope with this task. ”

However, if one asses the scale of Afghan corruption, it becomes clear that there are “dead souls” all around, and there are plenty of Chichikovs around.

According to The New York Times, no more than 120 thousand people serve in the Afghan army. The rest is listed in order to "master" their salary.

As for the stability of power in present-day Afghanistan, Vladimir Yevseyev spoke on this subject:

“The country is essentially fragmented. I do not really understand how with the help of money in this situation one can strengthen the clan power of Hamid Karzai, taking into account corruption, proximity to the control of drug trafficking. The problem here is that the current government in Afghanistan is not sustainable. She is illegitimate. This is how the Afghans themselves regard it. Under certain conditions, Karzai will not be replaced by American henchmen. This could lead to a split of the state and the beginning of a full-scale civil war. ”

It would be nice to know what he thinks about the outcome of the Afghan operation, Anders Fogh Rasmussen, NATO Secretary General. You can find out from an interview recently taken from Mr. Rasmussen by correspondents. ITAR-TASS Denis Dubrovin and Tatyana Kolomasova in Brussels. The General Secretary, it should be noted, reports quite cheerfully. And what to shade? If there is no victory in deed, it is necessary to portray it in words. In the end, the main current weapon is propaganda. Encourage the people that the United States won, and they will begin to believe in this victory. 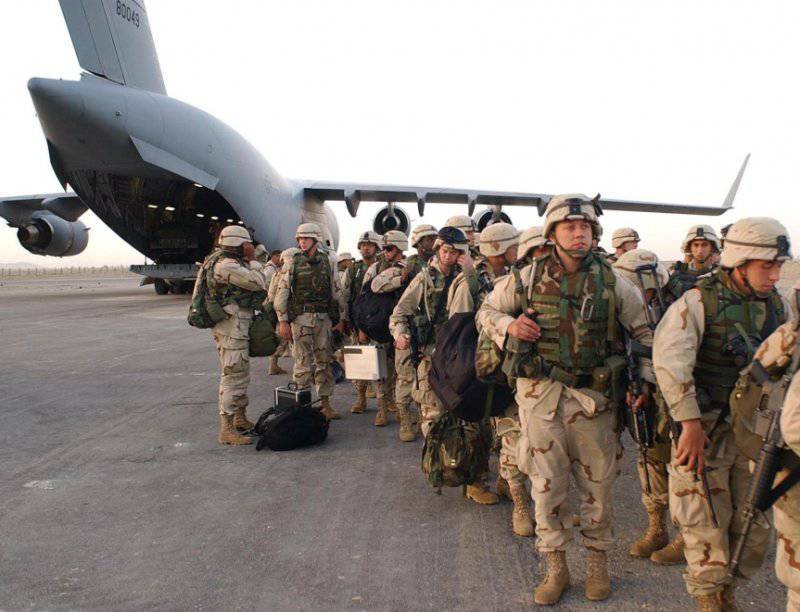 Journalists asked Rasmussen to compare the Soviet operation in Afghanistan with the American one. The Secretary General instantly found the difference:

“The difference is quite obvious. First of all, we created very strong Afghan security forces, whose numbers reached 350 of thousands of military and police officers. We are training them, equipping them, which will allow them to fully take responsibility for ensuring security in Afghanistan by the end of 2014. This is the key difference. We will not leave behind a security vacuum, we will provide Afghans with every opportunity to ensure their own security.

I should add that the second key difference is that we acted and are acting in Afghanistan on the basis of the UN mandate and at the invitation of the Afghan government. Soviet troops had no UN mandate. ”

As for the drug problem, then, according to Rasmussen, “this is a very serious challenge,” but it’s important here “to provide Afghans with the opportunity to independently ensure their security and their future. The task of combating drugs in this country is the task of the government of Afghanistan. ” Rasmussen doesn’t find a solution to simply destroy poppy crops.

A very logical point, it should be noted. Why destroy something that not only the United States and NATO do not struggle with, but also on what time they have to profit?

Rasmussen is also confident that Afghans will be able to "introduce more profitable crops."

Corn, I guess. Khrushchev them in the example.

The secretary general shows idealism in relation to the Taliban. According to him, "it is necessary to give a chance to the political process." He admits that the Taliban can fulfill all the conditions: to support the Constitution of Afghanistan, to respect the rights of women, to break ties with terrorist groups, etc.

Right Yeltsin flippers, not the Taliban ... 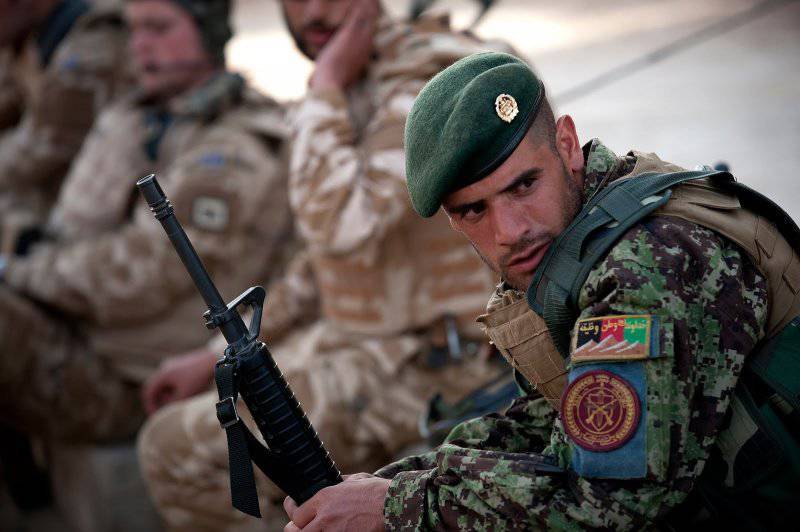 According to ITAR-TASS, the number of ISAF today is about 100 thousand people. Their output should be completed by the end of 2014. These forces will be replaced by the international non-combat mission of instructors and advisers (number up to 14 thousand people), providing support to the Afghan forces.

The withdrawal of Soviet troops from the DRA ended in 1989. The Najibullah regime lasted until March 1992. Najibullah was killed in the 1996 year - after the Taliban captured Kabul.

There are predictions in the media that Mr. Karzai would not have lasted as long as Najibulla had lasted. However, the elections in Afghanistan are scheduled for 2014 year, and they will be held before the withdrawal of ISAF troops.

Negotiations with the Taliban, which the United States is ready to hold and which Karzai is very nervous about, as well as the very likely statements of the Taliban members about their choice of the path of democracy and refusal of Sharia aspirations and medieval ideology may turn out to be the carpet that the White House will spread to militants on the way to power. What for? And in order for the entire world community and in particular the American people, the defeat in Afghanistan seemed like a victory. Look, they say: the Taliban are not just defeated in an antiterrorist operation, but ideologically struck and have become tame animals. For the sake of such a triumph of democracy, it is not a pity eight hundred billion dollars!