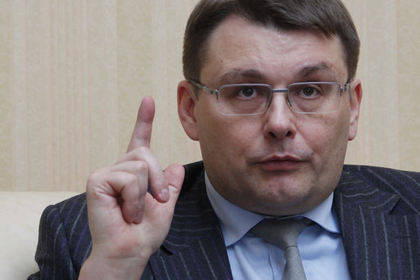 Day of Russia was celebrated more than a month ago, but interest in this holiday began to gain momentum, as they say, after the fact. And the interest in this case is of the nature of a frank negative, which the Russian lawmakers decided to bring to the public. The initiative group, which includes representatives of all four parliamentary factions (United Russia, the Communist Party of the Russian Federation, the Liberal Democratic Party of Russia and Fair Russia), decided to come out with a proposal to cancel the celebration of the Day of Russia 12 June.

Evgeny Fedorov recalls that the holiday was originally called the Independence Day of Russia, which also, in his opinion, does not correspond historical reality. The initiators of the introduction of changes to the holiday calendar believe that Russia’s independence should be celebrated, for example, on May 9 or November 4, but not June 12. According to the same deputies, June 12 is by no means suitable for celebrating Russia Day (the decision to rename it was made in 2002), as many Russians in the early 90s and the date of June 12 are associated with the collapse of the Soviet Union, and the collapse of the country is unlikely to ever be perceived as a national holiday.

In addition, Deputy Fedorov declares: if we proceed from the fact that the Day of Russia corresponds to June 12 (with the beginning of the celebration since the 1992 year), this will give an occasion to foreign states to perceive the Russian Federation in the geopolitical field as a baby whose history has no more than 1000 years, and just a little over twenty. And if as a baby, then many foreign “partners” will have a desire to teach Russia how to send her not only foreign, but also domestic policy.

All these considerations prompted Fedorov and other representatives of the deputy group to the idea that such a holiday as the Day of Russia should certainly be postponed to another date.

On the one hand, there is logic in the arguments of Evgeny Fedorov. Indeed, the majority of Russians perceive the collapse of the Soviet Union with a clear negative, and therefore, either willy-nilly or not, they relate the date of the celebration of the Day of Russia to those tragic events that accompanied the isolation of independent states from the once great united country. And, it seems, the holiday is really worth moving to another date.

But on the other hand, it seems that our legislators have resolved all other issues a long time ago, and they have a lot of free time to come up with systematic initiatives to postpone holidays, consider proposals for transition to non-transition to summer time, rename the police to the police ...

The initiative group, which was unexpectedly preoccupied by the arrangement in the calendar of the Day of Russia, strangely, is little concerned with the issues that play a much more important role for the state and the people at this stage. And if you say that there are a lot of such unresolved issues, then it is nothing to say. And the new initiative of the deputies is more like an attempt to distract the Russians from the real problems that they (we) have to face. This is a “black hole” in housing and communal services with no one controlled by the growth of tariffs, this is arbitrariness in the provision of public services, this is a lot of economic and social problems, this is corruption, and after all, even with all attempts to solve all other problems for no.

So what happens? Our deputies were divided into certain groups, which are practicing who will surpass anyone in terms of untimely and often difficult to explain initiatives. At first, they stood up for the introduction of the obligatory zero ppm for drivers, now the same legislators stand by the chest already for the fact that the zero ppm will certainly be canceled, because it does not take into account the error of the breathalyzer.

At first, the absolute majority in the Duma called for the transfer of part of non-working days from January to May, so that the Russians could accumulate plenty on their backyards. After the transfer, it turned out that the transfer hit the economy painfully, reducing its May growth to the absolute minimum in all recent years. Now the diametrically opposed voices of the same legislators appear: by all means remove so many weekends from May and move them again, so that they do not deal a blow to the economy ...

In principle, we would hardly be surprised if we suddenly hear that representatives of the deputies corps voted to add one more day to May - just like the film “That same Munchhausen” - as an extra day of spring, which Russians will have to rejoice. At the same time, February will be limited to 27 days (28 in leap years), so that spring comes to Russia faster. And you can come up with the initiative to add a day to the summer, so that the parliamentary vacations would last for a little while, and all the legislators who did not breathe for Goa and the Maldives still spent a day relaxing on tropical beaches.

Whether the next initiative on transfer and transfer will be reduced to an empty undertaking, which, in addition, will require new billions from the federal budget. After all, the reprinting of the Labor Code alone will be spent so much money, which was enough for the gasification of dozens of settlements. I would like to believe that the initiative to the emptiness and the next hole in the budget will not be reduced, but it is hard to believe. And the reason for such mistrust is not in the excessively suspiciousness, but in the fact that all previous altercations, transfers and renames have not brought any positive moments for the state and society.

Yes, you can finish playing with these initiatives to the point that January 1, as the day of the new year, will be associated with negative. Well, of course - the deputy wakes up with his face, forgive the Olivier, - is this a reason for joy from the coming year of the next. You can also think about the transfer, for example, on January 9, when you will thoroughly oversleep and remember that he needs to be nominated for legislative work ... And the problems with 17 millions of people who continue to live below the poverty line, with corruption and the presumptuous army of local officials themselves they decide with themselves - this is not a parliamentary matter ...

Ctrl Enter
Noticed oshЫbku Highlight text and press. Ctrl + Enter
We are
LDPR. What is more valuable for Russia: the party program or the media image of Vladimir Zhirinovsky?Is there a solution to the problem of patriotic education of young people? Private initiatives
Military Reviewin Yandex News
Military Reviewin Google News
147 comments
Information
Dear reader, to leave comments on the publication, you must to register.