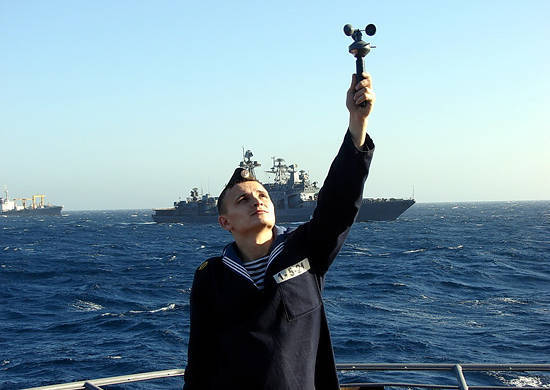 Today, in the Atlantic Ocean, an inter-naval warship squad (OBK) has been formed to carry out tasks in the region, which includes the flagship of the Black Sea fleet (Black Sea Fleet) guards missile cruiser "Moscow", a large anti-submarine ship "Vice Admiral Kulakov" of the Northern Fleet (SF) and a large sea tanker "Ivan Bubnov" Black Sea Fleet. Later, the tugboat “Eugene Khorov” of the Baltic Fleet will join the squad.


Ships and vessels in the first days of joint navigation will work out the elements of maneuvering as part of a warrant, conduct a series of exercises and training sessions on the move, including through communications, organizing air defense of a detachment of ships and repelling an asymmetric threat.