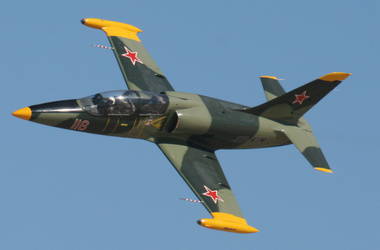 In the east of Kazakhstan, the Albatross training aircraft L-39 crashed. The incident occurred on Wednesday evening in the city of Aktobe - the administrative center of the Aktobe region. According to the Republic’s Main Military Prosecutor’s Office, the plane crashed while landing. Two people died - cadet and instructor.

The Voice of Russia, in turn, clarifies that the L-39 crashed into the hangar on landing. According to the radio station, the crashed plane belonged to the Military Institute of Air Defense. Begeldinov. A criminal case has been initiated on the fact of the crash under the article “violation of flight rules or preparation for them”.

In April, a MiG-2013 interceptor fighter crashed in the Karaganda region of Kazakhstan during a training flight in April. The crew managed to eject, there were no casualties. Earlier, in December 31 in the south of Kazakhstan, the military An-2012 crashed. On board were seven crew members and 72 military personnel, including the acting head of the border service of the National Security Committee Turganbek Stambekov. They all died.

Ctrl Enter
Noticed oshЫbku Highlight text and press. Ctrl + Enter
We are
In Dagestan, a military helicopter crashedThe accidents of military aircraft in Russia over the past 10 years
Military Reviewin Yandex News
Military Reviewin Google News
22 comments
Information
Dear reader, to leave comments on the publication, you must sign in.