July 18 2013
169
Disputes continue over what became the real cause of the accident, which happened not so long ago with the Proton-M, designed at the Khrunichev Center. The official results of the investigation will be announced before the end of this week, as reported by the media, Anna Vedischeva, press secretary of Roscosmos. However, the same Mrs. Vedischeva noted that after the publication of the results by Roskosmos, the investigation will not be stopped, they will be dealt with by a special government commission headed by Deputy Prime Minister Dmitry Rogozin. 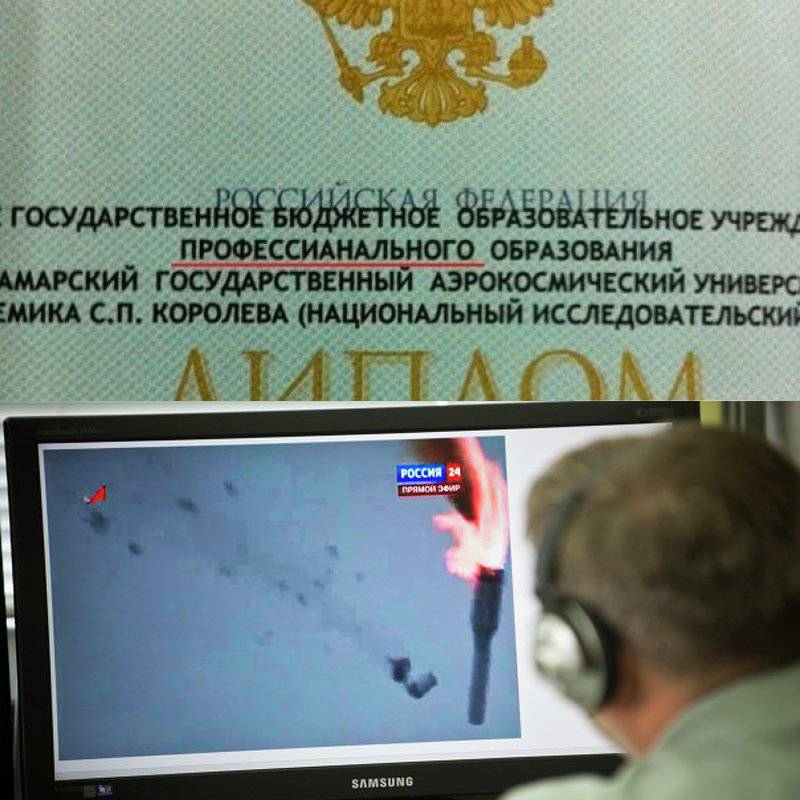 It is noteworthy that the officials, without waiting for the end of the investigation into the causes of the disaster at Baikonur, have already rushed to state such reasons. In particular, the head of Roscosmos, Vladimir Popovkin, immediately after the tragedy with Proton, revealed that the cause of the catastrophe was a premature start. According to him, the rocket launched on 0,4 from an earlier date. After these words of Popovkin in several publications, specialists in the field of rocket and space technologies immediately criticized these very words, stating that such an insignificant “false start” could not be the real cause of the catastrophe that occurred during the launch of the launch vehicle.

After some time, information came from the depths of Roskosmos that the cause of the fall of Proton-M was not an “early” start, but the fact that a certain employee at equipment installation managed to confuse polarity - “minus” with “plus” ... And with such a confusion, the rocket allegedly began to take off from the ground, after which the incompetence of the assemblers showed itself, and what happened happened: almost 4,4 billion rubles (Proton-M plus satellites on board) collapsed some time after takeoff.

So far, Dmitry Rogozin, who also received information about tangled contacts, was excited and thought that this confusion was impossible, Trud newspaper presented revelations about the disaster, no less than the leading design engineer of the Khrunichev State Research and Production Space Center. This same employee opened up on the pages of one of the forums, where he was "spotted" by the journalists of "Labor". Whether the design engineer wanted to "shine" if he used a network nickname for his revelations, and whether it was really the Khrunichev center design engineer, Trud does not report ...

But he brings the following revelations. Incognito publishes data according to which it was he who participated in the direct design of the launch vehicle. After the catastrophe, the same person allegedly took part in identifying its causes, and found that someone installed the DOP and angular velocity sensors "upside down."

Incognito (together with other members of the commission) identified this by the strange position of the arrows, which corresponded to the incorrect installation of the sensors. After the discovery of a marriage in the assembly (recall, found after the accident) began to work with documents that, again, allegedly, and showed who is the main cause of the accident that occurred in the sky above the Baikonur cosmodrome. This culprit identified (according to the letter of the documents, of course) a young man who managed to work in the center im.Hrunicheva no more than three months. At the same time, the young one (“incognito” calls him a kid) was even talked to a lawmaker, and he said, quoting: “I was absolutely sure that I had installed the sensors correctly”.

The questions that the lead engineer (or so, the “lead engineer”) was thrown about, why the engineers themselves didn’t check the work of the person who worked in the strategic center without a year for a week, answers something like this: the electrical monitoring did not show the incorrect installation for some reason, visual inspection was not carried out.

At the same time, “incognito” declares that today literally people are invited to the plant that is strategically important for the country, literally from the street, who are simply looking for a more or less bread place, and therefore such confusion with confused sensors can be considered, well, almost the norm, since control is lower than the baseboard. .

So, if we assume that the lead engineer of the Khrunichev Center illuminated by “Trud” is really the lead engineer, and that he is telling the truth, a frost runs over the skin and is not at all easy. It turns out that the vacancies of assemblers, welders and installers of radioelectronic devices (and this is at least) at strategic enterprises are almost occupied by guest workers, who yesterday grazed cattle, and today they rivet spacecraft, having no profile education, or any responsibility. And if so, what, tell me, prevents the “specialist” from getting to work at the same Khrunichev center, who has the direct task to do everything so that Proton-M does not take off ... And who can guarantee that this “kid” “Not such an idiot as he tries to imagine himself ... Lead engineer guarantees? Or the head of the center? Yes, after the revelations published on the Web, the price of such guarantees will steadily strive for zero.

Of course, you can declare that there were enough decorating (intentional or “it just happened”) at all times, only there was a time when any craftsman could be caught by the employee who controls the work. And what happened to this marketer or those who did not catch his hand for various reasons, was well remembered by many. If today there is no such control, then it remains to be surprised not that Proton-M fell, but to how other spacecraft generally manage to get to space ... The percentage of accidents is too frightening and suggestive of certain reflections.
If according to the results of the investigation it is really announced that a “kid” with a microscopic experience is to blame for everything, then what will it lead to? And it will lead to the complete discredit of the industry. Well, after all, the words about the collector's guilt are the same as if the commander, commenting on the lost battle, declared that ordinary Tsutskin was guilty in defeat, who managed to join the bayonet not to the barrel, but to the butt, but nobody controlled it at that moment ...

With regard to the collector, who “found the bread place”, they can start a case, after which the court will think for a long time about what punishment for this switchman to determine ... To force 4,4 to work out a billion rubles? It seems that the “boy” is a pity ... Yes, and to entrust him with any serious work is already somehow scary, if what the engineer said is true.

Start unwind business further? - God forbid, on much larger burbot you will leave - nizzzya ... There remains a proven method recently. The collector is clearly to blame, but punish him with a fine of thousands in 30 rubles. Understand, as they say, forgive, and forget about the lost billions and the prestige of the national astronautics ...

The verdict, which Roskosmos can arrange, and the Khrunichev center ... And will they suit us with this option? .. If yes, then the real culprits sip a cocktail through a straw, once again say thanks to our naivety.