July 18 2013
79
Around the conflict in Syria, a number of events occurred. Not only the successful offensive of the government army leads Comrade Assad to victory. External circumstances also contribute to it. Among those, the most significant split in the ranks of the so-called. “The opposition” (Al-Qaida actually declared the SSA war), a statement by the Iraqi Shiite leader Muqtada al-Sadr about one hundred thousand fighters for Assad, the British Prime Minister D. Cameron’s refusal of arms supplies to the Syrian “opposition” and blocking Obama’s aggressive inclinations . The overthrow of Islamist M. Mursi in Egypt, who previously spoke on the subject of “jihad” in Syria, also plays into the hands of Assad. From recent events, the turmoil in Turkey should be mentioned, pushing foreign policy for Erdogan to the background. 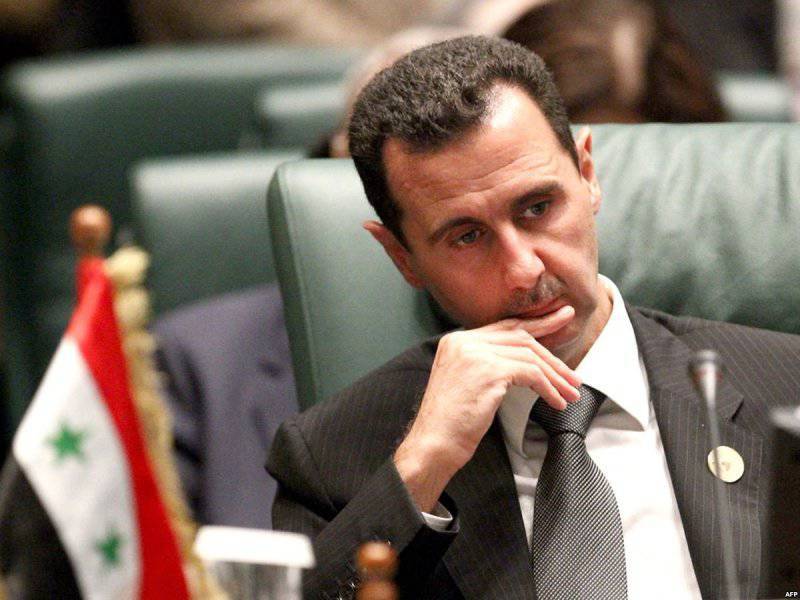 The other day, Francesco Motta, head of the mission of UN human rights defenders in Iraq, warned that a civil war could resume in the country. "I will not say that there is a civil war, but the statistics are very bad," - quotes him Rosbalt with reference to "MIGnews".

One of the main factors for increasing tensions in Iraq is the civil war in Syria. According to the Arab press, Muqtada al-Sadr, the head of the Iraqi Shiites, decided that the Mahdi Army fighters (total number - up to 100 thousand) can take part in the Syrian war - of course, on the side of Al-Assad. If this happens, the Sunni reaction in Iraq itself will follow immediately.

Rosbalt recalls that Muktada al-Sadr had previously issued a warning to the leaders of al-Qaeda, demanding that the people of Ayman al-Zawahiri "stop the terrorist intervention in Syria."

It is also reported that in the days of the assault on El Quseir, Hassan Nasrallah, the leader of Hezbollah, appealed for help to Comrade Al-Sadr. He planned to create an “exclusively Shiite army” of 110 thousand people in Syria. True, the Shia authorities of Nasralle refused.

On July 11, al-Qaida-related militants in Syria killed a member of the command of the Syrian Free Army, Kamal Hamami. According to correspondent ITAR-TASS Roman Podervyansky With reference to Reuters, this fact was another indication of the “widening split” in the ranks of anti-government Syrian forces.

A member of the Supreme Council of the SSA, Hamami (nickname Abu Basel al-Ladkani), was killed when he arrived at negotiations with the grouping "The Islamic State in Iraq and the Levant."

After the murder, the ISIL militants called the SSA and said that after Hama they would kill all the members of its highest council.

A few days later, the SSA commander Salim Idris accused the British Prime Minister of treason. The General made a statement in an interview with The Daily Telegraph. The reason for the accusation of Cameron was the latter’s refusal to support the decision of the EU leadership to supply weapons to the Syrian opposition, reports 9tv.co.il.

David Cameron refused to support this decision with the words: “Everything is too complicated there to intervene. And besides, if we are not talking about this weapons, which we cannot supply for fear that it will fall into the wrong hands, our supplies will not give the opposition a decisive advantage. The conflict will only flare up even more. "

Idris replied to this: “By his refusal, David Cameron actually condemns us to death at the hands of a well-armed army of Bashar al-Assad. Europe verbally supports us, instilling hope, but then refuses to help, and the farther away, the more it resembles a bad joke. I would really like to look the British Prime Minister in the eye. In addition, Cameron’s rejection dramatically increases the influence of al-Qaida among those who resist the Syrian regime. ”

In a sense, by the way, Idris knows what he is talking about. The fact is that the Pakistani Taliban gathered to help the Syrian Islamist militants.

Taliban warriors began to arrive in Syria from Pakistan. They are already pouring into structures close to al-Qaeda and other Islamist groups, reports "RT" with reference to the British media. The goal of the Sunni militants is to destroy Shiite opponents in Syria, supported by Iran and Hezbollah.

“When our brothers need help, we provide it, we sent hundreds of our people to Syria,” one of the leaders of the Pakistani Taliban quotes the Times. "The beginning of the influx of fighters from Pakistan into the camp of the opposition is a new turn in the Syrian crisis," the newspaper said. “However, along with increasing pressure on government forces, an increase in the number of jihadists in the opposition can split it even more.”

The press continues to note serious contradictions between Al-Qaida and the so-called "opposition."

As Daria Volkova writes (Utro.ru), Al-Qaeda intends to announce the creation of a Shariah state in Syria. This is reported by the Arab newspaper Al-Shark al-Ausat, citing a representative of the Free Syrian Army.

The militants are going to oust the SSA fighters fighting against government forces and seize territory on the Syrian-Turkish border. They expect there to control the flow of weapons and ammunition, as well as to manage the money earned from the smuggling of Syrian oil.

The “rebels”, on the other hand, declared that they were trying to prevent an attack by militants. The opening of the second front, they said, would greatly weaken them in confrontation with the "regime." Active actions from militants are expected at the end of Ramadan (August 8-9).

In Turkey, unrest continues, harshly repressed by the police.

On the night of July 14, large-scale clashes between demonstrators and the police took place in the largest cities of Turkey. Reports about it "Lenta.ru" with reference to France-Presse. Dispersing the demonstrators, the police used water cannons, tear gas and rubber bullets. According to Deutsche Welle, on the approaches to Taksim, demonstrators and journalists were attacked by people with wooden clubs - it is assumed that they were R.T. Erdogan's supporters.

According to Turkish bloggers, in Ankara, about a hundred people were injured as a result of police actions in Kyugyul Park.

RIA "News"Quotes the participants of the protest action in Ankara:" The police, which exists on our own taxes, attack the same people, and throw grenades not into the air, but into people, to defeat. It is unthinkable. I want to think that there are good people among the policemen, but with each and every one of their unreasonably tough attacks on us, this is less and less believed. ”

As Namig Huseynov reports (AZE.az) with reference to Anadolu, State Department spokeswoman Victoria Nuland said that the US-Turkey relationship is allied and strategic. However, she openly uttered ally.

Speaking about the unrest, an employee of the State Department noted that the United States will continue to remind the Turkish government about freedom of assembly and the words: after all, these are fundamental values ​​of democracy.

Against this background, Erdogan’s statements about the “butcher” and the “murderer” Asad are no longer heard ...

As for Egypt, on July 16, Hazem al-Bablaoui took the oath of office before interim President Adly Mansur as head of the transitional government of Egypt. At the same time, the ministers of his cabinet are sworn in, correspondent ITAR-TASS Dina Pyanykh and Dmitry Tarasov.

In the new office there is not a single representative of the Muslim Brotherhood. They have already responded to the ceremony in the presidential palace, stating that the provisional government of Egypt was sworn in - is illegal.

Thus, the Islamists, who spoke in Egypt against Assad, for “jihad” in Syria, are finally removed from power, which, incidentally, the United States does not object to.

It should also be recalled that earlier the US Congress in the face of the intelligence committees of both chambers blocked the decision of Obama to provide military assistance to Syrian militants. This was reported by the channel "RT" with reference to The Hill.

The decision was taken by the committees of the Senate and the House of Representatives in June, but kept secret. The newspaper explained the motives of the legislators: they fear that the weapon could get to the terrorists, including those associated with al-Qaeda.

Is it necessary in addition to note that Russia continues to support the legitimate Syrian government?

Thus, external circumstances work for the Syrian President and the Syrian people. We wish success to the “well-armed army of Bashar al-Assad,” which continues to squeeze out militants from parts of the country!

Observed and commented on Oleg Chuvakin
- especially for topwar.ru
Ctrl Enter
Noticed oshЫbku Highlight text and press. Ctrl + Enter
We are
Why overthrown Mursi, or the collapse of a failed jihadistResults of the week. "Excuse me, did I, too, chapel ...?"
Military Reviewin Yandex News
Military Reviewin Google News
79 comments
Information
Dear reader, to leave comments on the publication, you must to register.