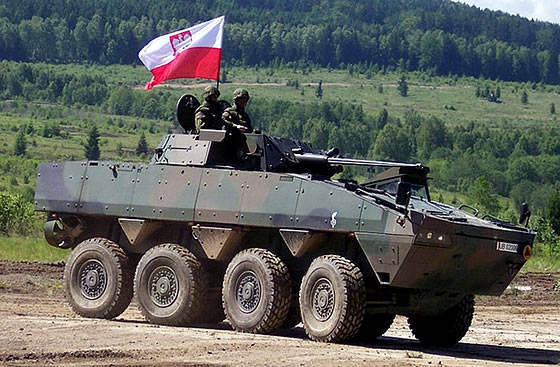 In the Ministry of Education and Science of Poland, the signing ceremony of the package of agreements on the continuation of the licensed production of the WVMAHA AMV XC-360P BTR vehicle was held by the WZM SA Military Mechanical Plant (Semyanovit ленlскеské, Poland) and Patron Land Systems, Finland.


The validity of the contract for licensed production of BBM signed in 2003 year expired in the current year. Taking into account the positive operating experience of armored vehicles, incl. In combat operations in Afghanistan, the MNO RP recognized the need to continue the production of the Wolverine AMV XC-360P APCs with the aim of equipping them with motorized infantry battalions.

The documents were signed by the Chairman of the Board of WZM SA A.Yanik (Adam Janik) and the Vice-President of the company “Patri- and Systems” M. Bollmann.

A total of four documents were signed, including a framework agreement, agreements on licensed production, technology transfer and the supply of individual components and assemblies. The package of contracts provides for the continuation of licensed production, sales organization, maintenance, modernization and modification of AMV XC-360P “Wolverine” armored personnel carriers in the period up to 2023, Altair reports.

According to the minister, the conditions of the new agreement create a completely new situation for WZM SA, which introduced significant improvements to the design of the BTR near 65. At present, the “degree of polonization” of BBM makes it possible to state that this is a Polish product (Wolverine BBM is a wheeled armored personnel carrier AMV manufactured by WZM SA, developed by the Finnish concern Patriviklez).

For the WZM SA plant, the successfully completed negotiations mean further stable development, the possibility of receiving additional orders, improvements to the Wolverine BBM, including using operating experience in Poland, Afghanistan and Chad. The conclusion of the contract guarantees the preservation of 3500 jobs in Poland.

According to Altair, the contract for the transfer of licensed production rights and the framework agreement remove export restrictions that have occurred. Until now, the export market of WZM SA was limited to seven countries. Currently, negotiations are underway on the possibility of selling BBM to Algeria and India. According to unofficial information, last month a proposal was sent to Angola. Each export contract will be negotiated by firms in such a way that they minimally interfere with each other in the world market of defense products.

In connection with the importance and scale of the RP AF program for the licensed production of the AMV XC-360P “Wolverine” armored personnel carrier, TSAMTO considered it expedient to prepare an expanded material on this topic. In the full version it is available to subscribers to the TSAMTO tape.