Until the end of summer, the Western Military District will receive Mi-28H and Mi-26 helicopters. 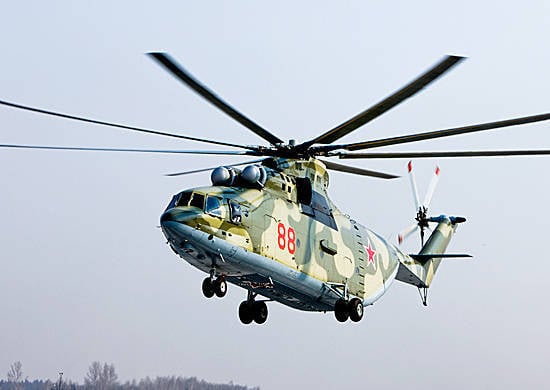 In the near future, the specialists of the Air Force and Air Defense of the Western Military District (ZVO) will begin to receive the next pariah of the newest attack helicopters at the factory in Rostov-on-Don; until the end of August, a new transport helicopter Mi-26 will enter the union, the press service of the district reports.


"At the moment, the leadership of the army department aviation Air Force and Air Defense associations of the okrug fully underwent additional training and was allowed to fly on new modern technology. The flight and engineering staff of the Okrug’s air bases completed theoretical training on the operation of new types of helicopters - the Mi-28N and Mi-26, and began the practical development of this equipment, ”the press service said.

The retraining of pilots and ground specialists is held at the base of the aviation center in the city of Torzhok on similar helicopters that have already been put into service in the Western Military District, it was noted in the district. After receiving the new helicopters will be relocated to a permanent airfield.

Since the beginning of the year, about 10 helicopters of various types have already arrived in the military district. In general, until the end of 2013, the ZVO troops will receive about 70 units of various aviation equipment, including Mi-28H, Mi-35, Mi-26, Ka-52 helicopters, Su-34, MiG-31М aircraft.