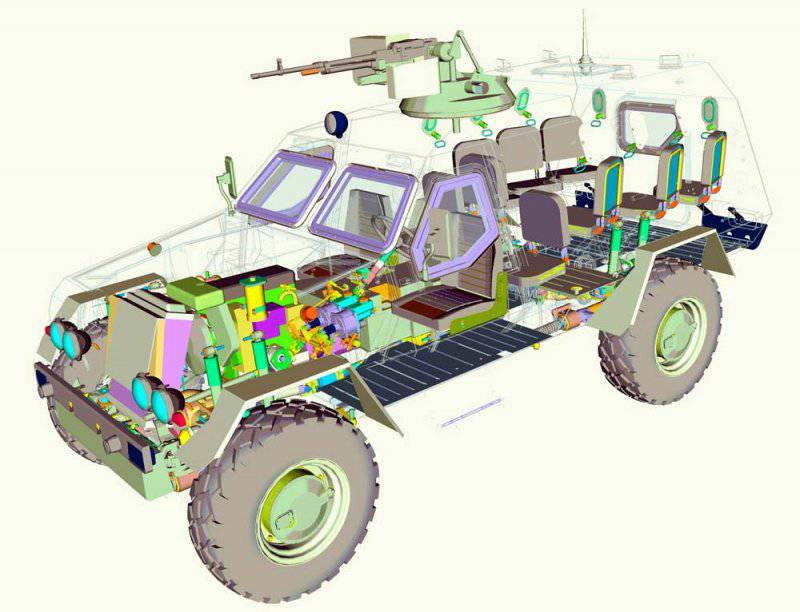 Vladimir Berko, Director of the State Enterprise “Shipbuilding Plant named after 61 of the Commune”, considers it important to load capacities at the expense of the state defense order, providing the company with additional financial revenues.


“We convince the leadership of the Navy to determine our plant as the base for the repair of Ukrainian ships fleet. A meeting was held with the commander of the Navy, who is ready to solve this issue at the level of the Ministry of Defense, ”says the director of the enterprise.

V. Berko supports the course of Ukroboronprom on strengthening domestic production cooperation among Concern enterprises. According to him, the plant named after 61 of the Communard has good prospects in the process of implementing international export contracts for the production of armored vehicles.

“We manufacture in our own areas the hulls for the BTR-4. At the end of July, we are handing over the first corps to the Nikolaevsky BTR plant and in the future we are jointly planning to produce complete armored personnel carriers with the installation of the undercarriage, the power plant, and the transfer case. It is also about the modernization of the BTR-3, other armored personnel carriers, as well as the production of all-wheel drive armored car "Dozor-B".

V. Berko sees the prospect of the revival of the plant in the resumption of the construction of military and civil courts for foreign customers. According to him, at present negotiations with potential partners are complicated by the difficult financial and economic situation of the enterprise. However, measures are being taken that will allow the plant to master this direction in the future.

“The enterprise is certified under the Ukrainian register, and an extension for the Russian one is being prepared. A document is being developed on the renewal of ISO quality systems at the enterprise. The floating dock with a carrying capacity of about 7 thousand tons was repaired, for which the use document was received up to the year 2018. Together with the Ukroboronprom Group of Companies, work is underway to find potential buyers for the 1164 Project cruiser. Its implementation will allow the Concern to replenish the authorized capital and distribute funds to individual enterprises of the industry, including our Plant named after the Communist 61, ”says V. Berko.

According to him, the possibility of obtaining a license for the processing and preparation of ferrous and non-ferrous metals is being studied. In addition, the development of working design documentation for the modernization of tankers and dry cargo ships is being completed. Approximate start of work - September 2013.

V. Berko said that at present a lot of attention is paid to optimizing production, defining infrastructure, including social, necessary for the further development of the enterprise. According to him, the pontoon footbridge has already been repaired, 250 meters of bonded barriers have been completed, 100- and 25 ton floating cranes are being restored, the factory oxygen station has been restored and launched.
“As part of production optimization, we plan to use the enterprise’s territory more rationally, reducing the cost of maintaining it. Production facilities will be concentrated on the left bank. We see the right-bank territory of the plant as a promising platform for the development of joint ventures and investment projects. It is also planned to optimize the number of employees.
Much attention is paid to the company to educate their own staff.

“Our training center provides training and retraining in six areas. Now these are 18 occupations. But in general, we can cook for 79 professions. From September 2013, we plan to provide paid services and train specialists in the marine industry for other enterprises. We work together with the Nikolaev branch of a private higher educational institution “Institute of Postgraduate Education“ Odessa Maritime Training Center ”. They prepare seafarers - sailors, mechanics, boatswains, mechanics, etc .. And we are preparing workers for the specialty fleet - welders, gas cutters, slingers, crane operators, etc. We have the necessary training and production base, and we also provide the possibility of skilled employment.