July 17 - Foundation Day of Naval Aviation of the Russian Navy 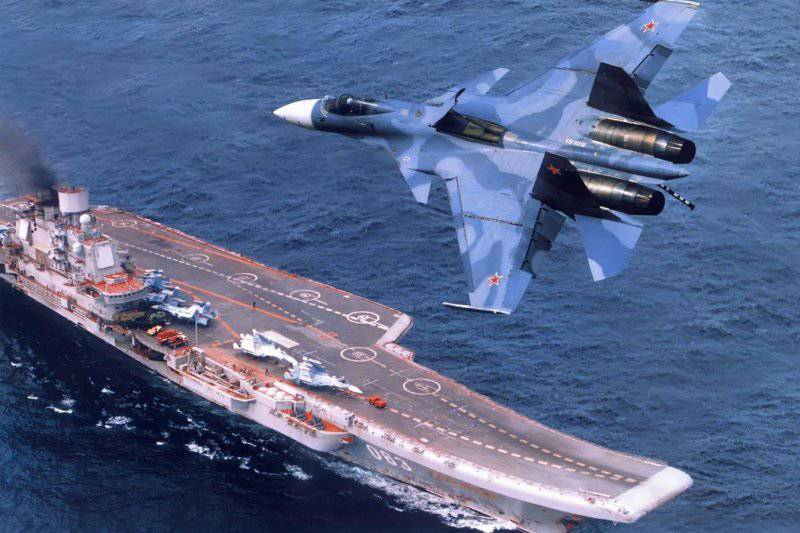 17 July 1916, the Russian naval pilots won their first victory. Four M-9 seaplanes flew up into the air over the Baltic Sea from the aircraft carrier Orlitsa.*. Aircraft engaged in battle with 4-mi German aircraft. Victory in that first air battle gave the countdown. stories domestic marine aviation, whose modern tasks include the detection and destruction of enemy submarines, surface ships (mainly aircraft carriers), as well as enemy naval aviation.

We heartily congratulate the naval aviation personnel of the Russian Navy on their professional holiday and wish them and all of us a peaceful sky, fair wind and seven feet under the keel!

The seaplane was created on the basis of the M-6, M-7 and M-8 prototypes in December 1916, the outstanding Russian designer Grigorovich. Flight tests of the seaplane were conducted at the height of winter in the warm Baku and were successful. M-9 turned out to be a very successful seaplane for both seaworthy and flight qualities. Aviation innovation was perhaps the most famous and most successful brainchild of Grigorovich. At the request of the Marine General Staff for his outstanding creation, the designer was awarded the Order of St. Vladimir 4 degree.

On most seaplanes M-9 (total number about 500 ind.) Installed engines "Salmson" powerful. 150 hp, as an experiment on one of them put "Renault" in 220 hp The net mass of the new aircraft was 1060 kg, but during operation the wood swelled due to dampness, and the device weighed several tens of kilograms. The total combat load varied between 480 and 550 kg. The maximum flight speed is 110 km / h. Practical ceiling - 3 km.

Quite mediocre flight data of the aircraft, in particular in speed, are due to significant frontal resistance of a 9-cylinder star-shaped engine with 2 bulky radiators and the presence of a number of units protruding into the oncoming stream. In a prototype, in order to reduce the oncoming resistance, a cocoa fairing was installed on the engine, but it was not used in mass production. Over time, the M-9 was modernized: radiators, wiring were replaced, and in order to create excess pressure in the fuel tank, the engineers decided to install a chickenpox. This technique has become on navy a real workhorse in the full sense of the word, easy to operate, reliable in operation. During World War I, starting in 1915, the M-9s were based on the Russian air transport vessels Orlitsa, Alexander I, Nikolay I. Cars were located in hangars of 4-5 pieces each and were delivered to the water by a winch. 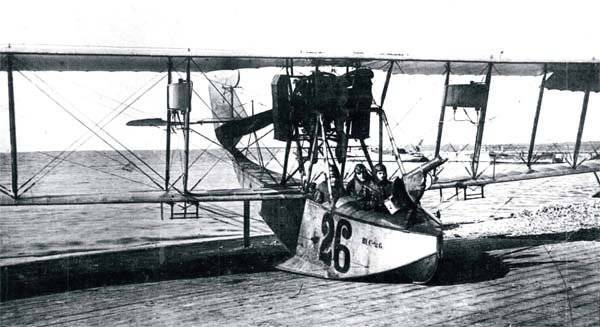 2-local boat M-9 with excellent seaworthy data made possible the combat use of a seaplane in the open sea. During takeoff and landing, the car freely overcame a wave up to half a meter high. M-9 was used mainly for aerial reconnaissance, during naval patrols, for bombing enemy ships and coastal targets.

M-9 has its own records. In September, 1916 th on Ya. Nagursky seaplane performed the loop of Nesterov. It was the world's first dead loop with a passenger on board. The record was recorded as a world.

As a combat aircraft, the M-9 was only successful until the Albatross float-mounted hydroplane from the Germans in 1917, which was significantly superior to Russian flying boats in all components.

Unfortunately, with the beginning of the fratricidal distemper in Russia, the opportunities for the modernization of a seaplane were not realized, but, nevertheless, this amazing machine for its time forever went down in history as the ancestor of Russian naval aviation.

Description of the design of the seaplane M-9

The fuselage, the feathered wing and the inter-wing struts of the car were wooden, plywood and canvas sheathed on top, and the wings and tail of the hydroplane were sheathed exclusively on the canvas.

Cables elevator and steering rudder were outside the flying boat. Ailerons were provided only on the upper wing, their width increased towards the end of the wing, which increased the efficiency of transverse control. The rudder provided compensation in the form of a curved top, which significantly reduced the load on the pilot's foot from pressing the pedals.