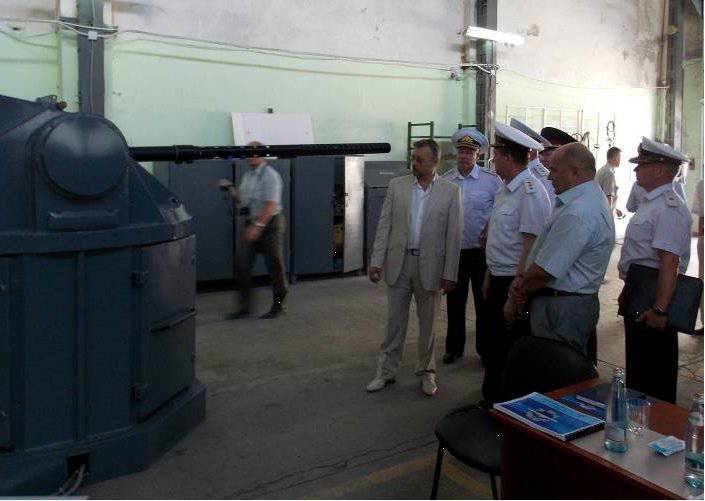 For a long time, it was considered that in the current economic conditions in Ukraine, the development of a naval automatic artillery installation of medium caliber is not economically feasible. Nobody was engaged in the creation of ship complexes with small-caliber gun mounts. This point of view was considered quite scientifically based and almost axiomatic. But everything flows, everything changes. Defense Express has already introduced its readers to the developments of the Private Joint Stock Company Scientific and Technical Enterprise Impuls-2, which is a partner of the International Public Organization Academy of Security of an Open Society. Today, NTP offers domestic power structures a whole family of naval rocket-artillery modules. 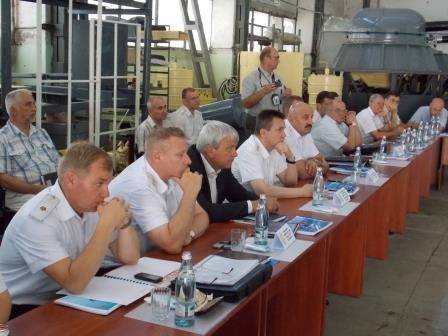 During the presentation, an automatic combat module with the Impulse-30 301-mm artillery unit was demonstrated in action, general information about the developed family of combat modules and the nearest plans of the company to create 57 and 100 automatic caliber installations of millimeters were presented.

During the report, Vyacheslav Kryvorog, Chairman of the Board of NTP “Impulse-2”, noted that the company developed the family of naval artillery combat modules on its own initiative without using budget funds, which was made possible by fulfilling orders for foreign customers. When developing a new complex, the conjuncture in the external market was taken into account, the diverse requirements of potential customers, the experience of engineers-developers and operational officers accumulated over decades was used, and all the requirements of the current governing documents were taken into account.

It should be noted that earlier, on the instructions of the Minister of Defense of Ukraine, a working group of defense specialists was able to familiarize themselves with a set of technical documentation for the proposed military modules. Considering that the enterprise has previously conducted all research and development on its own, the very fact that the Defense Ministry’s direct acquaintance with a prototype weapon can be considered the “Birthday” of the first Ukrainian naval automatic combat module. Where it used to be “entered into the metric” - in the church, in the mosque or in the national registry office - time will tell. 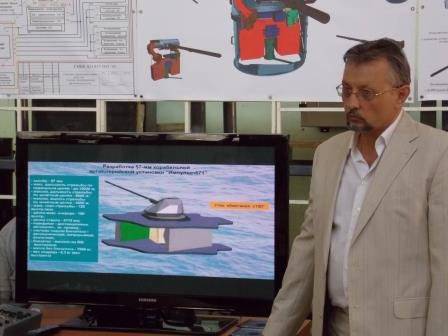 The nearest plans of the company include the development of 57-mm ship-mounted artillery.

According to the developers, the characteristic feature of the presented combat modules is that they are not an attempt to “re-load” existing land systems with all their fundamental flaws, but are specifically designed to arm the surface ships and boats of the Ukrainian Navy and the State Border Guard of Ukraine. During their development, quite specific requirements were initially laid down for the equipment designed to work at sea. It takes into account not only the work in ship rolling conditions, the associated increased overloads, but also significantly increasing ranges, increased requirements for the operation of detection tools, the accuracy of drive operation, ranges of guidance angles, and the operation of the control system as a whole.

The family of combat modules "Impulse-2" includes a block of optical-electronic sensors for detecting targets, a gyro-stabilization block providing stabilization in vertical and horizontal planes, an automatic capture system and automatic tracking of targets. Fully digital fire control system in combination with high-precision aiming drives provides a significant increase in combat effectiveness when firing at enemy air attacks. Digital systems, unlike electro-mechanical ones, are characterized by a higher stability of the equipment settings over time, ensure reliable operation in the conditions of sea rolling, do not require additional adjustments during operation, allow you to create qualitatively new comfortable conditions for the operators. In addition, the work “in digital” makes it easy to change the composition of the means of destruction with different ballistics, it is easy to integrate the combat modules into the combat information and control system, which allows you to use all the available means and capabilities of the ship with maximum efficiency. A multichannel optical-electronic sighting system consisting of a television camera, an infrared camera, and a laser rangefinder ensure reliable operation in low light conditions at distances up to 7,5 km. The engineers have worked out in advance the option of installing an optical-electronic sighting system that can confidently work at distances up to 25 km. The use of modern optoelectronics is not a tribute to fashion, but is due to a number of economic and technical factors. In comparison with radar stations, according to the price / quality criterion, optical-electronic devices are more competitive. Working in the optical range, characterized by a shorter wavelength than optical radar systems, optical means are more accurate, have practically no dead zones (in the radar, the dead zones are due to the duration of the radio pulse). Optical-electronic sighting system can be placed directly on the combat module, which eliminates the work errors associated with taking into account the distance of the module and means of detecting and tracking targets. EOPK can also be installed on the ship's mast, which, when used with strong optics, allows you to extend the range of operation, to ensure the work of several gun mounts at once. The optoelectronic devices installed on the mast can be used around the clock to monitor the surface and air conditions around the ship without switching on the power supply of the artillery installations. Integration of television cameras with modern infrared means allows you to successfully solve problems at night. The introduction of laser rangefinders allows you to more accurately measure the distance to the targets. It should be noted that the complex works in a passive mode without unmasking the carrier and without causing enemy fire on itself. The use of optical-electronic means allows to solve such problems that are difficult to solve by means of radar. Optics provides work in the fight against low-flying targets, radio-transparent objects (high-speed inflatable boats, boats with non-metallic hulls, unmanned vehicles, etc.). However, it is less susceptible to electronic interference. At the same time, the complex provides for operation in the mode of receiving external target designation from the general ship radar, which ensures operation at disproportionately long ranges, including in adverse weather conditions. The digital control system provides remote control of the fire in autonomous mode from the television-optical device from the fire control station located in a specially equipped room inside the ship (the main option).

The widest choice of “payload” options, determined by the customer, allows installation of combat modules, both for large warships and small artillery boats with a relatively small displacement. Along with the basic automatic module with an 30-mm automatic cannon (ABM-301), variants of modules have been developed, which include:
- 23-mm gun 2А14;
- 30-mm cannon and 40-mm grenade launcher UAG-40 (ABM-M30G);
- cannon and launcher of jet grenades РГ-55 (АБМ-М30 MRG);
- two launchers on 6 guides for firing rocket grenades РГ-55 (АБМ-МРГ);
- 30-mm gun in combination with the Barrier missile system (ABM-301РК);
- 30-mm cannon with PKT 12,7-mm machine guns (ABM-M30PKT). 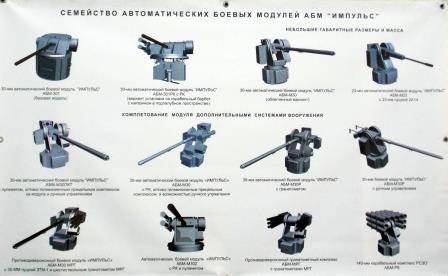 And this set of "payload" is not limited to these samples. To provide support for the landing of an amphibious assault force, an 140-mm version of the MLRS (ABM-Р9) shipboard complex has been developed. He, along with an artillery module with the possibility of manning rocket weapons, caused the greatest interest in the command of the Ukrainian Navy. As the participants noted, the presented modules are “an order of magnitude” better than what the industry could offer naval sailors.

During the discussion, the commander of the Ukrainian Navy, Vice Admiral Yuri Ilyin, regarding the NTP "Impulse-2" noted that after seven years of the enterprise’s work for export, it’s probably still time to arm our own Navy. It is time to change the ideology of procurement: it’s time to move from the practice of carrying out long-term weapons development to purchasing finished products, Y.Ilin said, thanking the management and staff of Impulse-2 for the great work done recently by the ships of the Ukrainian Navy. The commander reminded those present that the construction of the corvette is continuing today, and next year the fleet expects to receive the first two small artillery boats, and work is also under way to create a high-speed maritime platform, the Lan. Ilyin expressed the hope that in August-September of this year, in close cooperation with the naval specialists, the enterprise would be able to complete the tests of the modules at sea. To speed up the process, the commander suggested using the available capabilities to shoot the complexes on special platforms simulating sea waves, or even install the module on one of the ships of the Ukrainian Navy for trial operation. In the opinion of the fleet leadership, the Nikolaev shipbuilders should also play an important role in the process of creating new ship armaments. On the example of the family of shipboard combat modules presented, Admiral Igor Kabanenko, Deputy Chief of the General Staff of the Armed Forces of Ukraine, suggested that all involved specialists finally determine the customer’s requirements, once again study the current guidelines in adopting weapons and military equipment developed without budget funds, if necessary, clarify them to simplify the relevant procedures. However, NTP "Impulse-2" plans to continue to improve its systems by itself, offering customers ready-made solutions ...