Is the private to blame? The shocking statistics of explosions and fires at military sites and warehouses over the past three years 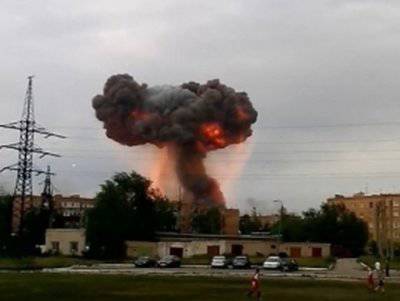 11 March 2011 of the year. Orenburg region. Army training ground Donguz. Spontaneous explosion in preparation for the disposal of projectiles and ammunition. The soldier was lost.


6 April 2011 of the year. Lipetsk region. Town Kadinka. When working on the disposal of powder charges, a fire started, accompanied by explosions. Four people died.

26 May 2011. Republic of Bashkortostan. Iglinsky area. Military arsenal near the village of Urman. Fire at the ammunition storage area in an open way. More than 10 people were injured, 30 families lost their homes, almost 2000 people were temporarily evacuated. Total damage over 64 million rubles.

3 June 2011 of the year. Udmurtia. 102-th artillery arsenal. A severe fire, in which more than 250 people were injured of varying severity, one person died. Almost 28 thousands of buildings in nearby settlements are damaged. Total damage - more than 100 million rubles.

23 August 2011 of the year. Astrakhan region. Polygon Ashuluk. During the disposal of ammunition, a powerful explosion occurred, the victims of which were seven soldiers at once.

18 May 2012. Spassky district. Primorsky Krai. Fire at ammunition depot. The evacuation of almost 2000 residents located in the immediate vicinity of the warehouse settlements. More than 800 people from the units of the Ministry of Defense, Ministry of Emergency Situations, Ministry of Internal Affairs were involved. Total damage over 18 million rubles.

May 2012 of the year. Nizhny Novgorod Region. Mulino. Explosion of ammunition prepared for disposal. Five soldiers were killed, three were injured.

11 June 2012 of the year. Orenburg region. Buzuluksky district. Fire at a military warehouse of the military unit 96558 with simultaneous explosions of ammunition. More than 700 people are evacuated. Total damage around 15 million rubles.

July 2012 of the year. Novosibirsk region. During the transport of ammunition intended for disposal, echelon caught fire. Explosions began, as a result of which one car was completely destroyed, and five more were significantly damaged. By luck, no one was hurt. Damage amounted to about 10 million rubles.

June 2013 of the year. Samara Region. Chapaevsky landfill. Explosions ammunition. Overlapped federal highway. Several cars turned into a pile of scrap metal, having fallen under the real shelling. About 4 thousands of people were evacuated from the scene. More than 40 people were delivered to the medical institutions of Chapayevsk and Samara with fragmental wounds. The cannonade lasted several days. The total damage amounted to more than 150 million rubles.

With Donguz, the material begins, and we’ll finish this sad statistic.

October 2012 of the year. Orenburg region. Donguz The explosion of a large number of ammunition at the railway station during unloading. The fire that engulfed the territory of almost 20 hectares caused damage, according to the calculations of the military prosecutor’s office staff, which amounted to more than 200 million rubles. 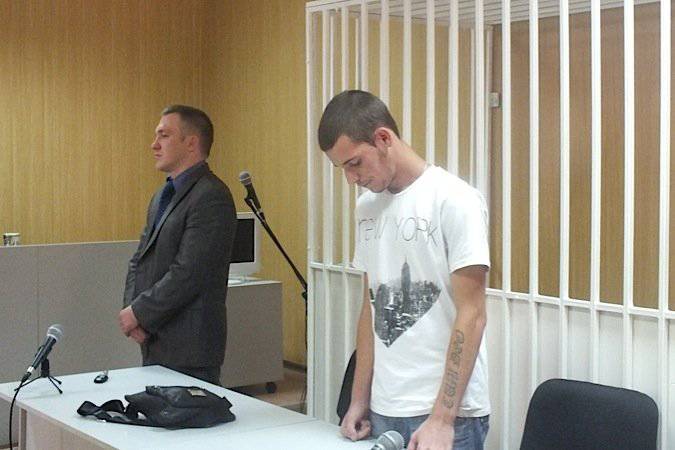 Let us dwell on the investigation of the last of the presented incidents. The reason for considering the second Donguz episode lies in the fact that just the other day the court passed a sentence on this case, naming the perpetrators of the incident. More precisely - not individuals, but one person whom Private Kasatkin has become. Guilty private - well, of course! ..
At the same time, Alexander Kasatkin initially did not even identify the suspect in the case. VSO TFR opened a criminal case under Article 349 (part 1) of the Criminal Code "Violation of the rules for dealing with weapons and objects that pose an increased danger to others. ”As a result of this excitement, no one brought a personal judicial punishment, but the Ministry of Defense decided to disband the military unit in Donguz while closing the landfill.

The prosecution quickly found the situation and asked for an ordinary Kasatkin 15 months of restriction of liberty and payment in favor of the Ministry of Defense (no less) 234 million rubles. Another half a million rubles from Kasatkina was demanded by the administration of the district in which the state of emergency took place.

The court session in the garrison military court ended with a guilty verdict against Alexander Kasatkin, however, the sentence itself can be considered surprisingly mild - 30 thousand rubles as a fine. The court took into account that Private Kasatkin himself came to confess.

Agree strange история... More than strange. Against the background of a systematic state of emergency at various military depots and polygons where ammunition for various purposes is stored, the development of the situation in this case resembles a performance in the theater of the absurd. Judge for yourself. If the branch of the rank and file took part in the loading and unloading operations at the railway station, then at least some sergeant should have been watching this work. Least!

Continuing the reasoning and taking into account the testimony of Kasatkin, who said that he threw an unpatched cigarette butt, you come to the conclusion that if someone from the control link was, then he did not give a damn about what Kasatkin himself and his other colleagues were doing. Do you smoke? Well, to hell with you ... And I will stand aside ... If so, then it is not clear why the one who stood aside did not find himself on the dock.

Based on this question, it can be concluded that either there was no military officer at all at the station controlling the process of unloading ammunition, or they simply decided to shield it at the expense of Private Kasatkin. If there was no such person, then from the officers of this unit you need not only to tear off shoulder straps, but also to send them to the tribunal. But the tribunal, as we understand, regarding the command of the military unit did not take place.

If you decided to shield this most controlling (irresponsible) person, you are once again surprised at the logic of the Russian military investigation: a soldier came, took the blame, it means everything is in the bag, the investigation could not be continued ... In this case, the investigation would it would be even more convenient if private Kasatkin took the blame for both Donguz, Buzuluk, Mulino, and Spassky training ground in Primorsky Krai. Like, I went on business trips - I toured, and everywhere, you know, I smoked alongside ammunition. So it happened ... They exploded ...

Bitter comedy can be called a fine for a fighter in the amount of 30 thousand rubles. The sum of this fine itself seems to indicate that the court itself understands: Kasatkin’s accusation and “confession” of the guilt by Kasatkin are sewn with white threads, or more simply, natural, forgive mercy, bullshit ... Like, the court realizes that there is someone behind Kasatkin something else, but it is better not to touch this “someone else”, and the shooter Kasatkin himself is a pity ... Therefore, let this sinner pay 30 thousands, and forget about the donguz incident.

But it will. Forget it. And about Spassk, and about Chapaevsk, and about Ulyanovsk - after all, the "guilty" were found, and they suffered (will suffer) a "severe" punishment. Only with such an approach, one can not cherish hopes that the military landfills and warehouses will no longer turn into ashes ... So maybe the investigation still needs to dig deeper into the "confessions" of Private Kasatkin, and not lie to himself about an open case punishing the guilty ... And in the Ministry of Defense itself, it is time to raise the statistics of the rushing warehouses and echelons, going to real organizational conclusions.