July 16 2013
115
The last months have been remembered by several large-scale exercises of the Russian armed forces. Several times, subunits of various branches of the troops went out in alarm and went to the place where the combat training tasks were performed. On the night of 13 July, another similar event began. At the same time, current exercises differ in their scope from previous ones. Allegedly, this time the maneuvers are the largest in our stories after the collapse of the Soviet Union. 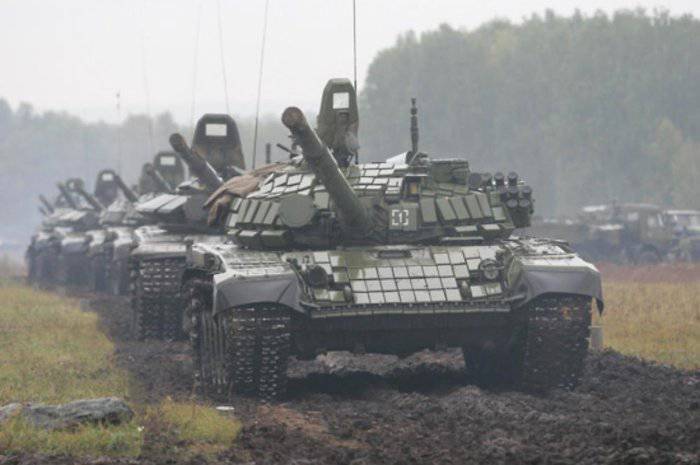 President of Russia V. Putin announced the imminent start of the exercise on Friday July 12. According to him, on the night from Friday to Saturday a sudden check of the combat readiness of the troops of the Eastern Military District was to begin. At the same time, the Ministry of Defense announced that a specific task would be set at exactly one o'clock in the morning Moscow time, when the district command was given a package of the General Staff with relevant documents. Representatives of the Ministry of Defense emphasized that the combat training task would remain secret until the package was opened.

Exactly in 01: 00 Moscow time, the command of the Eastern Military District received the task and began its implementation. The documents handed in were instructed to bring the district troops to combat readiness and to prepare for the transfer to the specified areas. In addition, units and subunits of the Novosibirsk association of the Central Military District were involved in the exercises. According to the plan of the exercises, they are a conditional adversary against which the soldiers and officers of the Eastern Military District will have to fight.

Soon after the transfer of the package, the Ministry of Defense announced the approximate course of events of the begun exercises. Units participating in maneuvers in a state of combat readiness must go to the indicated training grounds to participate in further events. Moreover, it is alleged that soldiers and officers will have to act in unfamiliar training grounds. The scale of the transfer and the exercises themselves as a whole look impressive: about 160 thousand military personnel, about a thousand armored combat vehicles, 135 aircraft and helicopters of various types, as well as 70 ships from the Pacific fleet. In addition, about a thousand people called up from the reserve take part in a surprise audit. 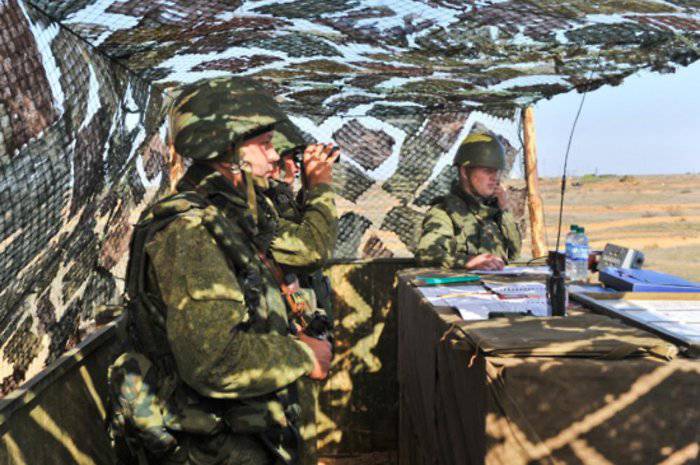 Already in the afternoon (Moscow time) the first came on Saturday news about the progress of the transfer of troops. As Deputy Defense Minister General of the Army D. Bulgakov said at the meeting, the transfer of soldiers and equipment is much faster than originally planned. Thus, the railway cars and 50 platforms used to transport soldiers and vehicles 700 ensured the speed of transportation at the level of 1000 kilometers per day instead of the kilometers envisaged by the 650 plan. At the same time, it was possible to fully provide with all necessary all the units involved in the maneuvers. As announced a little later, the high rate of transporting troops by rail was due to the use of new platforms that facilitate the loading and unloading of equipment.

Also, the Deputy Minister of Defense spoke about the supply of troops during the transfer. For the refueling of vehicles and the collection of damaged vehicles along the routes of movement of troops, companies of material and technical support have been deployed. Before arriving in the designated areas, soldiers and officers will be forced to eat dry rations. They will get hot food only after they arrive at the corresponding landfills.

However, the transfer of troops was not without problems. The planes that were supposed to fly to Sakhalin for ten hours could not go to their destination. Military transport commander aviation Major General V. Benediktov spoke about the reasons for this delay. As it turned out, the South Sakhalin airport Khomutovo did not give confirmation of the acceptance of aircraft at no cost. Because of this, pilots and military personnel had to wait several hours to wait for permission to fly to Khabarovsk. As a result, the situation with permission was settled, but Defense Minister S. Shoigu was forced to make relevant statements. 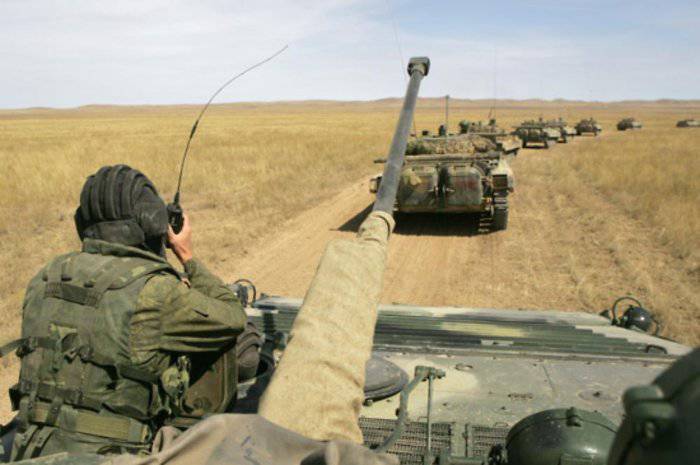 On Saturday afternoon, at a conference call, the Minister of Defense announced the department’s plans for the information component of the exercise. He ordered the Chief of General Staff to personally go to the Eastern Military District to monitor the progress of the inspection of troops. In addition, S. Shoigu ordered the officers of the Central Command Post of the General Staff to regularly send training reports to the presidential administration for a report to the Supreme Commander. Also, the head of the military department ordered daily, before the end of the exercise, to conduct selector meetings of the Defense Ministry’s leadership. In this regard, the General Directorate of Communications received a corresponding order to provide all military leaders with video conferencing facilities.

At about noon local time on 14 in July, six Pacific Fleet naval groups arrived in a given area of ​​the Sea of ​​Okhotsk and began to disperse. On the way to the desired area, the sailors had time to work out the issues of air defense and anti-ship defense. In particular, interacting with the antisubmarine fleet aviation, the ships successfully found a conditional enemy - a submarine. From the Pacific Fleet, a few dozen warships and auxiliary vessels of various classes and types participate in a surprise check of the BBO troops.

Shortly after reports of the fleet’s readiness to fulfill the combat training task, news came about the deployment of tactical missile systems. The 103 th rocket brigade of the 36 th Army of the Eastern Military District was deployed at the Divisional range (Buryatia) and brought to a state of high alert. According to the Ministry of Defense, in anticipation of an order to start up, the brigade’s servicemen took up guarding their combat positions, as well as preparing false launch sites designed to divert the attention of the conditional enemy.

In the afternoon of July 14, military officials again reported on the progress of the troop movement. By this time, most of the units involved in the maneuvers were brought to full alert. In addition, a substantial part of the troops had already arrived at the places where their combat training missions were being carried out.

A little later, the press service of the military department told about participation in strategic aviation maneuvers. This generation of Air Force forces during the exercise is represented by Tu-95MS bombers assigned to Ukrainka air base. The task of the aircraft was to patrol the waters of the Sea of ​​Japan and the Sea of ​​Okhotsk. Strategic missile carriers received support in the form of Su-27CM fighters based on several airfields in the Far East and Kamchatka.

In the largest exercises in recent years, medical units also take an active part. One of them, after a multi-kilometer march, arrived at the Trans-Baikal Zugol proving ground, where it began to deploy a field hospital. The military doctors who arrived at the site have a set of facilities that allow them to quickly deploy a full-fledged hospital with resuscitation, operating rooms, dressings and other medical facilities. Such a hospital with doctors assigned to it can simultaneously operate and treat about two dozen wounded.

Not less important task was received by the military personnel of the 50-th separate railway brigade of the BB. On Monday, 15 July, after redeployment to a given area, this unit took up the task of crossing over one of the canals of the Zeya River. After reconnaissance of the area and the organization of protection began construction of the floating railway bridge. The press service of the Ministry of Defense noted that the 200-meter structure should provide continuous transport communication through the channel. About a hundred military personnel, 35 units of automotive and special equipment, as well as air defense units attached to the railway brigade participated in the assembly and defense of the bridge.

Also on Monday, continued maneuvers at sea. The ships of the Pacific Fleet once again began combat training and the destruction and destruction of submarines of a conditional enemy. IL-38 planes from the relevant fleet divisions helped ships to search for training targets. According to the Ministry of Defense, in the very near future the work of seafarers will become more complicated. According to available forecasts, in the next few days in the Sea of ​​Okhotsk, the excitement will increase to three or four points, which may lead to some difficulties in the performance of combat training tasks. However, all the necessary measures have already been taken on warships and auxiliary vessels, which will allow them to continue working even in difficult conditions.

By July 15, the overwhelming majority of units of the Eastern Military District participating in the surprise check were brought to full alert and redeployed to designated locations. On the same day, the beginning of the active phase of the exercise is scheduled. Details of this part of the maneuvers are not disclosed yet. The exercises will continue until July 20, after which the servicemen will return to their bases, and the command will begin to analyze the actions of the units.

Ctrl Enter
Noticed oshЫbku Highlight text and press. Ctrl + Enter
We are
Sudden verification of the combat readiness of the Northern Fleet, ZVO and Airborne TroopsCompleted a surprise check of the troops of the Central Military District
115 comments
Information
Dear reader, to leave comments on the publication, you must to register.