Foreign agents play cat and mouse with a seagull 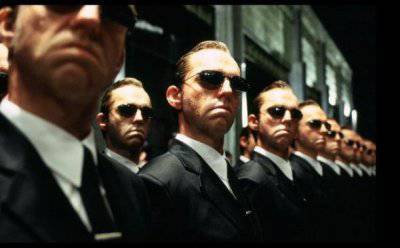 The other day exactly one year has passed since non-governmental (non-commercial) organizations conducting political activities using foreign funding at the legal level should secure the status of foreign agents. And for most political NGOs that acted and act on the territory of Russia, this year turned into a temporary period of intensive search for circumventing amendments to the law on non-profit organizations.


The fact that such searches took place is confirmed by the Prosecutor General Yury Chaika. At one of the recent visiting sessions of the Federation Council in the northern capital, Chaika said that today 22 organizations directly fall under the status of a “foreign agent”, however, most of them decided to arrange a cat-and-mouse game with Russian legislation. This game sole purpose is to avoid having to register as a “foreign agent”, although such registration does not impose absolutely no repressive actions on NGOs.

As a variant of avoiding the “foreign agent” registration, the following scheme is used:

NPO creates a whole set of “daughters”, which themselves are registered as legal entities. These “daughters” receive financing from foreign organizations at various levels, which then send the funds that came from behind the cordon to the accounts of the NPO that generated them. Thus, legally it turns out that an NPO receives money from Russian organizations, which means that it does not fall under the status of a “foreign agent”.

The only organization that found the strength to register as a foreign agent, and did not seek out ways to evade the execution of the law, was the NGO "Promoting Competition in the CIS Countries." Among the objectives of this non-commercial partnership, participation in the formation of an effective state policy in the field of protection and development of competition, as well as participation in competition law-making activities are highlighted. Today, the mentioned NPO includes representatives of the 6 states of the post-Soviet space: in addition to Russia, Belarus, Kazakhstan, Armenia, Moldova and Ukraine.

The rest of the organizations have the courage to sign up for foreign agents in themselves they do not find, which is of interest from the General Prosecutor’s Office. At the same exit meeting of the Upper Chamber of the Russian Parliament, Yuri Chaika noted that during a large-scale audit of NGOs carried out by regulatory authorities, it turned out that about 50 non-profit organizations with an emphasis on political activity had submitted false documents about their registration. Detection of fraud occurred at a time when prosecutors at the addresses indicated in the registration sheets did not find 43's of NPOs. At the same time, the Prosecutor General noted that measures will be taken with regard to NGOs that provide knowingly false information about themselves.

One of these organizations, which decided to hold the nose of state regulatory bodies, was the association "Voice". For persistent reluctance to follow the letter of the law and register as an agent of Golos in April, he was fined 300 thousand rubles by the decision of the Presnensky court of the city of Moscow. At the same time, the “vocalists” themselves said that the verdict was at odds with common sense, and members of the public saw the 300 thousandth penalty for an organization receiving millions of dollars from the United States ridiculous. By the way, is it not because of the majority of NPOs that fall under the status of a foreign agent, and are not eager to register under this status ... After all, apparently, it is easier for them to pay a fine than to refuse to receive funds from abroad. I paid 300 thousands - and work yourself further - American friends will still turn on their printing press and replenish the balance of the fined ... 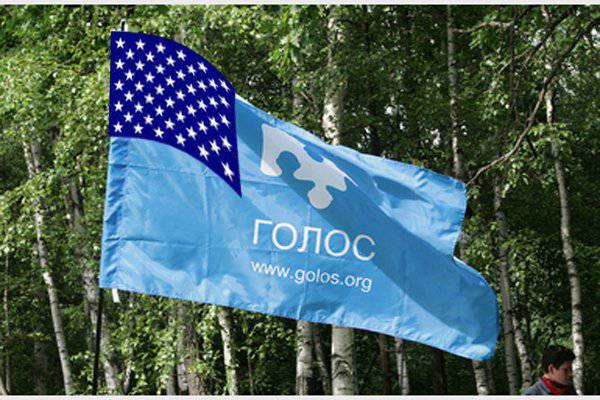 It turns out that the designated fines for non-profit "deviationists" are, as Vladimir Putin once put it (differently, however, about it), it is the same as cutting a pig: there is little wool, there is a lot of squeal. And the aforementioned cat-and-mouse game with the same Prosecutor General's Office in Russia, apparently, is becoming the main NKO-shnoy fun. A sort of a variant of the logical game “Blow the Prosecutor”, in which the very same association “Voice” succeeds. After voicing the decision of the court that the NGO itself and its leader were fined, in Golos they decided to strike back at the Prosecutor General’s Office itself, filed a counterclaim aimed at having the organization headed by Chaika recognized as a foreign agent. The claim was rejected ...

After the repeated refusal to register as an agent of the “Golos” activity was suspended by the Ministry of Justice, but the “Golos” decided to circumvent the law here. The association first self-destructed, and then registered as a public organization without a legal entity, just to avoid obtaining the status of a “foreign agent”. As the saying goes: all heartburn ...

Meanwhile, the fright of NPOs of an appropriate nature to register as foreign agents is puzzling. Gentlemen, who declare themselves at every corner to be lawyers and experienced lawyers, with some kind of excuse, they mutually obstinately combine the legal term “foreign agent” with the notion of “spy”. Well, if they mate, it means that the stigma is really into a cannon ... For some reason, the NGO “Promoting Competition in the CIS Countries” did not see any conspiracy in the new status, as those who collaborate with this organization did not see it. But the same “Voice” in no way, you know, will not quit ... Apparently, the apt phrase “on the thief and the cap is on fire” refers to “The Voice” and other similar stubborn organizations in full.

In his speech, which is considered in this material, Yuri Chaika said that he does not understand NGOs that do not want to register as foreign agents, even if their workflow leads exclusively in a foreign language. As a conclusion of such organizations to clean water, Chaika proposes to publish data on inspections of non-profit organizations on the Web on the provision of public access. This will help the citizens of Russia to determine at the household level what the partnership with this or that organization, whose activities are in one way or another connected with politics, promises.

Ctrl Enter
Noticed oshЫbku Highlight text and press. Ctrl + Enter
We are
Political NGOs with American and British funding in St. PetersburgResults of the week. “I recently believe that everything in life is possible, even that which is impossible”
Military Reviewin Yandex News
Military Reviewin Google News
57 comments
Information
Dear reader, to leave comments on the publication, you must sign in.