Overview of the activities of Russian shipbuilding enterprises in 2012 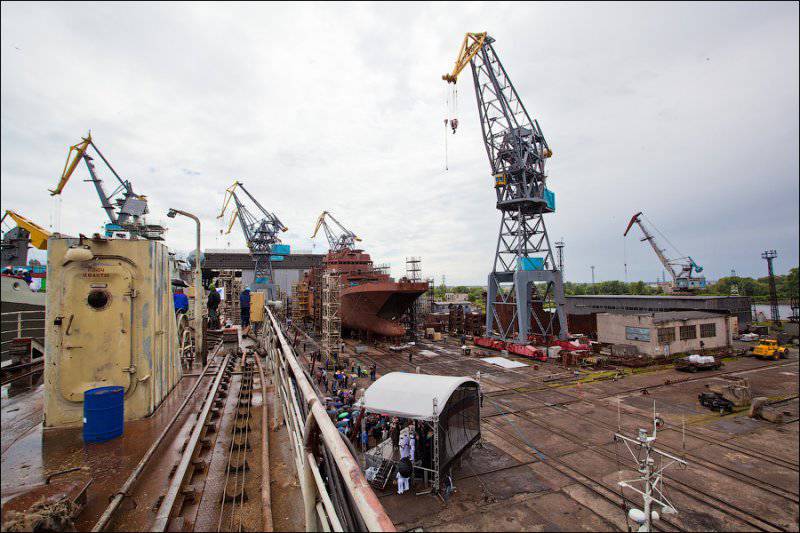 In the light of the mass publication by the enterprises of the shipbuilding and ship repair industries of Russia of reports for 2012, a review was made with the most interesting, in my opinion, data from these documents.

2) 10750 project
- in 2012, together with TsMKB Almaz, a new look of the minesweeper of the 10750E project was developed and submitted to the foreign customer;
- in September, 2012 of SNSZ was determined by the Ministry of Industry and Trade as a participant in the fulfillment of the contract for the construction of a series of three ships;
- in 2012, a commission agreement was prepared and sent to ROE to build a minesweeper of the 10750 project;
- in 2013, work is planned on registration of export-type passports and advertising passports to ships of the 10750 project.

Hydrographic vessels of the 19910 project

- in 2012, commercial proposals were prepared and sent to the foreign customer for the supply of HS of 19910 Ave .;
- in August 2012 of SNSZ was determined by the Ministry of Industry and Trade as a participant in the fulfillment of the contract for the construction of the vessel of 19910 Ave.

In 2012, the Company built construction on previously concluded contracts:

Ctrl Enter
Noticed oshЫbku Highlight text and press. Ctrl + Enter
We are
On the stocks and on the drawing boardTechnological Iron Curtain for Russia
Military Reviewin Yandex News
Military Reviewin Google News
14 comments
Information
Dear reader, to leave comments on the publication, you must to register.