Snowden is not the first failure of American intelligence. History tour 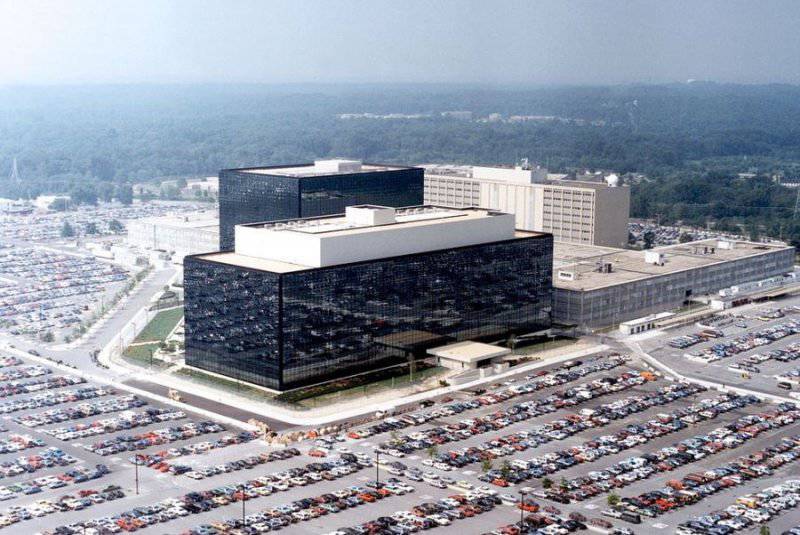 While government ministries and human rights activists are contemplating statements by the former CIA officer and the US National Security Agency Edward Snowden about his intention to stay in Russia, which he made at Sheremetyevo Airport, it is curious to find out that Snowdengate is not the first epic failure of the most classified American espionage service.


The National Security Agency was created in 1952 for the conduct of the Cold War against the USSR and the countries of the socialist camp and differed from the CIA constantly flashing in Hollywood films with the highest level of secrecy in their work. Information on the activities and financing of the NSA was not even provided to congressmen. In a joke, the NSA was called "The Agency, which is not" ("No such Agency", from the English-language name of the Agency "NSA"). It was only known that the Agency was responsible for the communications of the United States and its opponents in the Cold War: it had to protect American channels of communication, and to detect, intercept and hack the channels of the enemy.

However, after the US victory in the Cold War, the Agency’s activities were not only not curtailed, but, as it turned out later, it was extended even to former allies, not excluding the countries of Western Europe. After the 11 attacks of September 2001 and the declaration of war to international terrorism, the activities of the NSA finally acquired a global, if not to say total, justification for which was the elusiveness of the leaders of international terrorism. With the development of Internet communications and social networks, it took billions of people to spy, for which the PRISM project declassified by Snowden was launched. And among the people behind whom she spied the NSA, the entire population of the United States, who uses modern means of communication, has fallen, which is a violation of American laws.

Nevertheless, all this did not mean that our country was in blissful ignorance regarding the NSA intelligence activities.

The first failure of the NSA is associated with Joseph Petersen, a former army cryptanalyst who, after World War II, began working at the Agency. Petersen was caught by the NSA security service on having made copies of several secret documents in order to pass them on to help his Dutch colleagues, with whom he had friendly relations. The management decided to demonstratively punish the imprudent cryptologist and referred the case to a public court. October 9 1954 on the front pages of the largest daily American newspapers got a message about his arrest for stealing classified documents from the NSA. But, as his lawyer said, “having made such a decision, they were mistaken,” since the arrest was received too widely in the American press. Peterson, who admitted his guilt, received 7 years in prison. Since then, the leadership of the Agency has diligently avoided any publicity.

However, the demonstrative flogging of the guilty did not save the Agency from the flight of potential defendants beyond the limits of the jurisdiction of the US federal authorities: they moved to the Soviet Union. The most famous of these were cryptoanalytics from the NSA, William Martin and Bernon Mitchell. In June, 1960, Martin and Mitchell, who had made friends with each other while serving in the army, decided that it was time to bring down and asked for another vacation. The request was granted, but instead of leaving Martin and Mitchell flew to Mexico City, and from there to Havana. From the Cuban capital, they sailed on a Soviet trawler to Russia.

In 1960, during the 90-minute press conference at the Central House of Journalists in Moscow, they told the whole world about the efforts of American intelligence in the field of cryptanalysis more than any other known defectors did. They stated that they were “outraged by the practice of intercepting and decrypting secret messages of their own allies by the United States government,” and said that the NSA regularly listens to communications in more than 40 countries. Their revelations forced many states to change their ciphers along with the keys to them. The result was temporary difficulties in the activities of the NSA. The Pentagon announced to Martin and Mitchell that one of them was “insane” (without specifying who it was) that both of them were “obviously confused”, and then called the confessions made by them “lies”. To date, this episode was considered the most severe failure in stories Agencies.

Three years later, a new defector appeared in Moscow - Syrian who received American citizenship, a specialist of the Middle East at the NSA, Victor Hamilton. At the Agency, Hamilton opened the encryption systems of Arab countries, but was fired after he wanted to resume contacts with relatives living in Syria. In retaliation, Hamilton asked political asylum in the USSR and 23 on July 1963 told the newspaper Izvestia that he and his colleagues were engaged in opening military and diplomatic codes and codes of different countries, as well as listening to UN channels.

On the same day, July 23, 1963, under mysterious circumstances, suffocating with carbon monoxide gas in his car, NSA courier Sergeant Jack Dunlap died. An investigation by the Agency showed that Dunlap worked for Soviet intelligence and handed over secret documents to her for a large remuneration at that time: 60 thousand dollars. Before his death, he spent them on the purchase of a motor yacht, a sports car brand "Jaguar", two "Cadillacs" of the latest model, as well as numerous drinks at expensive resorts across the Atlantic coast of the United States and a pompous blond mistress.

Finally, it is worth noting that Edward Snowden is also not the first NSA agent to oppose the system in the aftermath of the Cold War. Another former Agency official, William Binnie, for several years opposed the NSA in American courts and the press, warning of the illegal collection of information about US citizens. However, Binnie, unlike Snowden, did not publish secret documents confirming the global scope of the NSA spying. History shows that Binnie would not have been able to do this, being in his own country. The path of the American dissident, as half a century ago, irreversibly passes through Moscow.

When writing the article, the following books were used: David Kahn, Code Crackers; Pykhalov I. V. “US special services”.

Ctrl Enter
Noticed oshЫbku Highlight text and press. Ctrl + Enter
We are
Diplomats of the People's Commissariat of Defense: on the eve and during the warThe hunt for the Blackbird
Military Reviewin Yandex News
Military Reviewin Google News
12 comments
Information
Dear reader, to leave comments on the publication, you must to register.