Israeli air strikes on Syria were made from the Turkish base

July 15 2013
312
According to a reliable source of RT, for the use of recent missile attacks on Syria, Israel used the Turkish military base. The Middle Eastern state was under suspicion when last week the American media for the first time reported that on July 5 the Israeli Air Force attacked the Syrian base in Latakia. If the evidence that a Muslim country helped Israel in attacking another Muslim state is confirmed, Turkey can be in a very difficult position. 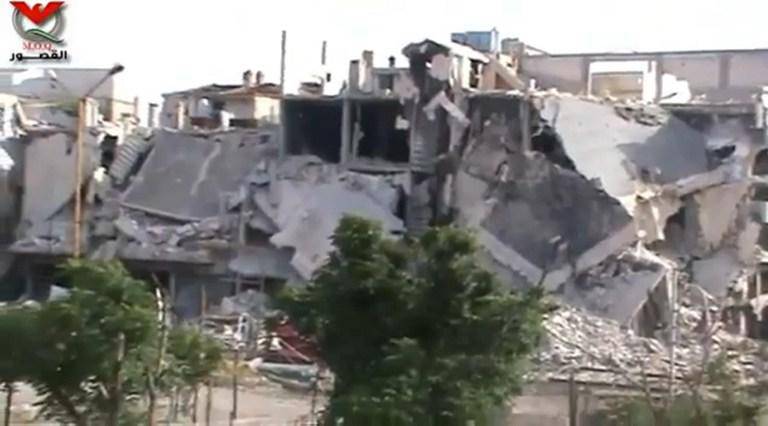 Up until March of 2013, relations between Turkey and Israel did not develop in the best way, mainly due to the incident three years ago, when 9 Turkish activists were killed during an Israeli raid. Then, in protest against Israel’s refusal to apologize, Turkey expelled the Israeli ambassador and severed all military ties.

At the same time, the fact that Ankara provides assistance to foreign fighters, allowing them to undergo training on their territory and then go to war in Syria, was known for a long time.

On the attack on one of the large Syrian warehouses weapons in Latakia, it became known shortly after the Syrian Liberation Army (FSA) stated that the rebels were not responsible for this airstrike, as a result of which the Yahont anti-ship missiles were destroyed.
“This was not the purpose of the FSA,” said the spokesman for the Supreme Council of the Army, Qasem Saadeddin. “This was not an attack done by the rebels.”

At the same time, the FSA suggested that the attack "was either aerial shelling or an attack of high-range missiles launched from ships in the Mediterranean."

The militants themselves described the incident as “powerful explosions”, adding that the firepower exceeded the capabilities of the weapons available to the rebels. At the same time, they themselves believe that the attack was carried out with the help of modern weapons, which Israel may possess.

On Saturday, one of the official representatives of the United States, on condition of anonymity, confirmed Israel’s involvement in the bombings. However, the source did not provide accurate information on the extent of damage or the number of launched missiles.

At the same time, the British newspaper Sunday Times, citing its resources in the Middle East, reports that during the attack, Yakhont P-50 Russian anti-ship missiles were destroyed before 800. They were the target of the attack, according to journalists of the publication, who also believe that the blows were dealt not by the Air Force, but by Israeli submarines.

Israel, in turn, refused to comment on the situation. A spokesman for the IDF does not confirm or deny this data.
“My policy is to prevent the transfer of dangerous weapons to Hezbollah in Lebanon, as well as other terrorist groups. And we support this policy, ”Prime Minister Netanyahu said on CBS.

However, if the involvement of Israel in the air strikes on Syria will be proved, it will be the fourth known case of an Israeli attack on a Muslim country this year. The previous three rockets fell near Damascus on January 30, as well as on May 3 and 5. In late January, an airstrike fell on a convoy that was carrying the SA-17 air defense system, which was the first Israeli invasion of Syrian airspace in the last six years. In May, the Israeli navy conducted two air raids aimed at shipping Iranian Fateh-110 missiles that could strike Tel Aviv from southern Lebanon.

Ctrl Enter
Noticed oshЫbku Highlight text and press. Ctrl + Enter
We are
The new concept of the Russian Aerospace Force of the Russian Federation will include a radical response to the Turkish aggression against the Su-24M
312 comments
Information
Dear reader, to leave comments on the publication, you must to register.