Mourning declared for those killed in the accident near Podolsk 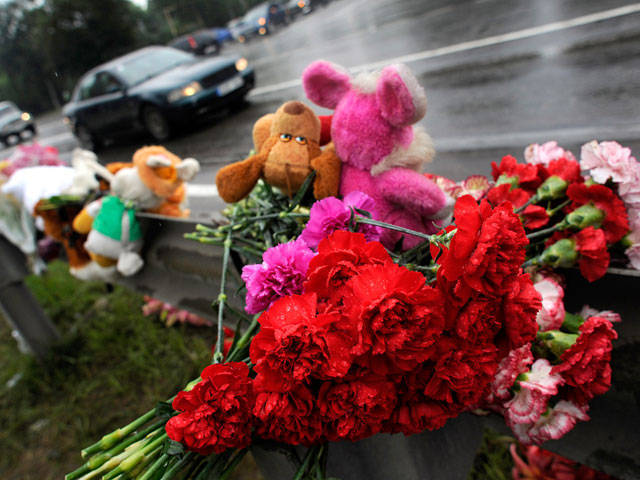 In Moscow and the region of July 15, it is a day of mourning for those killed in a car accident near Podolsk, where the KamAZ crashed into a passenger bus. 18 people died in it, more than 40 suffered, about 30 were hospitalized. On Sunday, funeral services took place in all the churches of the capital and the surrounding area, including the Cathedral of Christ the Savior.
And on the eve of the Moscow region authorities have decided the question of compensation, reports channel "Russia 24". The families of the victims will be transferred by a million rubles, the victims will receive 500 thousands. All this - in addition to relying on the law insurance payments. In addition, in the Moscow region will tighten control over the technical condition of public transport, and in the coming days will conduct large-scale MOT. And, as the Acting Governor of the Moscow Region, Andrei Vorobyev, said, they will install traffic lights at the most dangerous intersections.
Ctrl Enter
Noticed a mistake Highlight text and press. Ctrl + Enter
We are
Innovation Day of the Southern Military District: KamAZ-63968 "Typhoon-K" armored carInnovation Day of the Southern Military District. Armored car KAMAZ-43269 "Shot"
20 comments
Information
Dear reader, to leave comments on the publication, you must to register.