USA on the hook of Snowden 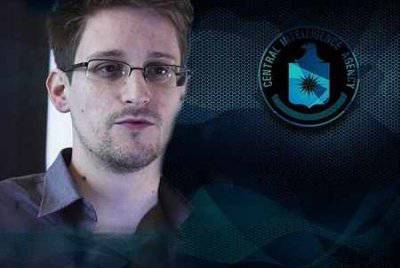 Spyware история, "Lone programmer Edward Snowden against the CIA-NSA and the leadership of the United States," acquires the features of the dissident tragedy of the second superpower of the world. Snowden, who is in Moscow, continues to disturb, of course, but the State Department’s headache has a different origin: who will be the next Snowden?


Judging by the official press releases, the incident with the president of Bolivia, Evo Morales, the American intelligence community was struck by paranoia. You can imagine what is happening now in the NSA! All programmers and bespectacled - under suspicion, all - not visiting. The choice is awful: to transfer everyone to the barracks situation, or, recalling the Soviet experience, to open scientific "sharashki".

To endanger the life of the president of some Bolivia there is no problem. But "get" Snowden from Sheremetyevo - "impossible mission". And “liquidating” Snowden is also not an option. Killing him in Russia and blaming Russia is a CIA style trick, but risky, and, in fact, useless. Snowden will become a hero, a myth, the shadow of Hamlet’s father for the state bosses.

American propaganda is doing everything possible to expose Snowden at home as a traitor and enemy of the state, but this time it does not achieve its goal: more than half of Americans are against the prosecution of Snowden, and approve of his actions, and many consider him a hero! Americans, with so many times brainwashed, do not believe the native press! Snowden is believed to have reported on US global surveillance of the world for patriotic reasons.

In foreign policy, the American strategy of “the world struggle for human rights” collapses. Snowden declassified precisely this “struggle” - the extent of surveillance by the NSA-CIA. Violations of human rights by American intelligence services in America and in the world turned out to be stunning imagination, reminiscent of a worldwide matrix from the movie of the same name.

A whole continent - Latin America is consolidated, and openly opposed the dictates of the United States, which organized the seizure of the plane of the President of Bolivia. Which showed the world, in turn, how easily the US tramples on international law.

European allies of the United States compromised, humiliated by the slave situation in which they found themselves, and harbored a grudge against the owner. The rift in the minds has run, and it will only widen, no matter what the vip-managers of the Old World say.

Putin is leading the Snowden party, it seems flawless. His gem that Snowden must “stop harming our American partners” in order to get asylum in Russia will go down in the history of diplomacy. Like, everything they could do for America, they did ...

Surprisingly, the US State Department, in the best traditions of the Central Committee of the CPSU, is doing everything to get bogged down as deep as possible in the dissident quagmire, continuing to stupidly insist on the immediate extradition of Snowden for a fair reprisal. There is not enough intelligence even to take a pause ... This is a sign of the strongest hysteria in the "higher spheres" of the USA, when the mind completely refuses.

Snowden-2 (or Assange-3, according to another classification) will be a catastrophe for the credibility of US globalizers. Russia must do everything in its power for this catastrophe to occur. It’s just our duty to honor their brazen demeanor for decades. With this we will help the real patriots of America, such as Snowden.

Ctrl Enter
Noticed oshЫbku Highlight text and press. Ctrl + Enter
We are
Bolivian Armed Forces. How a country protects itself in the AndesIn Donetsk, opened a memorial plaque in memory of the hero Oleg Grishin
92 comments
Information
Dear reader, to leave comments on the publication, you must to register.