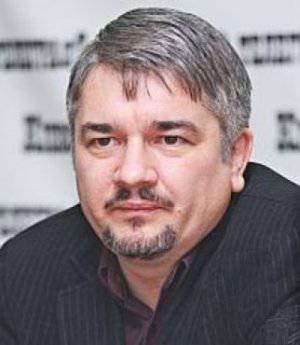 We, the citizens of Ukraine, proceeding from the duty of every member of civil society with all the forces and all available legal methods to counteract the violation of the rule of law and inalienable human rights;


Guided by a certain Magna Carta Charter and enshrined in all modern democratic constitutions, including the Constitution of Ukraine, the right of any citizen to a fair trial and the right not to be found guilty of a crime other than in a legitimate legal process; Concerned about the harassment campaign unleashed against a group of athletes who defended 18 on May 16 from an attack by militants in Liberty;

Noting the violation of journalistic standards by a number of media outlets, including the requirements of objective and unbiased coverage of events, we draw the attention of the Ukrainian and foreign public, media, human rights organizations, and the President of Ukraine (as a guarantor of the execution of the Constitution and laws of Ukraine) to the fact that the trial on the statement of allegedly beaten, allegedly performing their alleged professional duties on May 18, at the opposition rally, journalists Olga Snitsarchuk and Vlad Sodel can no longer be considered as objective m or legitimate.

Firstly, the accusation brought by the prosecutor's office to Vadim Titushko and three others is not based on anything other than the statements of Snitsarchuk and Sodel, who, incidentally, say that they “did not see who beat them, but they know that it was Titushko”. At the same time, the prosecutor representing the prosecution has already allowed himself to state that there is enough evidence of Titushko’s guilt. This statement was disseminated by the media, which is a factor in the formation of a biased public opinion, and, therefore, pressure on the court.

Secondly, the applicants are confused in the testimony. So, Snitsarchuk, initially stating that she had come to fulfill her “civic duty and support the opposition” (this motive was repeatedly voiced and on the air of the applicant’s “5 channel”), then changed her testimony and stated that she “performed the editorial task” . This is an obvious lie, not only because the testimony was changed to present Snitsarchuk not as a participant in the scuffle (in this case, she should have been brought to justice for hooliganism), but as a victim of an attack. This is also a lie because Snitsarchuk, a television journalist, was at the scene of a collision without a microphone, a television camera, and an operator, which is nonsense for the television journalist "on the task of the editorial staff." Persistently “noticing” these inconsistencies, the prosecutor’s office and the court themselves question their objectivity and non-commitment.

Thirdly, from more than two hundred participants of the fight, policemen, journalists and the Kiev inhabitants who happened to be in this place, there was not a single witness who would confirm the participation of Titushko or others accused of the alleged beating, and the fact beatings. Note that in this place at the specified time were the crews of several TV channels, a lot of photos of correspondents, several dozen people filmed what was happening on mobile phones. The venue of the event is also in the field of view of CCTV cameras of the State Department of the Ministry of Internal Affairs of Kiev and the Intercontinental Hotel. We do not exclude that the applicants and the media that support them will be able to convince one or two people to act as “witnesses to the beating”, but the defense has testimony from no less than the number of real witnesses who were at the scene and claimed that the beating was not available.

Fourthly, the applicants have no injuries that could be qualified as inflicted by a group of professional athletes during the “brutal beating”. The wound on the inside of Snitarchuk’s lip and the bruise on her arm could well have been received and even, most likely, were received at the moment when “brutally beaten” (without any traces at all) Sodel kept her hands on the scandal mistress Snitsarchuk who was throwing into a fight (this fact , in contrast to the charges against Titushko, confirmed by numerous photos from the scene).

Fifth, the applicants also filed a civil suit in the amount of 50 000 UAH, citing this with a kind of “moral damage”. Thus, there is a material interest of the applicants in the accusation of Titushko (it would be logical to file a civil suit after the completion of the criminal charges process).

Sixthly, “5 channel”, on which Snitsarchuk works, without a trial before the trial, on the basis of an unsubstantiated statement of his politically engaged employee repeatedly asserted that Titushko was “gangster”, “gopnik”, “hired by the Party of Regions” and unfounded accused him of beating Snitsarchuk. In addition, the deputies Poroshenko and Stets, not only representing the opposition, but also directly connected with the 5 channel business relations (Poroshenko is the actual owner of the channel, and Stets is a member of the supervisory board), demanded that Titushko "(Poroshenko), as well as insulted and provoked him, using profanity (Stets). Given the status of people's deputies, as well as their direct interest in accusing Titushko (as oppositionists and as people interested in the “honest” image of the 5 channel), their behavior cannot be defined otherwise than pressure on the court.

Seventh, for today, none of the Svoboda militants who were the instigators of this fight have been brought to justice. It seems that the athletes fought among themselves.

All this together gives us the right to declare that the actions of politically engaged journalists and the media they represent, as well as individual politicians (Poroshenko, Stets), together with the unprofessional position of the prosecutor’s office, virtually exclude the possibility of admitting the trial of Titushko and three other “attackers” legitimate, with the exception of one case - the defendants excuse.

We urge all state and non-state structures and private actors involved in this process to draw the appropriate conclusions and contribute to stopping the process that has become a tragi-force.

We urge domestic and foreign human rights organizations to pay special attention to this process and demand that the Ukrainian authorities stop it as part of a campaign against “selective justice”.

If today we do not protect Titushko from the criminal encroachments of politically motivated journalists and their masters, tomorrow each of us may be in his place. What does Snitsarchuk “know” any of the “attackers”?

Ctrl Enter
Noticed oshЫbku Highlight text and press. Ctrl + Enter
We are
Comparison of the current Constitution of the Russian Federation and the Stalin Constitution 1936 of the year.Vladimir Putin: Democracy and the quality of the state
Military Reviewin Yandex News
Military Reviewin Google News
44 comments
Information
Dear reader, to leave comments on the publication, you must sign in.