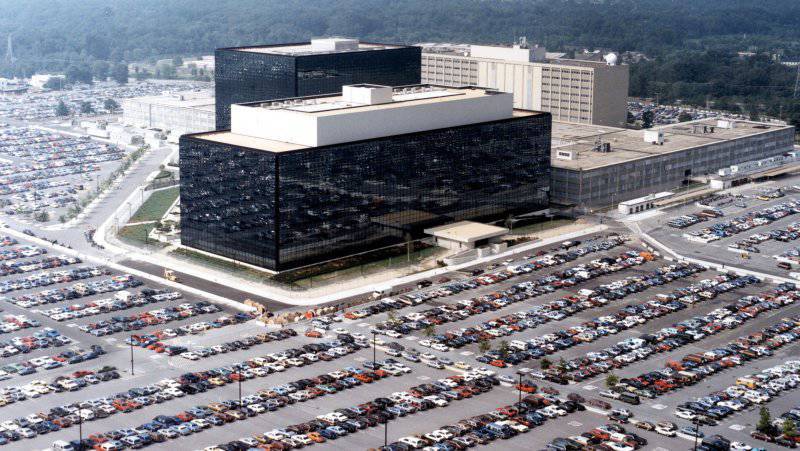 In modern conditions, interstate confrontation is increasingly flowing into the economic plane. In order to provide corporate preferences, all means and methods of obtaining information on the level of economic and technological development are used. Every year, losses from industrial espionage within one single state are estimated at hundreds of millions of dollars. Therefore, it is not surprising that in 1990s in the United States, the question was raised about allowing American intelligence organizations to work for private corporations.

Currently, American corporations occupy a leading position in the world, so the global nature of America’s national interests has become a serious incentive for establishing the interaction of special services and the private sector. In addition, due to the increasing complexity of global world processes, the role of special services in the modern world has significantly increased. And since today, in fact, America is the only country with global interests, its special services, of course, are in the vanguard. Intelligence agencies are much easier and easier to solve problems associated with bureaucratic and technological obstacles, which saves time. Thus, today the special services are no longer solely a government tool, but have become an independent player in the world economy and politics.

American hegemony in the world is ensured by multibillion-dollar commercial projects that involve both government intelligence and corporate security services. One of the most striking examples is the Carlisle financial group, with assets in excess of 54 billions of dollars. In higher political circles, her interests are actively promoted by George W. Bush. Over the past decade, this group has penetrated the private and state structures of some countries, including, according to sources, the British military intelligence. That is, there is every reason to believe that British intelligence is controlled by the American financial group.

It should also be noted that there is information according to which the economic component of American intelligence activities has increased significantly in recent years. Undercover employees of secret agencies were introduced into foreign structures. Their tasks included destabilization, disintegration and the collapse of the economic systems of states. In addition, the secret activities of such corporations as Halliburton, Randon Group, United Fruit Company have become much more active. With the help of intelligence, the American government has for many years solved the problem of the dollar pegging of many states in order to establish control over their economies. Naturally, all this was done under the guise of combating the economic backwardness of these states.

Note that in the military sphere the role of the special services is very high. So, in particular, at the beginning of the twenty-first century, a new stage of American expansion in the East began under the guise of fighting terrorism. In addition, there was also information that US intelligence agencies, in addition to actively participating in organizing coups in many countries around the world, earned a lot of money from this.

Thus, the experts of the three most influential institutions (Berkeley, Harvard and Stockholm) conducted an analysis, according to the results of which the American special services not only had secret information, but also actively used it for profit. In particular, we are talking about coups in Guatemala and Iran in the 1950-s, operations in Cuba in the 1961 year, operations to overthrow the leader of Chile S.Alend in the 1973 year. The fact that the overthrow of regimes unfriendly to America, the work of the special services, is no longer a secret to anyone. That was their main task. Suffice it to recall the words of one of the American diplomats, J. Kenan, who spoke of the need to act pragmatically, to protect the mineral reserves that are at the disposal of the United States.

In addition, it became clear that on the eve of the Western military operation in Libya to overthrow the political regime, its leader M. Gaddafi took some measures aimed at weakening the position of global companies on the Libyan oil market (meaning revising concession agreements). Thus, it was assumed that foreign companies will be able to claim a maximum of a few percent of the total oil produced in the country. Earlier, this figure reached more than 50 percent. All these actions caused the majority of experts to describe the military operation in Libya as an “oil war”.

However, another very interesting information has surfaced in the press. As it turned out, American intelligence services not only provided American global interests in the world, but also often played on the stock exchange in order to gain profit from their activities. At the same time, the scheme was very, very simple: the secret services leaked information about the future of subversive operations to international corporations, and together they made a profit. It is, in particular, about the situation in Chile and Guatemala, when the governments that carried out the nationalization of American assets came to power. And the information that these assets will soon return to the old owners enabled the owners of this information to receive billions of dollars in revenues.

A striking example is the operation "Ajax", which in 1953 was conducted by K. Roosevelt in Iran and aimed at overthrowing Prime Minister M. Mossadegh. Being in power, he nationalized the oil assets that were used by one of the British companies. As a result of the operation on the throne, the Shah returned. It is clear that America did not help Britain for nothing, first of all it pursued its own interests, which consisted in establishing control over oil. In addition, A. Dulles, who was the director of the CIA, had his personal interests: before joining the intelligence department, he worked in a law firm that dealt with the affairs of this British company.

Similarly, in 1954, a paramilitary operation was conducted in Guatemala, the aim of which was to overthrow President H. Arbens, who dared to encroach on the property of the United States corporation United Fruit Company.

In addition, the Americans negotiated with Saudi Arabia. In exchange for petrodollars, the Saudis received technical support, military supplies and training. As a result, the US-Saudi Economic Commission appeared. According to the results of the negotiations, it was assumed that for the money of Arabia, American companies would be hired, who had planned to make a profit for many decades. The condition was that Saudi Arabia was obliged to buy American oil securities for petrodollars, the interest on which should have been used to modernize the country.

After the American special services conducted operations in Colombia, Ecuador, Panama and Guatemala, American corporations received more dividends from the use of natural resources, thus, they are fairly well established in these regions.

If we talk about more modern examples of the interaction of American special services with private corporations, then first of all it is necessary to say a few words about the events of 1990 of the year. Then the US intelligence agency intercepted a series of reports that related to a deal between a Japanese corporation and the Indonesian government regarding satellite equipment. As a result, the contract received an American company.

Throughout 1992-1993, the same intelligence agency disrupted an attempt by the General Motors company top manager to convey the company's secrets to the German Volkswagen concern. In 1993, the FBI, together with the NSA, auditioned one of the hotels in Seattle where the APEC conference was held. The goal is to obtain information on the future construction of hydropower plants and thermal power plants in Vietnam.

In 1994, CIA agents spied on the leading developments of Japanese automakers. All information was transmitted to American concerns Ford, Chrysler and General Motors. In the same year, the National Security Agency intercepted the documentation and tapped telephone conversations between the airline of Saudi Arabia and the European consortium Airbus, with the result that the American companies Boeing and McDonell-Douglas received a six billion contract.

Another item of income of US intelligence, which became known relatively recently - is drug traffic. So, for example. In 2007, the Grumman Gulf Stream II plane crashed in Mexico. During the investigation, about 6 tons of drugs were found in the wreckage. Then everything was written off to local drug barons. However, later it turned out that this aircraft has a very dark past. In the course of the investigation, it was established that the vehicle was repeatedly used by US intelligence agencies to transport persons involved in terrorist organizations to Guantanamo, as well as to so-called secret prisons. But more often this plane made flights along the route Colombia-America-Colombia, and its passengers were Colombian drug traffickers, which were taken to the USA for the conclusion of multi-million transactions.

Similar stories happen quite often. Drug use in America is growing so rapidly that cartels have to create new routes almost on the move. Therefore, there is no need to talk about reliability. Aircraft carrying drugs fell, were forced to make emergency landings in Colombia, Costa Rica, Venezuela, Nicaragua, Honduras, Panama and Guatemala. And very often during the investigation, information appeared that these planes were exploited by the American department, which is fighting against drug trafficking.

Thus, it is obvious that the USA does not struggle with the drug business, but in every possible way promotes its development. The indisputable proof of this is the history of the relations of the Panamanian President M. Noriegu with the American special services. So, when the country was fighting against the left-Marxist movement, he repeatedly ordered services to the Americans, provided support in drug transfer operations to America, and procured weapons for a contra on the proceeds. Part of the income was deposited in his personal accounts. The Americans warned him, trying to force him to engage in the drug business for his personal interests, but Noriego was sure that he would not be touched, because he knew too much about the secret operations of the Americans. However, he was mistaken. For his arrest, a military operation was specifically carried out using tanks, aircraft, artillery. As a result, about 20 thousand civilians became victims. The Panamanian president himself was taken to America and sent to prison for many years. And all so that he was silent and did not dare to claim his share in the drug business belonging to the United States of America ...

Thus, the budgets of the National Security Agency and the Central Intelligence Agency as a result of all the above operations and schemes have reached fabulous limits over the years.

Ctrl Enter
Noticed oshЫbku Highlight text and press. Ctrl + Enter
We are
Is there a solution to the problem of patriotic education of young people? Private initiativesZlatoust at the American Embassy. Masterpieces of Russian espionage
Military Reviewin Yandex News
Military Reviewin Google News