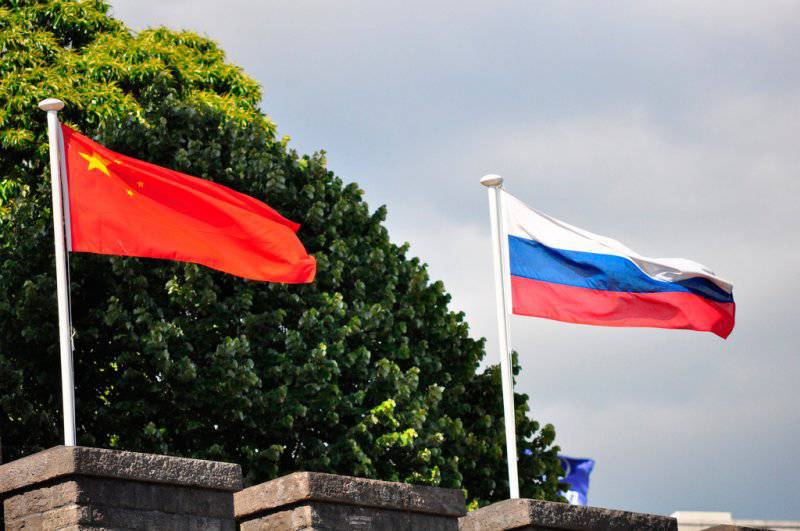 The Chinese ruling elite is closely following the events in the world, especially the balance of forces on a regional and global scale. The leadership of China behaves very carefully and their steps are always comprehensively thought out. They do not get involved in international adventures, but also do not allow to infringe upon anyone, the national interests of China. In the center of activity of the Chinese authorities is to ensure the defense and security of the state.

Beijing’s policy is aimed at maintaining partnerships with all the major powers, including its strategic partner in the Central Asian region, Russia. Economic growth in China has allowed us to create the foundation for the development of the defense industry. Today, Chinese experts have successfully launched the production of modern weapons systems, including space, naval, nuclear missile and other military equipment. However, as experts say, Chinese gunsmiths cannot do without the help of their Russian partners - China needs to acquire new technologies, replenish the resource base and obtain the latest weapons. But this cooperation is mutually beneficial - after all, Russia and China have a fairly wide range of mutual interests in the field of security, and almost all of their geopolitical rivals are the same. At the end of the 90s, relations developed between Russia and China that made it possible to create a successful system of military-political cooperation. One of the results of this collaboration is the creation of the "Shanghai Five" or the SCO (China, Russia, Tajikistan, Kazakhstan and Kyrgyzstan). Today, China and Russia are trying to maintain stability and security in the Asia-Pacific region with the establishment of a guarantee of mutual security.

The development of the Russian-Chinese military-political tandem is very interested in world powers, especially, the countries of Asia, Latin America and Europe. The moment will come when Moscow and Beijing together will be able to change the model of behavior of any state if its actions pose a threat to international peace.

Today, the situation in Northeast Asia is becoming tense. This is connected with the nuclear tests of the DPRK, and with the frequent joint military exercises of Japan, the USA and South Korea. In this situation, Russia and China, as countries interested in stabilizing in the north-eastern region of Asia, need to clearly define their position.

Within the framework of the strategic partnership between the Russian Federation and China and the coordination of the actions of the armies of the two countries in 2013, two joint military exercises are scheduled. From 5 to 12 on July 2013 of the Sea of ​​Japan the Doctrine of Sea Interaction -2013 is held. A detachment of 20 Russian ships headed by the Varyag missile cruiser and a detachment of Chinese ships: the destroyers Shijiazhuang, Lanzhou, Wuhan, Shenyang and frigates Yantai and Yancheng, supply vessel "Hongzehu".

During the exercises, the ships of the two countries "freed the vessel seized by pirates", trained to replenish supplies in difficult conditions, conducted joint navigation and maneuvering around the water area, carried out the training task of practicing actions when meeting with "enemy" submarines, carried out escorting civilian ships. Also, having promptly formed three mixed combat units, practiced tactics of protection and defense in an unprotected raid. With the participation of the Russian Air Force fighters in the exercise was carried out imitation of the reflection of an air attack. Held a training battle with the "speedboats of the enemy." Then the ships carried out a search and rescue operation to assist the ship that had crashed. And also carried out artillery shooting at various types of targets. The exercise ended with a parade of participants.

Another important aspect of the teachings. They paid attention to the work of the military with high-tech weapons, including anti-submarine and anti-aircraft weapon. For the Chinese military, these exercises are very important as an opportunity to improve their skills, given the fact that China recently gained access to some types of high-tech weapons fleet, for example, to radar stations and air defense systems.

In this not simple situation, the ground forces work out operations in the Peace Mission exercise not so much as training in defeating gangs, but most likely as preparation for a possible full-scale land war in the future, albeit on a local scale. But for the full cooperation of Beijing and Moscow in the field of maintaining stability in the Asian region and the possibility of conducting military operations in Central Asia, there is still a long way to go.

So, I must say that at present there is not yet a scenario developed for the interaction of Russian and Chinese leaders in deciding on military cooperation in the event of a threat to the security of the SCO countries. As a result, for example, in the 2010 year, the countries of the Shanghai Five were not able to play a significant role in resolving inter-ethnic clashes in Kyrgyzstan.

According to observers, the events held show that the authorities of China and Russia are well aware of their responsibility and correctly assess the political risks when deciding on a joint military operation. And it is precisely this aspect of the strategic partnership that will be much more difficult to implement than the military-technical partnership.

Ctrl Enter
Noticed oshЫbku Highlight text and press. Ctrl + Enter
We are
In the United States launched the production of "T-72", "T-80" and "BMP-2"Military doctrine of the Russian Federation
Military Reviewin Yandex News
Military Reviewin Google News
18 comments
Information
Dear reader, to leave comments on the publication, you must to register.