Threats to Israeli aircraft over Iran 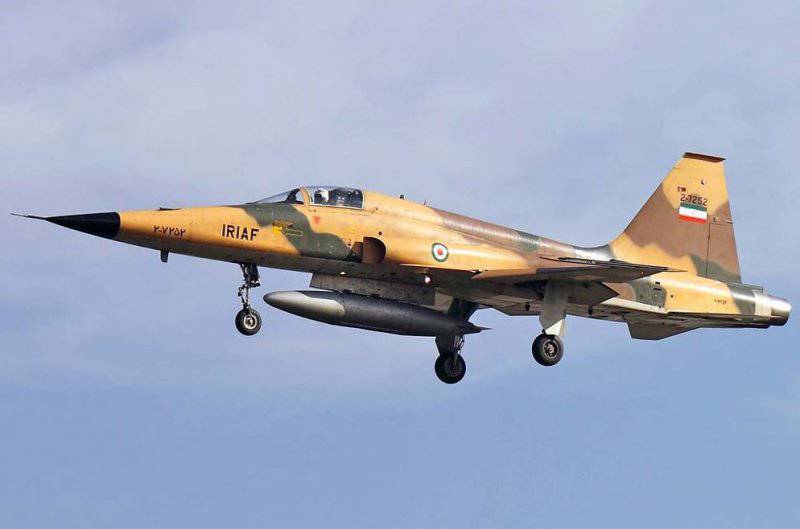 The Iranian military leaders were greatly relieved when the “moderate” Hasan Rouhani was elected instead of Mahmoud Ahmadinejad as a result of the recent elections. Rouhani is known as an excellent negotiator and as one with whom you can communicate normally. Ahmadinejad did not possess any of these qualities, and his constant and hysterical threats against Israel made the likelihood of a war with Israel all the more real. The situation was further aggravated by the growing threat of Iran’s creating a nuclear weapons. Ahmadinejad also liked to brag about how well prepared Iran is to set the heat for Israel when it decides to fight with Iran. At the same time, Iranian military leaders shivered from fear because they knew that the military power that Ahmadinejad boasts is largely an illusion. The constant stream of boastful press releases issued by the Iranian military had the goal of raising local morale, not to describe some real improvement in Iran’s military capabilities. The Israelis were aware of this, however, like Ahmadinejad himself, but the numerous threats to Israel had already caused Israeli counter-threats. The problem was that Israel had much greater potential to attack Iran than to defend Iran.

Israel, unlike Iran, has huge reserves of fuel, ammunition and other supplies needed for warfare (within 30 days). Despite the fact that Iran produces a lot of oil, it does not have oil refineries capable of producing aviation fuel in sufficient quantities. Iran has a small number of smart bombs and missiles, and this is not at all comparable to what Israel has at its disposal.

Israel can launch more than 500 aircraft (mainly F-15 and F-16) against Iran per day (several flights a day). This is in addition to more than double the number of weapons with a smaller radius of action. Israel has more than 25 000 smart bombs and missiles (not counting smaller missiles such as Hellfire). For several days, the Israeli air force is able to destroy the little that Iran has as its main weapon systems (armored vehicles, airplanes, warships, weapons, and research and production facilities). Worse, early statements about Iranian military power will not only be exposed as false, but the real military power will be significantly reduced by the Israelis. Of course, Iranian military leaders do not want this to happen, although some authorities of the religious dictatorship ruling Iran saw a positive point in this development. In their opinion, the Israeli attack could unite all Iranians against the generally unloved government.

The Iranian problem is that three decades of sanctions made it impossible to replace outdated and worn-out equipment or even maintain old systems in good condition. Thus, the best defense system against Israeli attacks (air defense systems and fighter aircraft) is largely absent. Iran has an ancient and probably ineffective system against Israeli means of suppressing air defense.

Thus, for example, Iran faces growing problems of maintaining the X-NUMX era of the F-5 in the flying state. Those few aircraft that still have a high accident rate and low combat readiness due to maintenance problems (including the lack of spare parts). Parts for American aircraft still used by Iran are very difficult to find. Iran partly solves this problem. However, the Iranian air force is pretty much window-dressing. They have a lot of airplanes, which for the most part are part of the Air Force only nominally and not capable due to their age and lack of spare parts. Those who are able to fly are likely to become good targets for Israeli fighters. 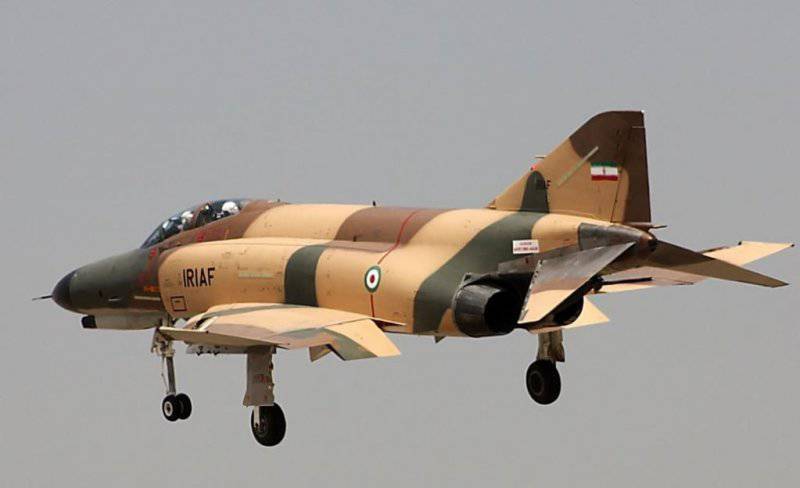 The Iranian Air Force is still trying to recover from the effects of the Islamic revolution of 1979 year (which led to an embargo on the supply of spare parts and new aircraft). Despite this, many Iranian military aircraft remain flying, but only for short periods of time. The main reason for this is the extensive smuggling of spare parts. Two of their aircraft, the American F-4D and F-5E Tiger, are still widely used around the world. Some people have spare parts for these aircraft, and Iran can buy them. Iran still has about 40 of such aircraft at its disposal, less than half of them are combat ready.

Another thing with the most expensive military aircraft of Iran, the US F-14 Tomcat. Iran was the only export customer for this aircraft. Some F-14s were able to fly, despite rumors of sabotage by American AIM-54 Phoenix missile technicians when they left Iran. To demonstrate this, Iran made a flyby of 25 and F-14 over Tehran in 1985. Today, Iran has about 20 and F-14, less than half of them are combat-ready.

Iran is trying to buy new foreign aircraft. In the 1990s, with the end of the Cold War and the collapse of the Soviet Union, they sought to buy them from Russia. Despite low prices, a combination of Western pressure (not selling aircraft) and Iranian financial problems, not many aircraft were received. One unforeseen opportunity was the Gulf War in 1991. Many Iraqi planes (most of them Soviet-made) fled to Iran to avoid an American strike. The Iranians never returned them. So Iran was with the 60 th MiG-29. There were also 18 Su-24, reinforced by the purchase of additional in Russia. Spare parts can also be purchased on the black market, but the MiG-29 is extremely difficult to maintain by plane, even with all the necessary spare parts. 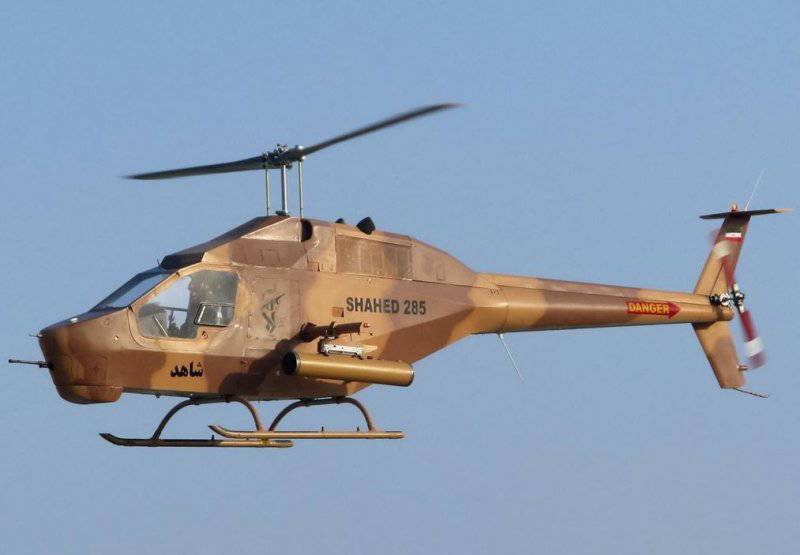 Currently, Iran has about two hundred fighters and fighter-bombers, but only half of them can be put into battle, and usually only one flight per day. The chronic shortage of spare parts limits the amount of time that aircraft can spend in the air. This means that pilots do not have enough flying skills. Poor maintenance and untrained pilots lead to more aviation accidents.

Iran is also poorly prepared when it comes to ground defense. Iran has managed to keep in operation a number of Hawk's American anti-aircraft missile systems, purchased in the 1970s. However, today they are not capable of anything, and the Israelis know all about these Hawk. Iran has limited access to the procurement of new systems in Russia and China and, in general, is poorly prepared to repel the Israeli attack.

Ctrl Enter
Noticed oshЫbku Highlight text and press. Ctrl + Enter
We are
New Iranian President Hassan Rouhani: A Beacon of Liberalism or the “Golden Mean”?Results of the week. “I recently believe that everything in life is possible, even that which is impossible”
265 comments
Information
Dear reader, to leave comments on the publication, you must to register.