Lessons from the tragedy in Pugachev

July 12 2013
529
Summer xnumx. Russians in the forums and special commentary lines in the media have already pretty much become attached to the discussion of topics such as the new change of government in Egypt or the ongoing civil war in Syria. The intra-Russian information component was, to put it mildly, lethargic. It was sluggish until it thundered ... Thunder rang out in the city, which until July 2013 of the year, frankly, was difficult to attribute to the media centers of the country, and almost no mention in the federal and especially foreign media. However, the tragedy in the Golden Barrel cafe, which resulted in 2013-year-old resident of Pugachev, Ruslan Marzhanov, was fatally injured from a 20-year-old native of the Chechen Republic who visited his relative in the Saratov region, history This city on the "before" and "after." 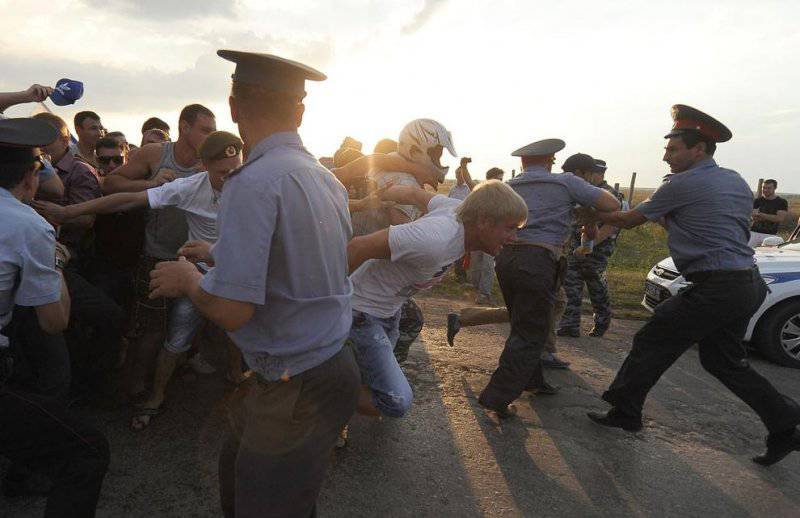 According to eyewitnesses, the quarrel in the Pugachev cafe broke out because of a girl whom the same 16-year-old Chechen Ali Nazirov suddenly wanted to meet. Ruslan Marzhanov, if everything is translated into, let's say, a language that is digestible for a public publication, declared that he would not allow representatives of Caucasian nationality to “pretend” to Saratov girls. These statements, plus the fact that Marzhanov (by the way, who had recently served in the Airborne Forces) didn’t say about Caucasians unflatteringly, led Nazirov to uncontrollable aggression, as a result of which he snatched the scalpel that came from (eyewitnesses say that Nazirov had carried the scalpel) and inflicted several fatal wounds to Ruslan Marzhanov.

It is noteworthy that the nearest medical institution bleeding Marzhanov literally on his hands was reported by young people who were companions, attention, Nazirov (Chechens living in Saratovsky Pugachev). It is also important that the same young people gave Nazirov, who killed Marzhanov, to law enforcement agencies. However, the majority of Russian and foreign media that the representatives of the Chechen diaspora tried to help the dying Ruslan and did not cover the criminal, for some reason, is not covered. Why so? The answer is quite simple: there are certain forces in Russia that are eager to use the negative that sits in many Russians in relation to people from the Caucasus. This is such an acute problem for various regions of the country that any episode (especially an episode with the death of a Russian guy at the hands of a representative of one of the peoples of the Caucasus) can become a real bomb. And the episode in Pugachev became such a bomb. 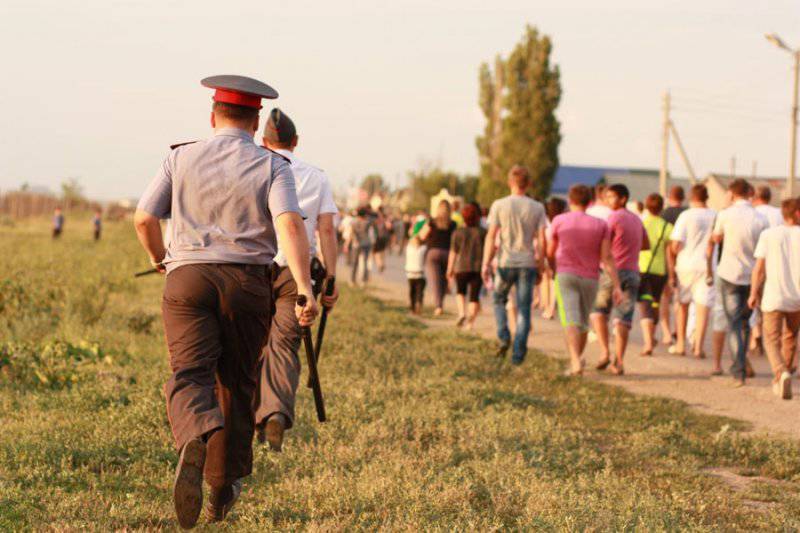 A small town in the Saratov region learned of the tragedy the next day. And, apparently, the general negativity so deeply took root in the souls of the locals that the city shook. Up to half a thousand people gathered in the main square of the city (with Pugachev’s 42 population of thousands), who demanded that the local administration take action. These requirements were drawn up in the form of five main points that need to be given in this material.

The first requirement: checking passport and visa regime, and not only to representatives of law enforcement agencies, but also activists of public organizations.

The second requirement: to organize raids to identify outlets that distribute alcohol at night.

Requirement three: involve the diaspora in the joint implementation of actions aimed at improving security in the city, and also create a group to activate the local police

The fourth requirement: to update the composition of the public council under local law enforcement.
The fifth requirement: to form a volunteer squad for the protection of law and order and to use Cossack formations to patrol the streets of Pugachev.

Even if one casually looks at all the points listed above, it can be stated that they testify to the mistrust of ordinary Pugachev people to the local police, for whom the tragedy in Zolotoi Barrel will most likely become a point of great change. And these changes have already begun. Apparently, high-ranking officials got acquainted with the demands of the citizens, and the head of the Pugachev police became the first leader who lost his chair. The chair is reeling under the mayor of Pugachev, who was booed at the aforementioned spontaneous rally after he first called on everyone to go home, and then made an attempt to send the crowd to the local recreation center, as they say, out of sight ... 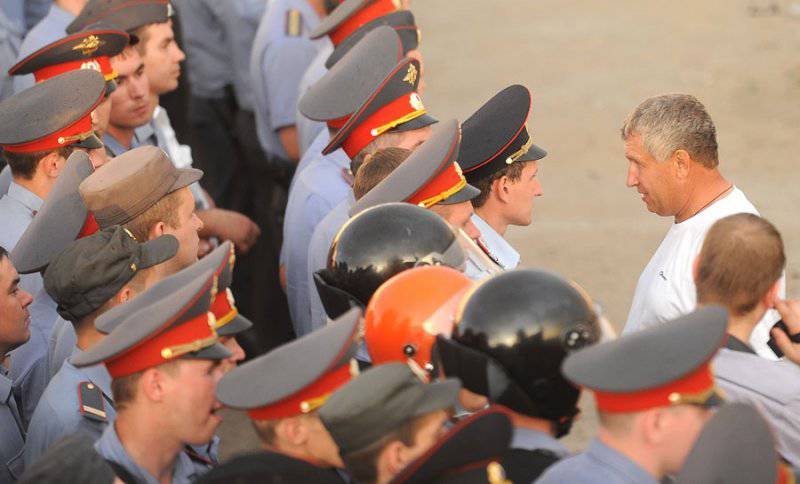 Out of sight, it did not work out, since those gentlemen who, by and large, do not care about Pugachev himself and the interests of its inhabitants have already intervened. We are talking about people who are ready to use any episode in which there is at least some opportunity to strike at Russia as a multi-ethnic and multi-religious state. It was these gentlemen, not particularly going into the everyday life of ordinary Pugachevites, to those demands that the citizens themselves put forward to the authorities, decided to add their “punishments” that formed the demand: “Evict and separate!” And “evict” is about the representatives of the Chechen diaspora , which in Pugachev has less than 100 people, and only “separate” is about the Chechen Republic. They say we will separate Chechnya from Russia, and real prosperity will come to our country - they will stop selling vodka from under the floors in kiosks and kiosks, quarrels with a stabbing will break out, people in the streets will smile at each other, police, judicial system, bureaucracy will cease to be corrupt and will be engaged in the performance of their direct duties, and not the protection of criminal gangs ... And in fact many of our fellow citizens enthusiastically perceived the voices of these cliques, who, forgive me, to the point of the sorrow of relatives his Pugachev's boyfriend, but who are not at all indifferent to their low political rating in the country. On pure populism, the whimpers conceived, as they say, to enter heaven.

Surprisingly, many media tried to turn the Pugachev tragedy into a triumph of nationalism. “Pugachev Rebellion”, “Uprising in Pugachev”, “Russian Riot near Saratov” - these are just a few headlines from various publications that have decided to comment on the events described. Excuse me, what kind of riot ?! If the people took to the streets and demanded that the local authorities punish the culprit and put the work of the law enforcement system on public control, is this already called a riot? .. Oh, yes - the overlap of the federal highway and the desire to “seize the railway station” ... So why, then, the very same media do not mention in their reports and articles that the people and the people of Pugachev didn’t want to block roads and railways, but those who decided to use popular anger to solve their political problems.

There was no riot in Pugachev. Did not have. No matter how much the media tried to convince us of this: from Echo of Moscow and Dozhd to other media, which often wishful thinking. And the shots that appeared on some resources with imprinted columns of armored vehicles that allegedly went to Pugachev to suppress the uprising are pure forgery. Well, someone really wanted to concoct from the murder of an 20-year-old Pugachev's boyfriend an 16-year-old Chechen informational reason for another blow to the integrity of the country. 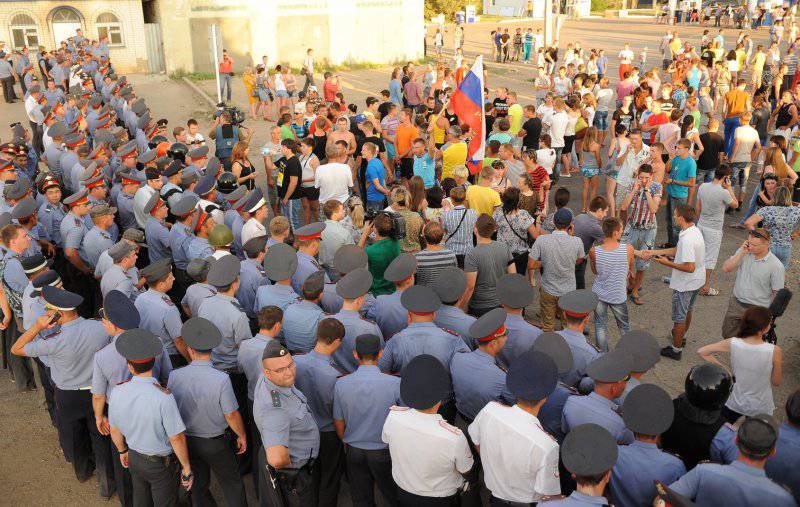 Today it is foolish to talk about the causes of the Pugachev drama. To consider a certain girl can be solely as a momentary cause for stabbing, but all the roots of the problem itself are deeper. From this problem it is possible to inflate the whole nationalist space, it can be ignored altogether, but in general for the country and us (its citizens) it is much more productive to try to make sure that the Russian authorities do not follow the first or second path. Waving a sword, shouting slogans like “Russia without the Caucasus” or keeping silent, continuing to chew snot, watching how guests of Chechen or Dagestan weddings behave in the cities of Central Russia are two extremes that, as one well-known politician likes to say, are counterproductive in their the essence.

There is only one way out - to finally bring Russian law up to the bar, in the presence of which its rule will be indisputable. It is precisely this task that directly confronts the Russian authorities, for whom Pugachev should become a well-learned lesson. For now, representatives of corrupt bureaucratic groups will wipe their feet on Russian laws, while cronyism and fraternity in our country will be valued more than the need to be a law-abiding citizen, while the ghost of orange revolutions will roam the world, the next “Pugachevs” and everyone who follows (with calls to separate first the Caucasus, then Tatarstan, and then St. Petersburg and Moscow from Russia) one can expect a considerable amount on the Russian land.

It remains to be expected that the Pugachev lessons for the Russian authorities will not remain unlearned. 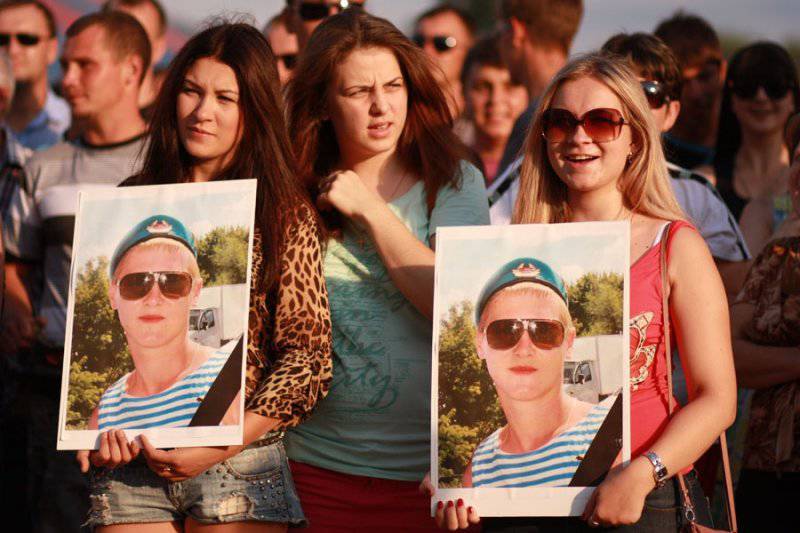 PS The publication “Military Review” expresses deep condolences to the relatives of the deceased Ruslan Marzhanov and hopes that the guilty party will be punished with a fair and commensurate with the crime committed.

Ctrl Enter
Noticed oshЫbku Highlight text and press. Ctrl + Enter
We are
Unexpected turn in the case of the murder of a paratrooper in the Saratov region, or the Unlearned Pugachev lessonsPugachev revolt: citizens angry with murder blocked the road
Military Reviewin Yandex News
Military Reviewin Google News
529 comments
Information
Dear reader, to leave comments on the publication, you must to register.