In the first air fight - do not touch anything 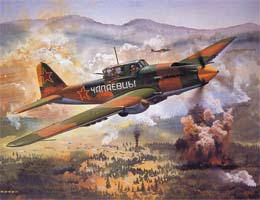 In the bad books about the pilots of the Great Patriotic War, the air gunners of our bombers, attack aircraft and transport vehicles were easily and simply shot down by German fighters, barely in time to get up into the air. The queue, the other - and "falls fascist vulture, enveloped in flame."


In fact, in the first combat mission it was very difficult not only to knock down the enemy, but at least understand something about what was happening.

Vladimir Mester, the gunner-radio operator on the Il-2 attack aircraft, described his first combat sortie as follows: “I was not trained to wear such untrained people like me (I didn’t even wear a parachute!), We didn’t see anything, but the shooter of the closing plane was the most important. They put me in the cab, I buckled on, which I never did, and they say to me: “Here's a machine gun for you. He is in a case. Don't touch him! Sit and look around. ” So for the first time in the air, I went straight to the combat sortie. I sit, I look - everything is spinning around, sparkling, beautiful clouds of tears around - like in the movies. It’s interesting that I already opened my mouth and looked at it - I don’t understand anything! It was not terrible - I just did not know what to fear. Flew back. With unaccustomed nausea a little. Got out of the cab. I approached the commander, Misha Chekurin, and said: "Comrade commander, Private Mester has flown the first combat mission." - "Good. Come on, tell me what you saw there. Have you seen us being attacked by the Messers? - "I do not know. I saw the planes spinning. ” “Did you see when the slave was shot down?” “I have no idea.” Knocked one of the six. The fight was hard, but I thought it was a movie. I do not understand anything. The arrows, like the pilots, often died in the first sorties. When the shooter made a dozen sorties, there is hope that he will still live, although this did not always depend on him. This is how I made five-seven missions before I began to understand a little what was happening. The guys helped the machine gun to master - it was in their own interest. After all, we covered each other. He helped the armament mechanic, told about possible malfunctions, showed how to act when the liner was broken. ”

It is no coincidence that Mester mentioned ten sorties. Those shooters who survived ten assaults were awarded the Medal of Courage medal. After fifteen - the Order of the "Red Star".

After the first, most dangerous missions, professionalism began to be developed.
For example, in relation to arms: “Gunsmiths should do this, but we tried to service our machine gun ourselves. Before landing, try to pull the cover on it so as not to become dusty. Disassembled, cleaned and greased themselves - this is our life! Themselves manually stuffed cartridge tape. Although discontinuous were not allowed to use, but we set them and every tenth of them, and tracer - every third. ”

But maybe this was an isolated case when an inexperienced air gunner in the first battle did not even understand what was happening? No, there are such examples in the memories.

In the extremely interesting memoirs of S.N. Ikonnikov, “War through the eyes of an aircraft engineer,” for example, has the following episode: “For two and a half years of service as an engineer in an aviation regiment, I had to combine two posts for a total of more than a year — an armaments engineer and an air force commander. The execution of the last position required the conduct of classes with air crews in aerial shooting, error analysis in aiming and firing, while tactics were also raised. The effectiveness of airborne training sessions conducted by a front-line engineer who did not fly a combat mission was extremely low. The pilots did not show activity in the classroom, and on the faces of many it was possible to read - it was easy to tell all this on the ground, and visit us in battle!

The regiment commander understood and supported my desire. True, he recalled that the time and money spent on training an engineer and an air gunner are different, and there is only one armament engineer in the regiment. ”

The air engineer nevertheless managed to go on a combat mission: “I was assigned to the top six, Captain Salo, on the mission of the air gunner. Many years have passed, and the first flight was remembered in detail. It was necessary to destroy the enemy's manpower and equipment on the outskirts of the village. During the flight of the front line, small-caliber anti-aircraft artillery and anti-aircraft machine guns fired at our group. It seemed that the fire was very dense and that all the tracks were directed only to our aircraft. I wanted to take a closer look at the enemy's fortifications, moving vehicles, it is possible to more accurately record the results of an assault strike. But the commander of the crew reminded me three times: the main thing is to monitor the air and be ready to repel the attack of the fighters. Enemy fighters did not appear. He could not use a large-caliber machine gun to fire at ground targets - there was not enough time for aiming. ”

An experienced aircraft engineer Ikonnikov did not have time to open fire on ground targets - there was not enough time to aim. The first flight - nothing can be done. The experience accumulated with each flight: “After several sorties, I could analyze the pilot’s mistakes in aerial shooting much more, especially when, together with other gunners, I managed to repel the attack of Me-109 fighters.”

Only those who survived the first, most dangerous missions, had the opportunity to become experienced air fighters and describe victories in his memoirs: “I am trying to target a fighter. Nothing comes out! The German attacks at a large angle, the vertical angle of fire of my machine gun does not allow shooting at him.
I instantly drop the seat, kneel on the floor of the cab, turn the machine gun up. Now the enemy fighter hits the target. But I don’t open fire intentionally. I decide to let me take a closer look, hoping that the enemy will not understand my actions. The fighter is getting closer and closer ... 800 meters, 600, 400 ... Thoroughly aiming and letting out a long line, the fiery route rests on the enemy's plane, he does not have time to open a return fire, rushes to our “silt” . I have a frost on my back: “Fokker” wants to ram us ?! But Konovalov (pilot - M.K.), having heard my turn, abruptly jerked the plane to the right, and the burning Focke-Wulf swept alongside. ”

This is an episode of the memories of the air gunner George Litvin. One of those who managed to become a professional of the air war, able in a few seconds to find the only right decision in a situation when “nothing works”.

Ctrl Enter
Noticed oshЫbku Highlight text and press. Ctrl + Enter
We are
My grandfather's front-line letters (part 2)Conversations with Timofey Panteleevich Punev. “No air force had a bomber similar to the Pe 2.”
92 comments
Information
Dear reader, to leave comments on the publication, you must to register.