Tank, which has not yet seen. A brief analysis of the "raids" on "Armatu" 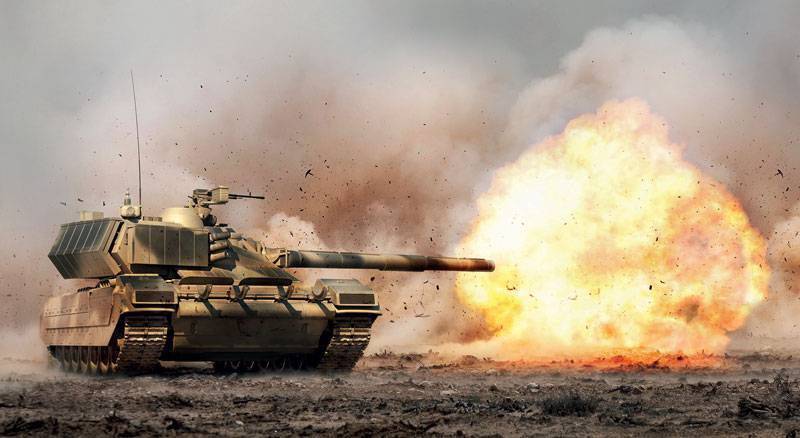 The new main battle tank (MBT) on the Armata platform will not be shown to the general public in September, as planned earlier. Show cars will be closed. This was reported to journalists by Dmitry Rogozin.


The news that only the country's leadership will see the new car at the exhibition in Nizhny Tagil caused a whole wave of criticism ... No, not criticism of excessive closeness accompanying all developments in the military field. Hurricane ravages exposed himself new tank. Rather, the little that is known about him. That is, the situation looks almost anecdotal - those who want to moan a new domestic development are trying to be in time as soon as possible until you can look at the living product. It was about the same with the fifth-generation Russian fighter. There were many willing to speculate that "he will not fly," that "we can not do this," that "all this is cheating" and in general "drank and kickbacks." But since the PAK FA and its flight tests it became possible to observe firsthand, the critics have disappeared somewhere. They instantly forgot what the public had recently urged together, and found their languages ​​more appropriately applied.

Nevertheless, criticism of the not yet shown “Armata” deserves attention. Firstly, because on some technical issues, the public is presented with the “only true” point of view. And for those who are interested in the new Russian a tank, it is useful to know that the point of view set forth by the opponents of “Almaty” is not the only one. And since the developers of "Almaty" are not yet able to openly present a new car - this does not mean that you can use it, "scattering" your criticism without an answer.

Secondly, it is worth examining it so that it will be harder for the accusers to forget their words and continue to pretend that they are always right.

So, let's try to figure out what will be the Armata in the MBT version. And what are its qualities challenged opponents.

The appearance of the new tank is known in general terms. Its main weapon will be the 2А82 high-power tank gun. It has the same caliber 125-mm, but new ammunition, with shells of increased length and more powerful propelling charges. In terms of its energy characteristics, it has a significant superiority even over the most advanced German Rh 120 / L55 at the moment.

However, the choice of this weapon is one of the subjects of criticism. Indeed, a significant increase in the firepower of the new tank could be the installation of a more powerful 152-mm smoothbore 2A83 gun. She also passed the test and has a set of modern ammunition, similar to 2А82, only made in a larger caliber. This gun was supposed to be installed on the prototype of the tank, which was not yet adopted by the armed forces - the “195 object” (image), which was popularly called T-95.

However, increasing firepower in the simplest way (by increasing the caliber of the gun) has its negative sides. Abroad, too, they began experimenting with large-caliber tank guns, when it turned out that the standard NATO 120-mm Rh-120 cannon does not ensure the defeat of the Soviet T-80. Mostly tried to increase the caliber to 140-mm. However, the caliber of the guns of Western tanks remained the same. Why?

There is an erroneous opinion that the cause of this was the collapse of the USSR, which, they say, eliminated the danger of a collision in a battle with the newest Soviet tanks. In fact, Western experiments simply did not succeed. The increased energy of firing large-caliber guns did not allow to achieve the required accuracy of firing. In addition, massive weapons and ammunition, which increased its volume, prohibitively increased the weight and size of the already heavy and large Western machines (with a large silhouette, therefore, representing a good target). And the only successful Western experience of increasing the power of tank guns was the German gun Rh 120 / L55, which, like the domestic 2А82, retained its former caliber.

A further increase in the firepower of tanks will not necessarily be associated with large calibers. One of the most promising areas is the development of the so-called electrothermochemical guns (you can read more here and here). Such studies are carried out with us. However, at the moment, the main tank armament should be improved not by geometric dimensions, but by the quality of the control systems and ammunition.

Thus, the Armata will receive for its gun a whole line of new ammunition, including with the adjustment of the trajectory, with a remote undermining, as well as a new complex of guided missile weapons. This will increase the possibility of "Almaty" in the fight against both enemy armored vehicles and other targets. Including those scattered over a certain area and airborne (with aircraft). It will be possible to judge the characteristics of the weapons control system (FCS) of “Almaty” when this information becomes more open. But judging by the interview of a recognized expert in the field of armored vehicles, Viktor Ivanovich Murakhovsky, it will meet all modern requirements:

“The basic principles of a modern tank control system are clear: multichannel, composite image based on channel synthesis, a fully digital ballistic path, integration with automated control systems with external targeting (i.e., enhanced capabilities of the hunter-gunner mode), augmented reality, and issuing ammunition in the field management of LMS from external sources, and so on ... From a design point of view, there seems to be no problem. The parameters listed by me were born in our design bureau. I think the ASC (automatic target tracking) is a necessary element. It allows you to eliminate human errors from the moment of capture of the target. It is expensive, because in battle, under enemy fire, the reaction time and accuracy of the gunner’s actions are reduced several times compared to the field conditions. ”

Further. Much is also known about the layout of the tank. The engine compartment (MTO) will be traditionally located - in the stern of the hull. This, of course, will upset many armored vehicle lovers who were hoping for the front-line location of the weapons and military equipment, by analogy with the Israeli Merkava. Here it is necessary to note that, apart from the Merkav (created for very specific theater engines) and several experimental machines, the front arrangement of MTO is not used anywhere. Yes, the engine protects the crew from direct shelling into the front of the hull. But overweight front of the machine has a bad effect on its patency. Actually, therefore, all domestic and Western tanks, designed for maneuvering actions on all types of soil, have a rear arrangement of logistic support. A sufficient protection of the front of the case can be achieved not only with the engine.

And here "Armata" is something to boast. The crew will be placed in an armored capsule located in front of the hull and isolated from the crew compartment. A tower with the main armament - will be uninhabited. Under it will be located ammunition and automatic loader mechanisms. This is almost an inevitable decision, because modern anti-tank weapons tend to hit the tank in the least protected upper hemisphere. Increase armor over the tank is almost impossible. And the only rational way out would be an attempt to “hide” the crew under the protection of the uninhabited weapon module. The tank turret also accounts for most direct hits from anti-tank weapons. And, if the goal is to increase the survival of the crew on the battlefield, one cannot get away from an uninhabited fighting compartment.

The isolated crew accommodation has its drawbacks. But, in my opinion, they are not quite where the critics are trying to find them. The effectiveness of the tank, among other things, will depend on how well the crew can maintain a “sense of presence” on the battlefield, make observation of the battlefield as high as possible, and target detection is fast. Here, of course, much depends on the observation devices and on how fully they allow to display the environment. It seems that with the current level of technology, it is quite possible to make the crew’s information field fairly saturated.

If the crew’s awareness of the environment is sufficiently high, and the controls are not “mechanically-manual”, but still modern, the problem of “crowded” placement of the crew in an armored capsule becomes more far-fetched than real. Thus, the respected Alexey Khlopotov (Gur Khan) cites the opinion of an unnamed German expert who considered the space of the armored capsule sufficient only for drei kirgisische Zwergrabauken (three small Kyrgyz). I just want to ask an unknown German expert: let me, when will the crews of German tanks stop loading the gun manually? It is clear that for a hefty German loader you need a lot of space so that he can carry shells from ammunition with his hands. But "our Kyrgyz" do not have to do this at all. Try to imagine, dear German expert, at least theoretically, that this operation can be carried out by pressing a button. I understand that it is difficult to imagine. But you know, we have been using automated tank gun loading for several decades now. And the “manual loader” is simply not in the crew. Technical progress does not stand still, however.

Another highly respected and well-known tank expert Andrei Tarasenko, in his blog, reflects on the fact that "... more and more thinking people interested in tank building express serious concerns about the appearance of the promising Russian tank" Armat "...

Anxiety about the appearance of “Almaty” from the Ukrainian specialist in armored vehicles is quite understandable - Russian and Ukrainian tank building have long been competing in foreign markets. Claims to "Armata" with Andrei Tarasenko relate to the layout. The accusation was caused by the same armored capsule, which, in the opinion of the respected expert, has “unsatisfactory crew protection indicators, poor living conditions of the crew in cramped conditions, the lack of a static view from the commander’s position, even within the front hemisphere, the commander’s and gunner’s visual channel” .

To prove the poor security of the crew in the armored vehicle "Almaty", Tarasenko cites two other layout options, which he says are hypothetical (picture). Without going into the shortcomings of "hypothetical" alternatives, we will look at the scheme for booking these three layouts, depicted by Valery Mukhin. It clearly shows that the security of the crew when firing a direct shot weapon from a heading angle to 30 degrees in the layout of “Armata” is the best.

What can be agreed with is the impossibility of visual aiming. It can be said that in some situations the commander has to observe the situation directly, leaning out into the open hatch. On the "Armata" is impossible. However, this tank should become a qualitatively new combat vehicle, and not a simple improvement of the old layouts and schemes.

But in order to understand how much it will correspond to modern hostilities, we will have to separately consider the conditions in which Armata is to act. It will also allow once again to discuss the question of how relevant a type of weapon will be a battle tank in the near future in general.

About this - in the coming days.