"There is a lot of work there." The historian told what the servicemen of the scientific unit can do in the archives of the Ministry of Defense 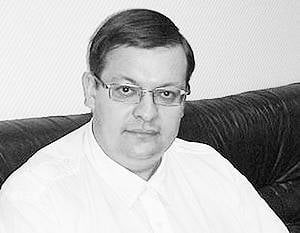 “You can show the real achievements of the Red Army on the battlefield, which will be the best answer to those who said that the Red Army is an unorganized crowd,” so military historian Alexey Isaev explained to the newspaper VIEW his understanding of the meaning of scientific companies. The servicemen of one of them, as envisioned by the leadership of the military department, will also work in the Central Archive of the Ministry of Defense.


Scientific companies created in the Armed Forces will conduct scientific activities in the line of the humanities, Nikolai Pankov, state secretary, said on Wednesday.

“We are working in this direction. A very important area is sociology, psychology, история. We are working on the possibility of creating a small unit at the Central Archive, ”he said.

According to him, these specialists will study, first of all, the history of the Second World War, their scientific activity will be connected with the argumentation of those historical falsifications that today have become widespread both in Russia and abroad.

The newspaper VIEW turned to the historian Alexei Isaev, who specializes in the history of the Great Patriotic War, with a request to tell you about the benefits that the service of such a unit can bring.

VIEW: Alexey Valerievich, how do you feel about the initiative of the Ministry of Defense to send a scientific department to the archive?

Alexey Isaev: I think they can be used for the necessary and useful work, which is the completion of the database "Feat of the People" and "Memorial". There is a lot of work. What has already been done is a great deal of work and is very useful for both ordinary citizens and professional historians. These databases are a legitimate source of pride of the Ministry of Defense, and if this work is developed and deepened, it will be a great positive effect from the use of people qualified and able to handle complex data digitization techniques.

VIEW: The Deputy Minister mentioned that the military will be involved in scientific work related to countering falsification ...

A. I .: For students of humanitarian universities, there is no end of work on the study of certain controversial issues. For example, there is such work as collecting complete statistical data for the entire war on the security of the Red Army with small arms in order to once and for all close the question of one rifle for three, ten, etc. On the activities of such units as penal battalions, their role.

Another, narrower and very difficult task is the formation of such an array of data, which can be called "real feats". It is no secret to anyone that, unfortunately, those episodes of war that became widely known often appeared during the war and were the product of propaganda work, while there are a lot of real achievements and feats that were difficult or impossible to reveal hot on the heels of the forces of journalists, but quite capable of historians. You can show the real and weighty achievements of the Red Army on the battlefield, which will be the best answer to those who said that “the Red Army is an unorganized crowd”, “constantly ran away from the battlefield,” that is, what may be called falsification of history.

VIEW: What professional requirements should meet those who can be entrusted with such work?

A. I .: If you take the work on digitization, then a person can do it immediately after school. More complex things, such as optimizing the databases themselves and increasing the efficiency of searching them, require students with technical education, with certain programming skills. As for the humanities, this should be third-fifth year students, when there are already certain skills of historical work. Archival, memorial work, the implementation of real tasks will be the best practice for children.

VIEW: Shoigu promised that "thieves" will not fall into such units. In your opinion, is the likelihood that they will be idlers who want to do light service?

A. I .: There is such a probability. But still this kind of work. “Light service” - these are positions that do not require a result. It also requires a very real result, so many cards or sheets scan - this is the result that you can ask.

VIEW: If a soldier is assigned to write a scientific work, but he did not do it, what is his risk? He is not expelled from the army, the service life is ...

A. I .: They will impose a penalty, they will not let go to the city, etc. There are always leverage. The question is that the abilities and skills of people to start service should be used rationally. Because otherwise, a person will set up computers and printers in the headquarters, or draw posters, or do something else that does not bring a direct obvious service to the Fatherland.

VIEW: It is obvious that the Ministry of Defense is interested not only in scientific truth itself, but also in some kind of propaganda. How effective, in your opinion, will this propaganda function be implemented?

A. I .: If there is some knowledge that is widespread, then responding to the attacks of falsifiers becomes much easier. Take the example of losses in the Great Patriotic War. At the turn of perestroika and the new state - the Russian Federation - Krivoshein's work, “The Grief of Secrecy was lifted”, appeared, in which statistical data is given: it is known that 34 million people passed through the army. It is clear that it is impossible to write above a certain loss limit. The army, through which 34 million people have passed, cannot lose 40 million.

The best propaganda is to tell people the truth. When it is possible to find, formulate and present this truth to the public, this will be the best propaganda step. Do not confuse propaganda and lies. Sometimes we are confused - to lead propaganda, we must lie. But this is obviously not the case.

There is a site of the Ministry of Defense. Wishing to enter, dials the query "Gastello." He is given an article from facsimile documents. "Defense of Stalingrad." Statistics are issued. When we have internetization going forward by leaps and bounds, the ability to go to the website of the Ministry of Defense and get an answer to the question is very important. If scientific companies are used for this, it will be of great benefit.

VIEW: What do you think, how many calls will there be enough work for such units?

A. I .: They will definitely have a job before 2045. There are so many. The same lend-lease, the real role of foreign technology in our army. This is a work for several doctors. There is a lot of rough work, when you need to thoroughly examine huge arrays of documents, sift certain information, then squeeze out of it all.

In addition, let's not forget that now is the time when it will be necessary to deal with Afghanistan, and the history of the Armed Forces of the country for the 20th century as a whole.

Ctrl Enter
Noticed oshЫbku Highlight text and press. Ctrl + Enter
We are
What you didn't want to know about EnglandMilitary reform as an integral part of the security concept of the Russian Federation: Systematic dynamic assessment
29 comments
Information
Dear reader, to leave comments on the publication, you must to register.