The main center of space exploration celebrated its 25 anniversary

July 11 2013
12
The Space Monitoring System (SCS) is a special strategic system whose main task is to monitor artificial Earth satellites and other space objects. This system today is part of the aerospace defense forces of Russia and maintains the Main catalog of space objects. The SSS is designed to provide information support for the space activities of Russia and counteract the means of space reconnaissance of our potential adversaries, as well as assess the danger of the space situation and bring all this information to the end user.


It is worth noting that with the launch into space of the first artificial Earth satellite in stories humanity began a new era. Quite quickly, the progressive world community realized that the use of outer space opens up new, unprecedented horizons for solving a wide range of research, economic and military-applied problems. The exploration of space in the foreseeable future opened up the possibility for earthlings to control the actions of various countries and international organizations in outer space.

Leading powers quickly realized this and work on the creation and design of radar (decimeter and meter ranges), radio, optical-electronic, optical and laser means of tracking space were deployed in the USSR, the USA and China already in the middle of the 1950-s. The country tried to devote much attention to works of military applied nature. Therefore, comprehensive studies were conducted of the likelihood of active opposition to the enemy both in space and from space. In the USSR, missile attack (APN) and anti-space defense (PKO) warning systems were introduced into the USSR. For the information support of their joint activities, the Space Control Service (SCP) was created, the main tasks of which were carried out in the Space Control Center (CSC), which was specially created for these purposes. 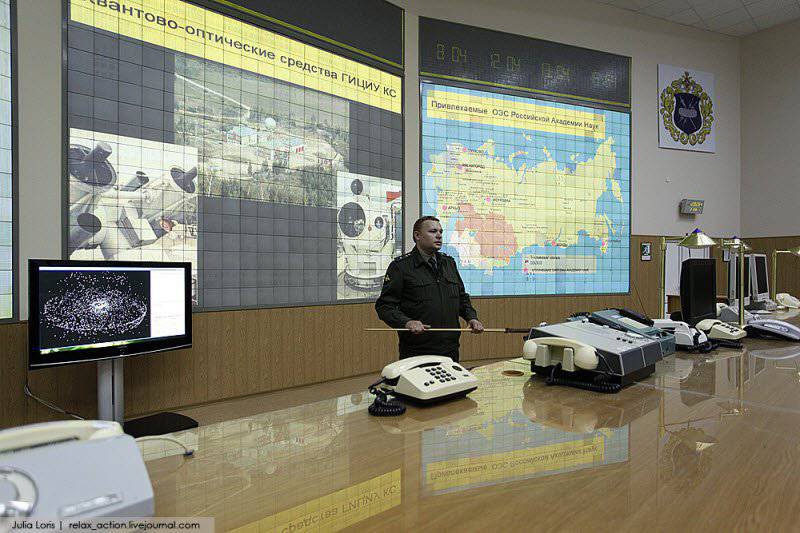 Prior to 1988, the Outer Space Monitoring System included the Outer Space Monitoring Center (CCC), in which a catalog of detected and followed space bodies and systems was created and maintained in perfect order. The CSCU processed the incoming information, combined non-vector and trajectory data from various sources of information in order to determine the exact parameters of recognition and movement of space systems and objects. In recent years, the CCKP has experienced the 2-e modernization of the hardware complex (Elbrus-1 and Elbrus-2), as well as the associated algorithmic systems. In addition, the system includes new radio engineering, radar, optical means of detecting and recognizing high-orbit and low-orbit space objects, as well as objects located in geostationary orbit.

By the beginning of 1990's, it became absolutely clear that the existing control system required its own organizational design. The CCS, which at the time was the backbone of the SCCU, had neither the capacity nor the power to manage such a versatile system with the deployment of its own funds in a vast area of ​​the state. There is a need to create a special connection. At the same time, work began on the formation of a corps of control of outer space (KKP), as well as anti-space defense (PKO) as part of the USSR Air Defense Forces. The directive of the General Staff of the Armed Forces of the Soviet Union from 17 June 1988, the staff of the headquarters and the management of the KKP corps and PKO was approved. The command post, the TsKKP, as well as specialized optoelectronic and radar surveillance and anti-space defense equipment were included in the compound.

The first commander of the compound was Colonel A. I. Suslov, who later rose to the rank of lieutenant general. This compound can be considered unique both by the solution of the tasks assigned to it and by the composition of the various means used in it. The division is engaged in information support for solving some combat tasks with anti-space and anti-missile defense systems. Particular attention is paid to issues related to ensuring the launch of Russian spacecraft (SC), as well as assessing the situation along the flight path, the safety of orbital flight, and warnings of possible dangerous proximity to any space objects. Timely informing important military facilities and military units about overflights of foreign reconnaissance satellites, which helps to ensure the secrecy of many important works to increase Russia's defense capability. 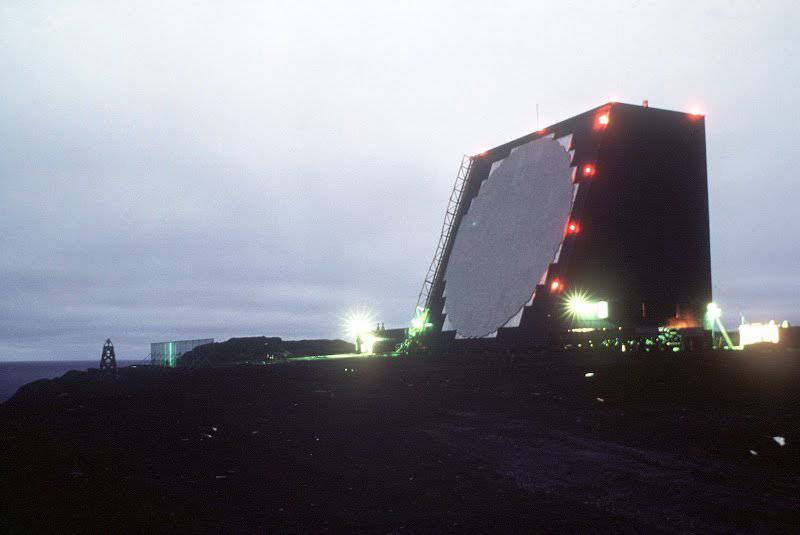 Subsequently, the corps was transformed into a separate division of the PAC, which became part of the rocket-space defense army. In the course of the reform, the compound was transformed into the RKO Space Center - the Main Center for Space Intelligence. In the past few years, this unit has been able to replenish its own means of controlling space, as well as to strengthen information interaction with other parts of the aerospace defense forces, in particular with radar missile defense systems and rocket attack warnings. At present, the GC RKO includes:

- KP, coupled with consumers and sources of information SSS;
- the optical-electronic complex "Window", located on the territory of the Republic of Tajikistan as part of 2-x tracking stations, 4-x detection stations, as well as command and computing point;
- ROKR - radio-optical reconnaissance complex of low-orbit space objects “Krona”, located on the territory of the North Caucasus as part of the centimeter-range radar, the UHF radar and command and computing point;
- the radio control complex of the emitting spacecraft "Moment", located in the suburbs. 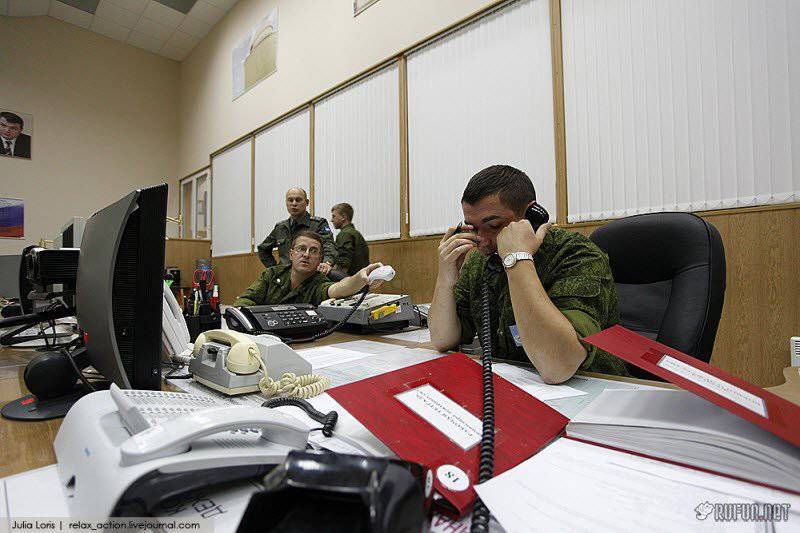 GC RKO is the center of understanding the processes that occur in space. The role of this center is especially increasing in case of emergencies in orbit when a Russian spacecraft is in distress. In this case, no one, except for the CCP connection, is not able to accurately inform where the spacecraft is located and how it behaves in near-Earth orbit. During the adoption of the weapons, the CCCU has demonstrated its high level of efficiency.

In its time, the UCCS discovered the American shuttle and the Chinese Chikom series artificial satellites, the first experiments in the framework of the PIO Delta-180 program, provided the test control for the American ASAT anti-satellite system. With its help, areas of the fall of the Cosmos-1402 satellite in the Atlantic Ocean not far from Ascension Island 7 February 1983 and the Cosmos-954 Satellite with nuclear installation aboard 24 in January 1978 in the deserted area in Canada were identified. In 1985, with the help of information received from the SSS, the domestic transport spacecraft Soyuz T-13 with cosmonauts Savinykh and Dzhanibekov was brought to the multi-ton Salyut-13 space station, which was doomed to fall with unpredictable consequences. As a result, the station was saved. Also, the SCCU with the means of connection conducted work on the safe flooding of the Mir station.

The government highly appreciates the work of the personnel of the units. Over the years, awarded orders and medals of the USSR, and then Russia, more than 200 people. Also, the CCCU was awarded the pennant of the Minister of Defense of the USSR "For courage and military valor." Parts of the compound were awarded many times with the passing banners, marked by the leadership of the armed forces as the best in the country's armed forces. 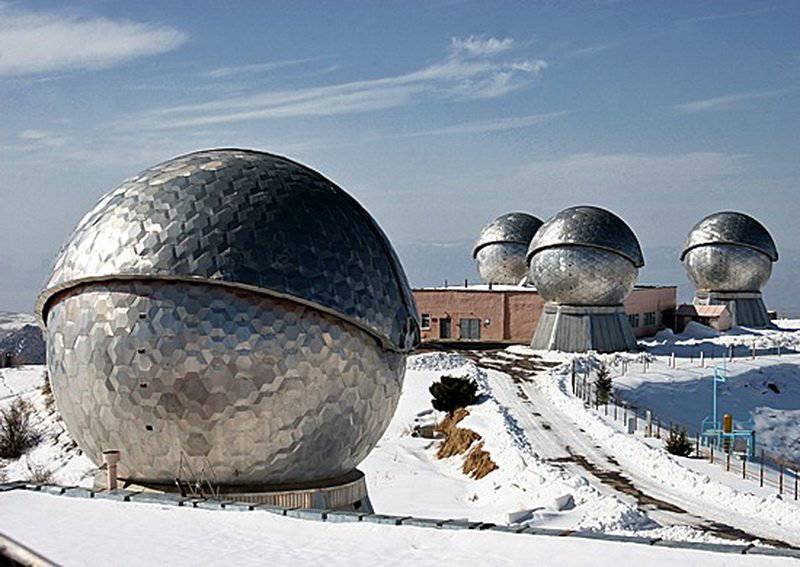 The main center for the exploration of the space situation meets its 25 anniversary in the conditions of its further improvement. In the near future, new promising means of observation (both optoelectronic and radio engineering) should become part of the Main Center. With the commissioning of the Voronezh-type radar network, the flow of orbital measurements from the Main Missile Warning Center will increase significantly, which in turn will require modernization of the algorithmic system, as well as massive use of new computing tools, including more powerful PCs. Nowadays, the GCC RKO continues to exercise control over outer space, solving the combat mission assigned to it, as well as being one of the most advanced units of the EKR Troops.

Before 2020, Russia intends to build 4 new stations of the SCC that will allow the military to form a catalog of space objects, surpassing the similar American catalog created by NORAD. True, the Ministry of Defense of the Russian Federation is not going to open this catalog for the general public. 2 new space monitoring stations will be ready by 2016 year, they will be built in the Moscow region and the Far East, 2 stations will be ready for 2020 year - in Siberia and the Urals. The journalists were told by the head of the Main Center for Control of Outer Space Space of the East Kazakhstan Oblast, Colonel Anatoly Nestechuk.

Currently, the NORAD catalog contains about 15 thousands of objects, while the Russian main catalog contains only 12 thousands. At the same time, Americans are able to detect objects in 15 size in space, see, while their Russian counterparts are at least 20 in size. Two times a year, specialists from the two countries exchange catalog data with each other, refining information and checking lists; They have no secrets in this matter. Today, the military is greatly helped by modern computing, which has been completely modernized in recent years. In particular, it provides the ability to extend an existing directory to 30 thousands of objects. 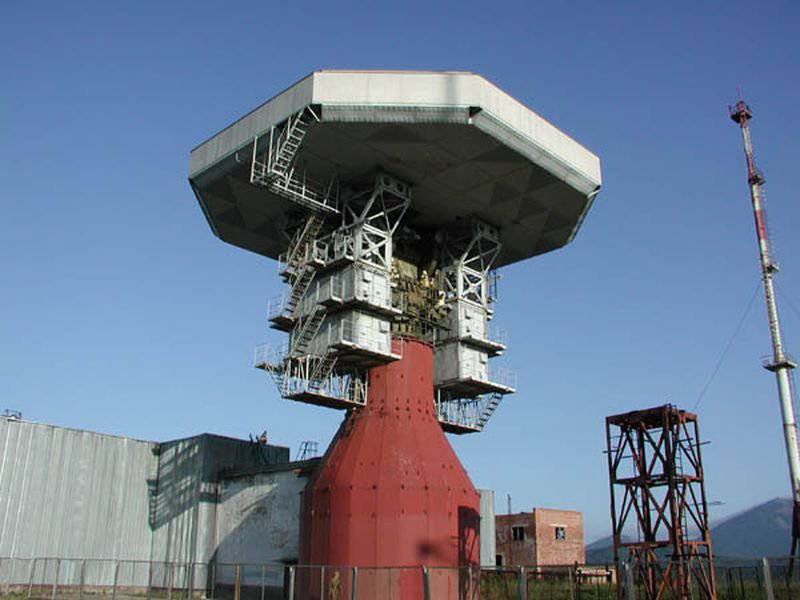 Currently, the number of Russian stations that control space, laser-optical, radio and optical-electronic - is inferior to the US system. But by the 2020 year, with the introduction of the 4-x new stations, the Russian military expects to establish permanent control over the near-Earth space for “all inclinations and all heights." At the same time, Nestechuk told reporters that seeing objects from 10, see and less is a very significant problem for us and for Americans. Speaking about the prospects of Russia, he noted that within the framework of the development of the SSSU before 2020, the construction of new specialized space monitoring tools will be carried out, which will allow tracking and small-sized space debris and upgrading existing complexes. The newly built and modernized stations will allow tracking objects with dimensions already in 10 cm, which will significantly increase the possibilities for maintaining the Main Catalog of Space Objects.

Ctrl Enter
Noticed oshЫbku Highlight text and press. Ctrl + Enter
We are
Since the launch of the first artificial satellite of the moon, 50 years have passedNot a single satellite escapes from the “System of Control of Outer Space”
Military Reviewin Yandex News
Military Reviewin Google News
12 comments
Information
Dear reader, to leave comments on the publication, you must to register.