Europe is preparing a new rocket 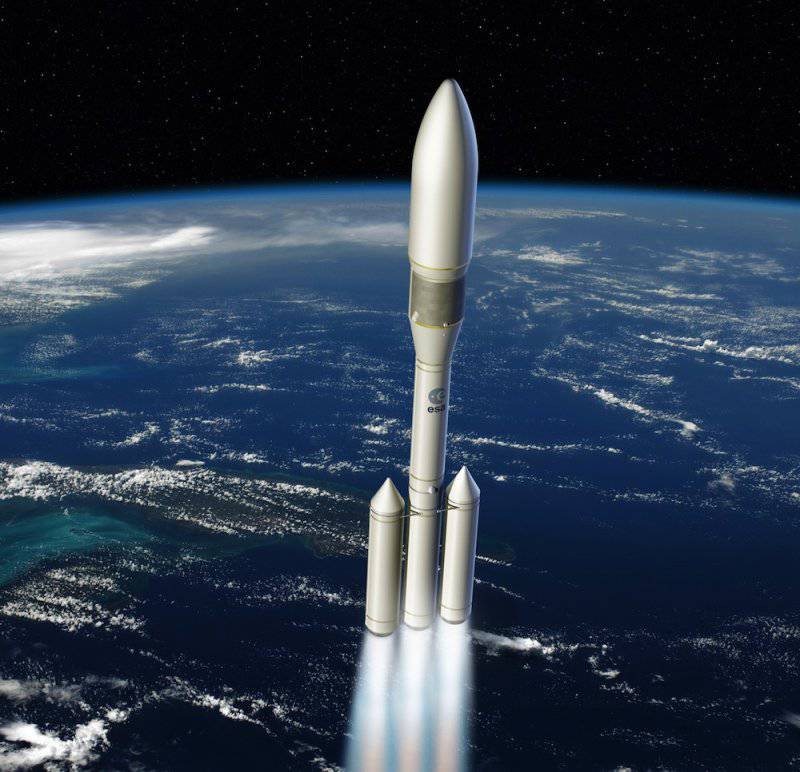 The approved configuration of the future rocket was presented today by the head of the National Center for Space Research (CNES) of France, Jean-Yves Le Gal.


As the head of the French space agency, which is the main developer of the Ariane missiles, stressed, the carrier of the new generation is being created taking into account the requirements to reduce the cost of launches. “One of the main conditions was cost optimization. This configuration has retained the original design of the “Arian-6,” Le Gal said. “It has become the fruit of a broad consensus among all participants in the program.”

According to the head of CNES, the first launches of Ariane-6 can be expected by the 2019-2021 years. In this case, they will be cheaper on 30 percent cheaper than the start of the carriers of the current generation. If the cost of launching Ariane-5 launch vehicle (PH) is 100 million euros, then for Ariane-6, the launch cost will be 70 million euros. The rocket will be able to launch spacecraft with a mass from 3 to 6,5 tons into geopotransfer orbit, which will satisfy both state and commercial customers.

The development of the LRE is coordinated by the French company Snekma (Safran group). As expected, for the first time this type of engine will be tested on the Ariane-5 ME rocket - a new modification of the carrier of the modern generation, the appearance of which will take place no earlier than 2017 of the year.

The new rocket can be launched up to 10-15 once a year, which will require the annual release of the 40-60 RTD.

Work on the family of missiles "Ariane" were initiated by France in the 1970-ies. The current fifth generation of these launch vehicles belongs to the heavy class and allows us to put a payload of up to 10,5 tons into low reference and geo-transient orbits. Since 1996, from the Kourou launch site, 69 launches have been made, of which 65 are successful.

Despite the commercial success of the program, the European Space Agency (ESA) is concerned about the high cost of production of Arian-5, due to which the rocket may soon lose its competitive advantages. At the ministerial meeting of ESA in November 2012, it was decided to allocate 157 million euros for the elaboration of the project of a new rocket, which would immediately replace the “Arian-5” and the Russian “Unions” in Kura. The final decision on the transition to a new generation of “Arian” should be made in 2014 year.

Ctrl Enter
Noticed oshЫbku Highlight text and press. Ctrl + Enter
We are
Project Falcon 9. Successful landing of the first stage and market prospectsAnother satellite crashed without reaching the specified orbit
51 comment
Information
Dear reader, to leave comments on the publication, you must to register.