The Return of Kaluga 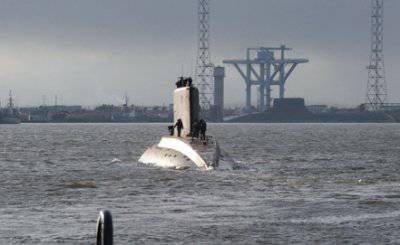 The composition of the naval fleet After the modernization, the diesel-electric submarine Kaluga returned to Russia. She became the first non-nuclear submarine in 20 years, which was repaired by shipbuilders of Severodvinsk. The service life of the submarine is extended until 2023, and on Thursday she will go to the base of the Northern Fleet.


Kaluga "is one of the quietest Russian submarines. He also has other advantages that sailors celebrate. The commander of a diesel-electric submarine, Oleg Mikholap, notes:" The boat showed itself quite well, especially in winter, when we entered the port of Severodvinsk. Despite the fact that the ice was thick 2-30 centimeters, she received no damage. This is a very reliable and good ship. "

Submarine Kaluga arrived in Severodvinsk for repairs back in the 2002 year, but due to the lack of funds to work on it, it began only in the 2010 year. Now the plant is upgrading another diesel submarine, the Vladikavkaz.
Ctrl Enter
Noticed oshЫbku Highlight text and press. Ctrl + Enter
We are
Severodvinsk ships in May will launch the Kaluga non-nuclear submarine of the Northern Fleet after modernization
25 comments
Information
Dear reader, to leave comments on the publication, you must to register.