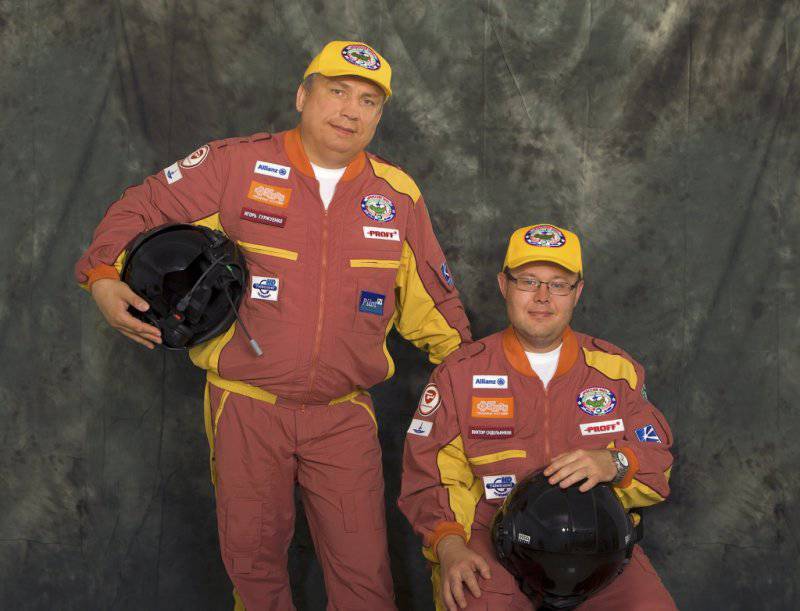 At the Domodedovo airport today they escorted those who at the time to sing an ode about courage. For the first time since the heroic period aviation 1930s pilots will try to cross the expanses of Russia in a small single-engine helicopter.

Most of the route will pass through the deserted and inaccessible areas of the Arctic, Kamchatka and Siberia. And this is despite the fact that the pilots are not professionals at all.

According to NTV correspondent Evgeny Golovanov, when the preparation for this unique expedition was officially announced, and the first information appeared on the Internet, the professional community of travelers, pilots and even ordinary users was divided into two camps.

The first ones stated that this is a real heroic deed, which only courageous people are capable of being like Chkalov. The latter were convinced that this is real insanity. It's no joke, because the two pilots intend to fly around the whole of Russia on an ordinary light single-engine helicopter, intended only for short flights.

They have to overcome 30000 km, three climatic zones and eight time zones. The crew intends to fly to the most extreme continental points of the country: Cape Chelyuskin in the north, Cape Dezhnev in the east. But to the western part of Kaliningrad, will not allow to get the border.

The crew consists of amateur pilots. Commander Igor Gurzhuenko flies for only four years, his flight time is 800 hours. And only half of them in a helicopter. The second crew member, navigator Viktor Sidelnikov, generally has only initial flight training.

The expedition encountered the first difficulties even on the runway: the weather was non-flying, incessant rainfall almost confused all the maps. But the pilots, on the contrary, considered the rain a good omen. 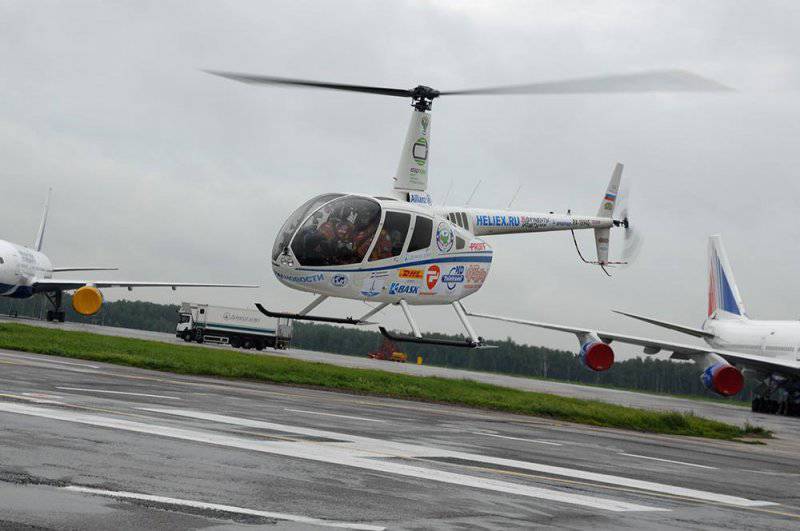 Approximately the expedition will last for about 60 days, anyone will be able to watch its progress. The crew during the flight will keep a photo and video diary, and the reports will be posted daily on the Internet.

Expedition goals
Creation of audiovisual content based on high-quality photo surveys and video surveys of remote and inaccessible corners of Russia: nature, cities and towns, people and sights. Photo and video filming
Establishment of a number of records in aviation and technical sports, as well as securing priorities in achieving a number of specific geographical points of Russia. Logos2
Collection of ethnographic information in order to fix the cut of the life of airfields remote from the economic centers of Russia, as well as to reveal problem areas in the development of general aviation in the country. Celi3
The uniqueness of the project "Russia 360»
The Russia 360 helicopter expedition is an unprecedented event as in stories aviation, and in the modern history of our state. Despite the fact that the organization of the flight is a private initiative, the expedition can be an important and interesting event of the year 2013 in Russia.
Significance of the project

For aviation:
Show the possibility of using modern light aircraft in the regions of the Far North, Kamchatka and Siberia. Secure the priorities of long-distance flights for Russian private pilots.

For Russia:
Expedition has a serious educational function. Most of the inhabitants of our country imagine the northern territories of Russia in the form of black and white shots taken in the middle of the last century. During the “Russia 360” expedition, unique photo and video frames and high quality spherical panoramas made with modern equipment in remote and hard-to-reach places will be obtained. According to the results of the expedition, a book will be published and a film about this flight will be made. These materials will be interesting not only for specialists, but also for children, thus becoming a visual aid on the modern geography of their native country and a contribution to the treasury of the patriotic education of young people.
For the world:
Helicopter expedition “Russia 360” is designed to strengthen the authority of Russia as an aviation power, promote the formation and development of the aviation tourism market in Russia, and also form a positive image of Russia and the attractiveness of its remote territories in the eyes of foreign tourists and investors. The expedition will contribute to the presence of Russia in the Arctic.