"Qatran" for France: the proposal of the expert

July 10 2013
76
A few weeks ago, at the French shipyard in the city of Saint-Nazaire, the laying of the second Mistral type universal landing assault ship (UDC) took place for the naval fleet Of Russia. In addition, at the end of June, Russian shipbuilders from the Baltic Shipyard (St. Petersburg) sent a stern section of the first ship of this type to France. Allegedly, in the coming years, the Russian Navy will receive two new landing ships. On the French-made universal landing craft, both imported and domestic systems and weapons will be used. The latter include a special modification of the attack helicopter Ka-52, adapted for operation on ships. 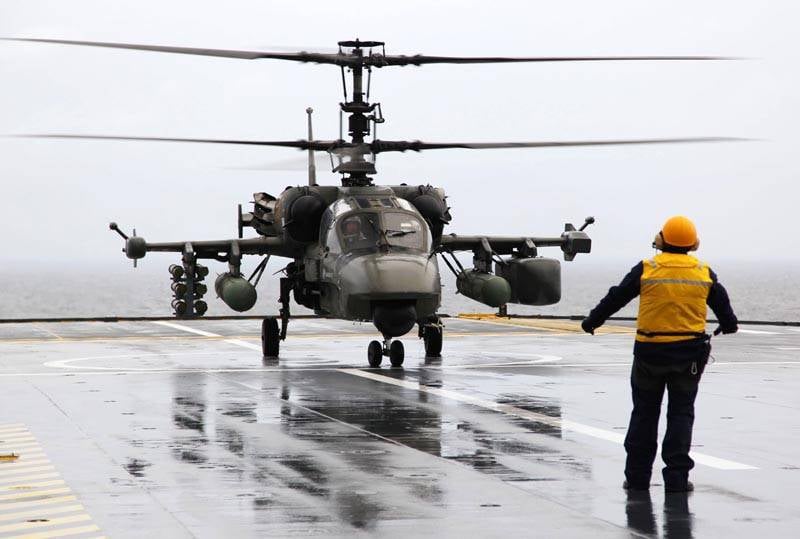 To ensure the possibility of basing the helicopter at UDC, the design of the base Ka-52 had to make some changes. First of all, this is a mechanism for folding the rotor blades and anti-corrosion coating of a number of parts. These and other design innovations will allow the Ka-52K Katran attack helicopter to operate fully as part of aviation UDC groups and carry out the tasks assigned to it. Moreover, all the applied innovations in combination with the initial advantages of the new helicopter provide high combat potential. According to the deputy director of the Center for Analysis of Strategies and Technologies (CAST) M. Barabanov, who is quoted by Interfax, the “bundle” of the Ka-52K helicopter and UDK type Mistral turned out to be very successful, and the integration of Russian helicopters into French-made ships improves both combat capabilities and commercial perspectives of ships.

Based on such features of ships and helicopters, the expert offers an interesting commercial move concerning further Russian-French cooperation in the field of military equipment. According to Barabanov, during negotiations on the construction of the third and fourth landing ships for our navy, the Russian side can raise the issue of a supplementary agreement on the supply of helicopters. In other words, Russia should offer France to purchase a certain amount of Ka-52K model shipborne percussion machines. These helicopters will be able to serve on the Mistral UDC project already present in the French naval forces, and, as a result, increase their combat capabilities. According to the expert, the Russian version of the French universal landing craft, which is planned to be equipped with attack helicopters Ka-52K, in its combat capabilities significantly exceeds their "original version." Mistral with such helicopters is more versatile, flexible and powerful ship.

Each UDC of the Mistral type can carry up to 16 or up to 35 helicopters, depending on their model and type of load. At the same time, Eurocopter Tiger is offered as a helicopter attack helicopter. This rotary-wing machine is equipped with an integrated 30-mm automatic cannon on a rotating turret, and can also carry unguided and guided missiles. At the same time, the Tiger helicopter in the version for France has almost no changes in the design, designed to ensure the possibility of combat work as part of the UDC air group. In addition, if we compare the European attack helicopter with the Russian Katran, it loses in the weight data and, as a result, in the mass of the combat load. Thus, under certain conditions, the Russian Ka-52K helicopter surpasses the European Eurocopter Tiger in its combat capabilities. Such comparison results can be considered as an argument in favor of the hypothetical purchase by France of Russian helicopters. 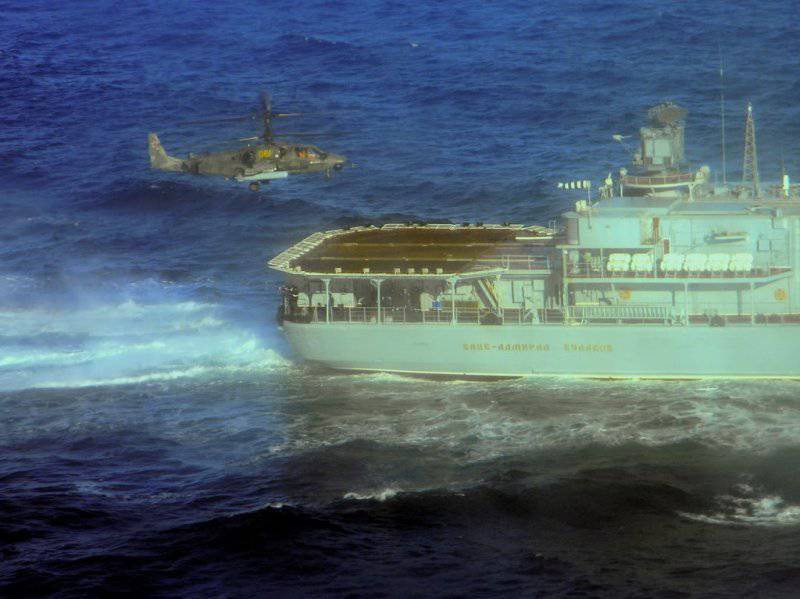 It is worth noting, such a purchase Ka-52K can be useful not only for the naval forces of France. The fact of acquiring Russian helicopters by any large and developed country will undoubtedly attract the attention of many third countries and become a kind of advertisement. As a result of this transaction, the Russian defense industry will receive a kind of recommendation from a European country. Another positive consequences of a commercial nature may be of interest to France. With an appropriate approach to advertising "helicopter" deal, French shipbuilders will be able to promote their UDC on the international market. In this case, the main motive for advertising will be the fact that, together with a modern universal landing craft, a potential buyer will be able to acquire a modern attack helicopter specially designed for work on this ship.

In the future, it is even possible to sign a certain Russian-French treaty, in accordance with which the two countries will work together to supply customers with UDC, initially equipped with the necessary helicopters. Currently, several dozen countries are showing their interest in the subject of universal amphibious ships, and the French shipbuilders are unlikely to miss such a chance to earn money on export supplies. Together with them can earn and Russian helicopter. An additional advantage of the Ka-52K in the international market will be the fact that all types of attack helicopters, originally intended for use on ships, can be literally counted on fingers.

And yet, the proposal for the supply of Ka-52K France will not appear today or tomorrow. Negotiations on the construction of the third and fourth "Mistral" for the Russian fleet will begin only after a few years: after the Russian naval seamen have received and mastered the first two ships. In addition, the proposal of M. Barabanov can easily break about international agreements concluded by France. With all the advantages of the Russian Ka-52K helicopter, its prospects in this regard are ambiguous due to the participation of France in the Eurocopter consortium. In other words, the official Paris can refuse, expressing a desire to support domestic producers and related companies from neighboring countries.

However, Russia should still offer its production helicopters to the French side. Regardless of the response from France, such a proposal would be an additional advertisement of domestic helicopters, which in the future could have the greatest positive consequences for the entire industry. 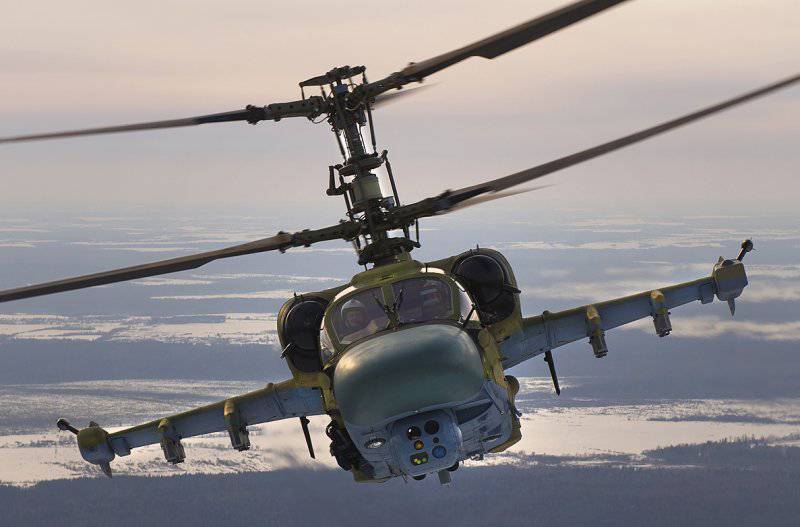