There are no analogues to Ukrainian aviation enterprises in the world - M. Lutsky 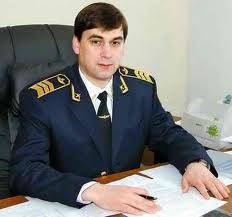 Ukraine has powerful manufacturing capabilities in the field of aviation, which have no analogues in the world. About this in the comments UNN said Chairman of the Supervisory Board of the National Aviation University Maxim Lutsky.


"Ukraine is one of six countries in the world with full aviation the cycle is the training of specialists, and production, and design bureaus, and operation, etc. In terms of operation, Ukraine has always occupied leading places. Today we have powerful production facilities - these are Odessa, Kiev, Zaporizhzhya, Kharkov plants. There are no analogues in principle in the world today. We have service aircraft from Russia, Kazakhstan and from all the neighboring countries, "said M. Lutsky.

Recall, the State company Ukrspetsexport won a tender for the provision of services for the repair and modernization of MiG-21 aircraft for the Air Force and Air Defense of the Republic of Croatia.

Ukrspetsexport will provide Croatia with repair services for 7 MiG-21 aircraft. Repairs will be carried out at the facilities of the state enterprise Odesaviaremservice, which is part of the State Concern Ukrobronprom. In addition, the Croatian Ministry of Defense will purchase in the Ukrspetsexport Group another 5 repaired MiG-21, which are the property of Odesaviaremservice LLC.

Ctrl Enter
Noticed a mistake Highlight text and press. Ctrl + Enter
We are
MiG-29М / М2 and MiG-29К will become MiG-35?If India is left without a MiG-35, it is still unknown who was lucky
78 comments
Information
Dear reader, to leave comments on the publication, you must to register.