“We must improve relations with Russia, despite past events” 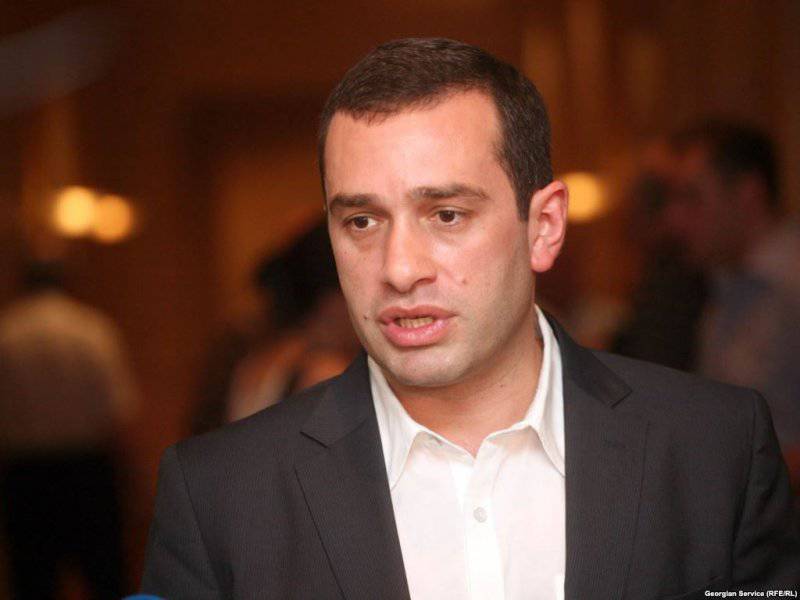 Georgian President Mikhail Saakashvili caused a small international scandal. He stated that the secret codes of the Hermes 450 unmanned aircraft, purchased by Georgia from Israel shortly before the August 2008 war, were transmitted by the Israelis of Russia. Observers immediately tied this statement to the failure of the Israeli purchase negotiations. weaponswhich, according to a number of media reports, were led by opponent Saakashvili, Prime Minister Bidzina Ivanishvili. The correspondent of “NI” talked with the Georgian Minister of Defense Irakly ALASANIA about this, as well as about the defense policy of Georgia.


- Please comment history with the failed purchase of "UAVs" and anti-tank missiles from Israel by Georgia.

- Georgia at this stage does not need additional weapons, and the recent visit of Prime Minister Ivanishvili to Israel was not related to the purchase of weapons. I myself have already said in this regard that we are no longer in a state of war with Russia and there is an opportunity to promote defense cooperation with Israel. This was exactly what was going on during Mr. Ivanishvili’s visit to Israel, but this visit was not focused on the purchase of weapons by Georgia.

- The issue of impeachment of President Saakashvili is being seriously discussed in Georgian society. For his early resignation expressed and many members of parliament. A question for you as a longtime opponent of the president and one of the members of the Prime Minister’s team: will there be an impeachment?

- I think we should wait until the presidential election. They will be held very soon - in October of this year. Then the people will say their word. Now people must suffer. No need to hurry. The procedure for dismissing the head of state is so complicated that it will take at least a year. This is a collection of signatures, and the court, and a second vote in parliament. For impeachment you need to collect the signatures of 50 deputies, this is a third of all members of parliament. Then a request for impeachment is considered by the Supreme Court (if the head of state committed a criminal offense) or the Constitutional Court (if he violated the constitution). Within a month, the judges pass their verdict, which must then be finally approved by at least 100 deputies. So everything is very difficult.

- Is it true that Georgia this spring increased the number of those called up for military service? This was reported by Russian media. If the call was really increased, then what is the reason? Is Georgia preparing to fight with someone?

- This is incorrect information. This year, on the contrary, we have reduced the number of recruits, although at the same time we are increasing the number of “contract soldiers”. This is being done within the framework of the military reform begun by the previous government, so that by the end of 2016, the beginning of 2017, the Georgian army will completely switch to a contractual basis. Today, 75% of all military personnel are professional military, and 25% are conscripts. Simultaneously with the reduction in the number of recruits, we plan to increase the number of reservists by changing the reserve system itself: it will be of three types - combat, territorial and civil. As a result, we want to create modern armed forces in Georgia that will meet all NATO standards. Their main goal will be to protect the sovereignty and territorial integrity of our country, as well as participation in international operations.

- At a recent meeting of the Georgia-NATO Council, Ivanishvili confirmed that part of the American troops would be withdrawn from Afghanistan to Europe, including through the railways of Azerbaijan and your country. Will American soldiers soon appear in Georgia?

- Indeed, such a route for the withdrawal of international troops from Afghanistan was approved. The project is planned to reconstruct the railway section Akhalkalaki-Marabda-Tbilisi, which will increase its throughput to 15 million tons of cargo per year. In addition, in Akhalkalaki, it is planned to build a point for the transfer of trains from the 1520 mm to the “European” gauge (1435 mm) existing in Georgia. We expect that annually 30 million tons of cargo per year will be transported via the Baku-Tbilisi-Akhalkalaki-Kars highway. The new message will not only connect the railway systems of the three countries (Georgia, Azerbaijan and Turkey), but also allow for the transportation of goods from China and the Central Asian republics to Europe.

- And what about another project, which you supported as well? I mean the restoration of the railway from Georgia to Russia through Abkhazia.

- Personally, I have long been, back in 2005 year, talked about this and advocated the implementation of this project. But now, probably, not the best time for this, as they say, he should “ripen”. And when the time comes, it will definitely be implemented. My task as Minister of Defense is to prevent in the future a new escalation of relations between Russia and Georgia. The line pursued by the new Georgian government is distinguished by pragmatism. This is extremely important for us, because we have to improve relations with Russia, despite past events.

- At the beginning of last month, a suicide bomber attacked a Georgian base in Helmand province in Afghanistan, killing seven soldiers. After that, a video appeared on the Web allegedly from the Taliban threatening Georgia ...

“For our part, we carried out a thorough investigation of the incident.” Also, a similar investigation is conducted by the command of NATO forces in Afghanistan. According to preliminary estimates, it is quite possible to argue that this attack was not directed directly against the Georgians.

Ctrl Enter
Noticed a mistake Highlight text and press. Ctrl + Enter
We are
Nino Burjanadze: "I am not for the West and not for Russia. I am for Georgia"Nikolay Silaev, Andrei Sushentsov: Georgia after the elections and prospects for Russian-Georgian relations
63 comments
Information
Dear reader, to leave comments on the publication, you must to register.