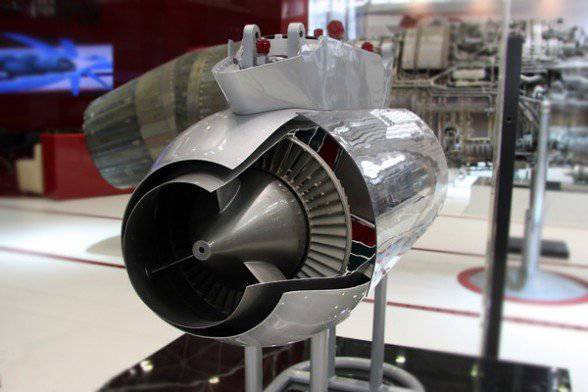 NPO Saturn and Raduga GosMKB named after A.Ya. Bereznyak signed a contract completing the formation of the NPO Saturn production program before 2015 for serial deliveries of engines for unmanned aerial vehicles. The term of the contract - 2013-2015 years.

The first serial supplies of engines for drones for the Raduga GosMKB them. AND I. Bereznyak "NPO Saturn began in 2008 year. The volume of the first contract for the supply of 2008-2010 years was less than 1 billion rubles. Within the framework of the first contract, not only the mass production of small-sized engines at NPO Saturn was tested, but also cooperation with Russian suppliers of purchased components and blanks.

The further program of serial deliveries of small-sized engines for JSC "Raduga" GUSMKB named after A.Ya. Bereznyak "was divided into the 2 contract. The first of these was concluded in the 2011 year with the implementation period of 2011-2015. The negotiation of the terms of the second contract was completed in the second quarter of 2013 of the year and ended with the signing in July of 2013 of the year.

The total amount of two contracts concluded between NPO Saturn and JSC GosMCB Raduga for the supply of engines for UAVs from 2013 to 2015 exceeded 4 billion rubles. Relative to production volumes in 2010-2012, the 2013-2015 production program has increased 3,5 times.

Such a significant increase in supply volumes was possible due to the implementation of the import substitution program and a set of measures for the preparation of production. NPO Saturn in the framework of the Federal Target Program “Development of the Military-Industrial Complex of the Russian Federation” carries out preparatory work, including the construction of new production buildings and the introduction of high-performance equipment, recruitment and training of qualified production and engineering personnel.

In order to consolidate the development and serial production of engines for UAVs, the management of enterprises decided to merge OAO NPO Saturn and OAO OMKB Omsk, which is also a developer and manufacturer of engines for UAVs. There has always been close cooperation between enterprises in the area of ​​industrial cooperation in the manufacture of parts and assembly units, the scale of which will increase significantly after the merger, and a program to consolidate the procurement of components, materials and blanks is also being implemented.

Formed portfolio of orders and implementation of measures of the Federal Target Program “Development of the defense industry complex of the Russian Federation” derive NPO Saturn to mass production of engines for UAVs, comparable to the scale of production that existed before the collapse of the USSR.

// This is how "without noise and dust" goes the process in the direction of drones, in which we, unfortunately, are well behind.

Ctrl Enter
Noticed oshЫbku Highlight text and press. Ctrl + Enter
We are
Developments in the field of small-sized UAVs with vertical takeoffFrench UAV Harfang based on Niamey in Niger (photo report)
Military Reviewin Yandex News
Military Reviewin Google News
30 comments
Information
Dear reader, to leave comments on the publication, you must to register.