Why is the country with a developed tourist business reeling? 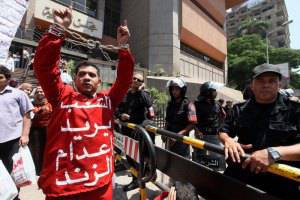 Recently, the world news replete with data on the manifestation of hotbeds of tension in various points of our planet. Not a day goes by without reports that excitement has manifested itself in another country, each of which is associated with a specific reason. A strange trend in the current year has manifested itself in countries with rapidly developing economies. We are talking about Turkey and Brazil. And if in Brazil, unrest was caused by unresolved social issues, then Turkey continues to be shocked by the scandal that turned out to be related to environmental issues. If the viewer turned on his TV and tried to find out news in Ukraine and the world, then in the first part of the news reports one could get information only about the Turkish events.


Is there a connection between the Turkish events and the onset of the holiday season? Some experts argue that if there was no such connection originally, now it shows itself for sure. According to estimates by Turkish economists, the financial system of this state, which receives a high income from the tourism sector, lost only 1,2 a billion dollars in the last month because people refused to travel to Turkey and preferred other tourist destinations. One of the areas that has become particularly popular with tourists who have decided this year not to visit either Turkey, uncontrolled Egypt, or agitated Brazil is in turmoil, can be called the southern coast of France, Spain, and Monaco.

If you look at this situation from a geopolitical point of view, it turns out that the European Union won from unrest in a number of countries with a developed tourist sphere. This gives reason to think whether the unrest has been triggered simultaneously in three countries of the world at the same time, because there are certain structures to which this state of affairs is very advantageous? Behind the turmoil in the same Turkey there may well be forces that have turned an environmental protest into unceasing riots, which often result in bloody clashes with government officials.

If we assume that the new unrest has its own scriptwriters, then we can assume that the same scriptwriters will try to work out the next version of the theory of controlled chaos in other areas.
Ctrl Enter
Noticed oshЫbku Highlight text and press. Ctrl + Enter
We are
Unity team - winners of the second season of Wargaming.net League Gold Series
Military Reviewin Yandex News
Military Reviewin Google News
3 comments
Information
Dear reader, to leave comments on the publication, you must sign in.