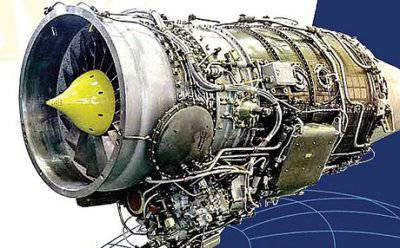 Russia may have promised not to sell its weapon India’s main rival is Pakistan, but this country receives some key Soviet-Russian technologies, directly or indirectly, secretly through China, which threatens the security of India, reports newindianexpress.com on July 7.


One such example is the supply of JF-17 fighter engines through China. Much to the chagrin of India, Russia has given such consent.

Developed jointly by China and Pakistan, the light combat aircraft JF-17 is equipped with the RD-93 TRDDF (pictured), created on the basis of the RD-33, with which the MiG-29 fighter is equipped. Pakistan intends to get up to 150 engines of this type.

In August, 2007, Russia signed a contract to re-export 150 engines from China to Pakistan, although it still denies these plans.

These 150 power plants for single-engine JF-17 can easily be counterbalanced to the three squadrons of the MiG-29 (65 machines) of the Indian Air Force, which are located on the border with Pakistan at Adampur airbase. India acquired the MiG-29 in the former USSR at the end of the 1980-s, and is currently modernizing them together with Russia.

Not surprisingly, with the sale of JF-17 fighters and RD-93 engines to Pakistan, 2008-2012 became the world's fifth largest supplier of military equipment, although five years ago it was the world's largest importer of weapons. "China, however, does not sell Russian military equipment as a finished product, but supplies Russian components as part of Chinese equipment and weapons," a senior officer in the Indian armed forces said. According to the SIPRI report of the Stockholm Institute for the Study of the World, over the above period, China has increased its exports of weapons and equipment by 162%, of which 55% falls on Pakistan.

Pakistan also imports other types of Chinese military aircraft, submarines and frigates, most of which have equipment that is either manufactured in Russia or is a Chinese modernization of Soviet-Russian weapons systems. Over the past five decades, China has used technologies left by the USSR.

Another key source of Soviet equipment is Pakistan’s Chinese long-range radar detection and control aircraft (AEWS) ZDK-03 Karakoram Eagle. Although the radar system installed on this aircraft is a Chinese design, the Y-8 aircraft is based on the technology of the Soviet An-12 transport aircraft. At present, China is fulfilling a contract for the supply of four DRLO aircraft of this type. China produces An-12 after it received a license and technology from the USSR in 1960. The Indian Air Force also had An-12 aircraft in service (from 1961-th to mid-1990-s).

China helped build four new F-22P Zulfigar frigates, the last of which was delivered by the Pakistani Navy in April of this year. But the snag is that there are Russian weapons on these frigates, in particular, the AK-176 cannon of the 76,2 caliber mm. The main difference of the Chinese version is the stealth-shaped gun turret to reduce radar visibility. The gun is designed to destroy ships, aircraft and anti-ship missiles. This gun mount is in service with several ships of the Indian Navy.

Pakistani Tanks Al Khalid and Al Zarrar were created on the basis of Type 90-II Chinese tanks, which, in turn, were developed on the basis of the Soviet design T-54/55. Currently, Pakistan has about 300 Al Khalid and 500 Al Zarrar tanks in service. The tank arsenal of India also includes about 1000 T-55 tanks, which were supplied to the USSR from the 1960s, their withdrawal from combat personnel began only in 2011 as Arjun tanks of national development entered service.

Baktar Shikan Pakistani anti-tank missile is also the fruit of donated Chinese technology, namely, the Arrow ATGM. This rocket was developed on the basis of the Soviet 9K11 “Malyutka” technology (AT-3 Sagger, the rocket is designated as 9М14 - approx. “VP”), controlled by wires. India has long been in service with these missiles, now using modern anti-tank systems of Russian origin, such as Milan (Milan - probably meant ATGN 9K111 "Fagot" - approx. "VP" and "Competition" (9К113 - note . "VP").

Ctrl Enter
Noticed oshЫbku Highlight text and press. Ctrl + Enter
We are
The action “Military service under the contract is your choice!” In Rostov-on-Don: future contract servicemen, exhibitions and “Russian Knights”
Military Reviewin Yandex News
Military Reviewin Google News
19 comments
Information
Dear reader, to leave comments on the publication, you must to register.